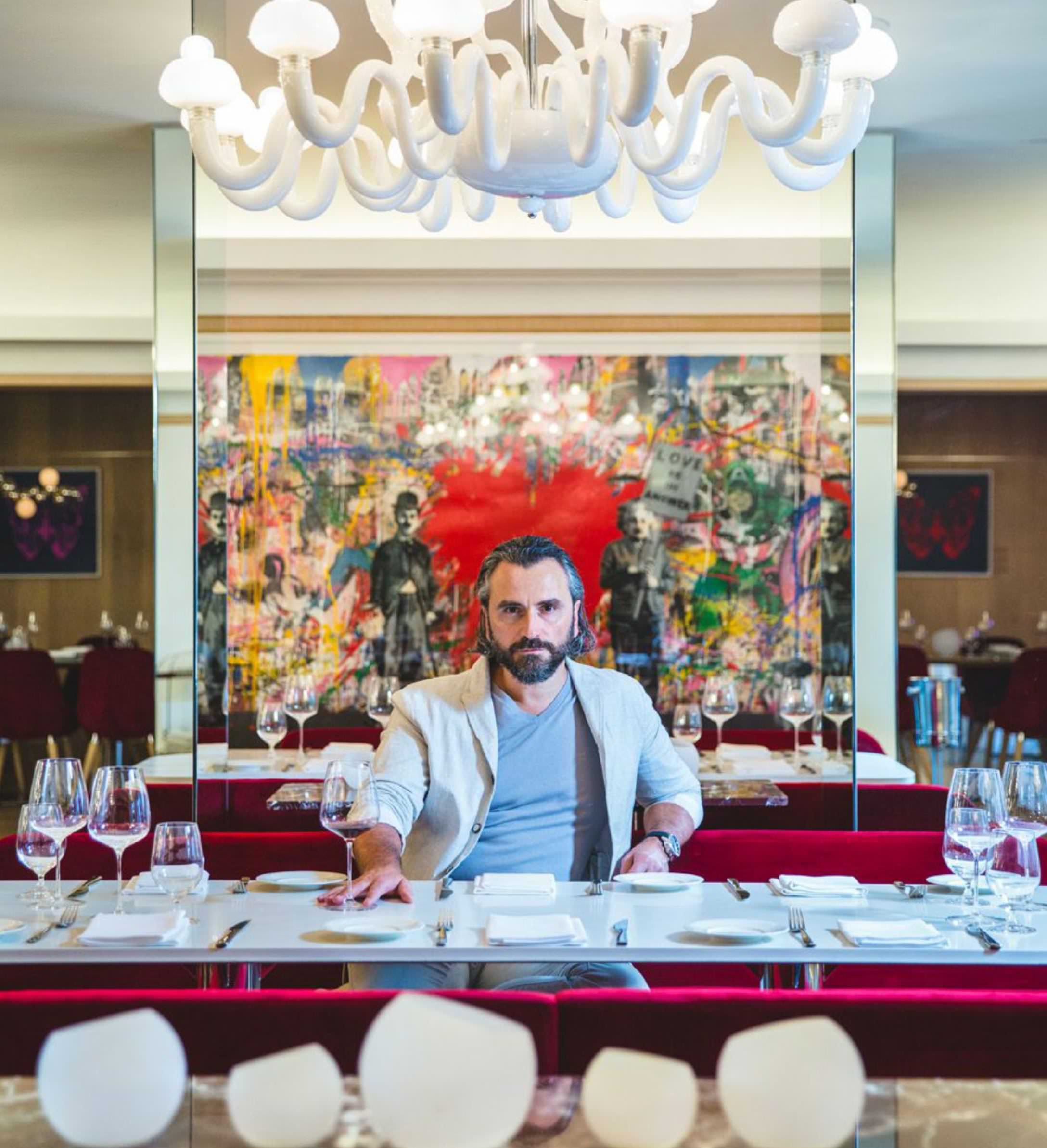 Designer and visionary Alessandro Munge continues to make his emotive and impactful mark on many of the world’s most prestigious and eclectic landmarks, including properties from Toronto’s Madison Group, Mercatto and INK Entertainment

Alessandro Munge, founder and principal of Toronto-based Studio Munge, is a multidisciplinary designer and unconventional visionary who focuses on transforming spaces into emotions. “I love to ignite and inspire ‘aha’ moments,” Munge says.

The middle child of three, Munge is passionately Italian, having spent the first five years of his life in Filetto, a small town in Italy’s Abruzzo region. Italian was always spoken at the dinner table when Munge was a child, which instilled in him a lifelong love for family and all things Italian. The 39th recipient of Contract Magazine’s Designer of the Year award and the recipient of Design Leader in Hospitality at the HiP Awards given by world-renowned Interior Design magazine, Munge got his creative start when his mom, Nella, who owned a drapery business, took him along with her to see clients. “I was just sitting at a table, doodling drapery solutions, while my mom talked with a lady,” Munge says. “And then, the customer said to my mom, ‘Nella, why don’t we make what your son is drawing?’ I learned from a young age that I could communicate through drawing, by what I could create.”

That was the aha moment for Munge: there was a business aspect to what he was doing, and people were willing to pay for his creativity.

After graduating from Ryerson in 1994 with a bachelor’s degree in interior design, Munge was hired at the Toronto office of Yabu Pushelberg, where he had interned during his time at university. In 1997, he co-founded Munge Leung, becoming well-known for designing the popular Guvernment nightclub for Charles Khabouth, CEO of INK Entertainment (and one of Toronto Life’s 50 Most Influential People). Munge’s long and successful relationship with Khabouth (they have worked on over 30 projects together) has produced renowned Toronto landmarks such as Bisha Hotel & Residences, Sofia, Rebel, Cabana Pool Bar, and Akira Back, to name a few.

“Alessandro has a good understanding of the hospitality industry,” Khabouth says. “He understands flow and function, as well as how to evoke an exciting dynamic. I care about someone who both can bring out strong emotions and is also a strong believer in what he does. I don’t want someone who just agrees with me. I like fighting with Alessandro — unfortunately, he wins most of the time.”