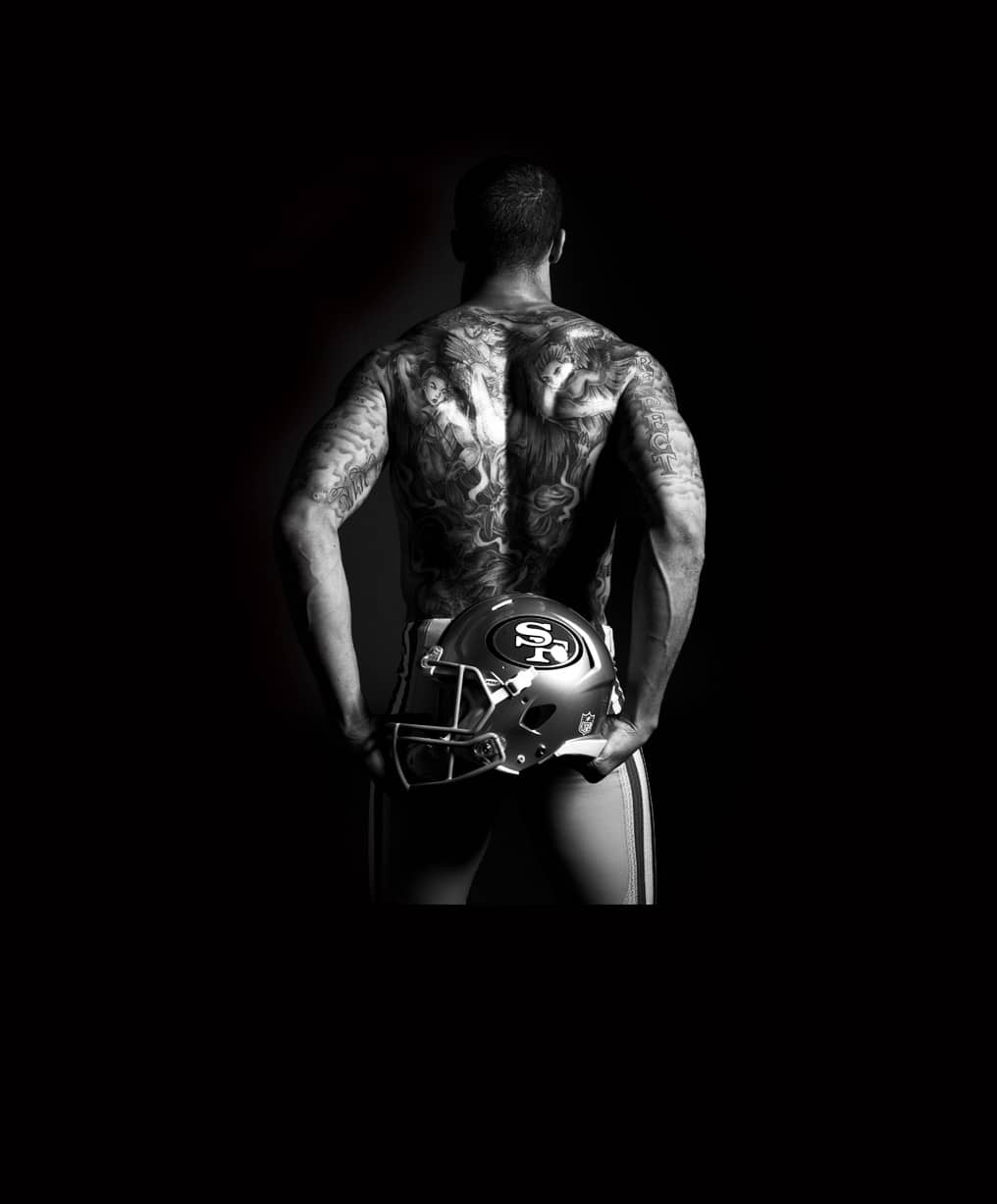 With social issues being complicated, complex, controversial and sometimes polarizing, the simple taking of a knee was a powerful symbolic statement

Bravery can be demonstrated in many ways and it can come in many shapes and sizes — some big and some small. In a preseason National Football League (NFL) game in August 2016, San Francisco 49ers quarterback Colin Kaepernick did something small — which grew into something huge — becoming a symbol of a global movement for change: Black Lives Matter.

Kaepernick simply did not stand for the American national anthem. And by not standing, he stood up for something much bigger than himself.

He didn’t kneel, either, at least not at the beginning. His No. 7 jersey sat on the bench — alone — while the rest of his teammates stood for the American national anthem, traditionally played before sporting events in the United States.

“I am not going to stand up to show pride in a flag for a country that oppresses Black people and people of colour,” Kaepernick said in a post-game interview. “To me, this is bigger than football, and it would be selfish on my part to look the other way. There are bodies in the streets, and people getting paid leave and getting away with murder.” He was referencing a series of African-American deaths caused by law enforcement that led to the Black Lives Matter movement and said he would continue to protest until he felt like “the American flag represents what it’s supposed to represent.”

Kaepernick’s protests were widely interpreted as being in solidarity with Black Lives Matter and came at a key time for the movement. When examining both Black Lives Matter and Kaepernick, it is important to understand how two separate movements, evolving on parallel tracks — one protesting for a cause and the other symbolizing a movement — began and became so closely linked.

Black Lives Matter was founded in 2013 by activists Alicia Garza, Patrisse Cullors and Opal Tometi as an organized movement dedicated to non-violent civil disobedience in protest of police brutality and to raise awareness of racial inequality and injustice. It was formed with the hashtag #blacklivesmatter on social media after the acquittal of George Zimmerman in the shooting death of Black teenager Trayvon Martin in February 2012, and it now has 30 chapters worldwide. Today, the phrase “Black Lives Matter” can refer to a Twitter hashtag, a slogan, a social movement or a loose confederation of groups advocating for racial justice.