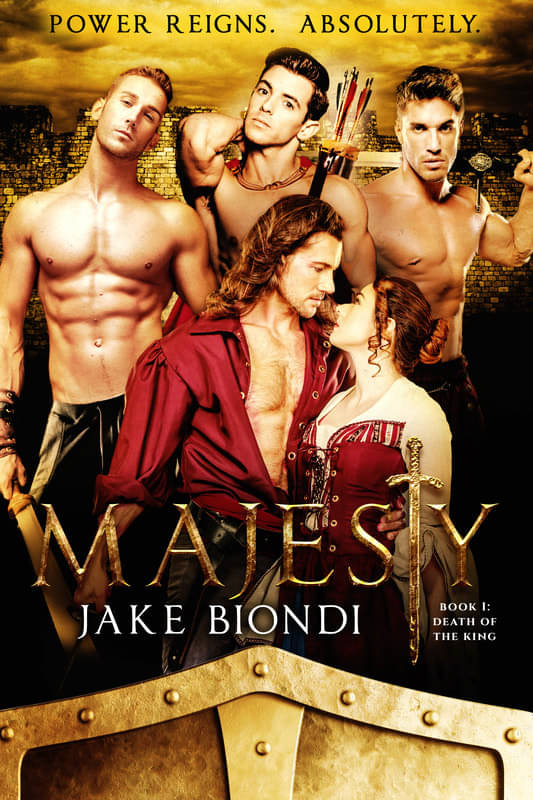 MAJESTY, the highly anticipated new book series by author Jake Biondi, hit bookshelves nationwide on Friday, December 13. “I thought I’d make this particular Friday the thirteenth a very lucky one for my readers who have been eagerly, and patiently, awaiting the release of the first book in this exciting new series,” Biondi explained. “The holiday season is the perfect time of year to give readers the gift they have been waiting for all year long.” The first book in the MAJESTY series is titled Death of the King.

MAJESTY is a period piece that opens with the mysterious murder of King Zachary Chamberlain, head of the royal family. “The king’s murder sends the entire Chamberlain family, as well as their kingdom, into turmoil,” Biondi teased. “The king’s four sons all start looking at one another with suspicion as they try to restore stability to the kingdom and bring their father’s killer to justice.” In the meantime, some relationships fall apart, forbidden love flourishes, and a plot to overthrow the entire Chamberlain family is unleashed.