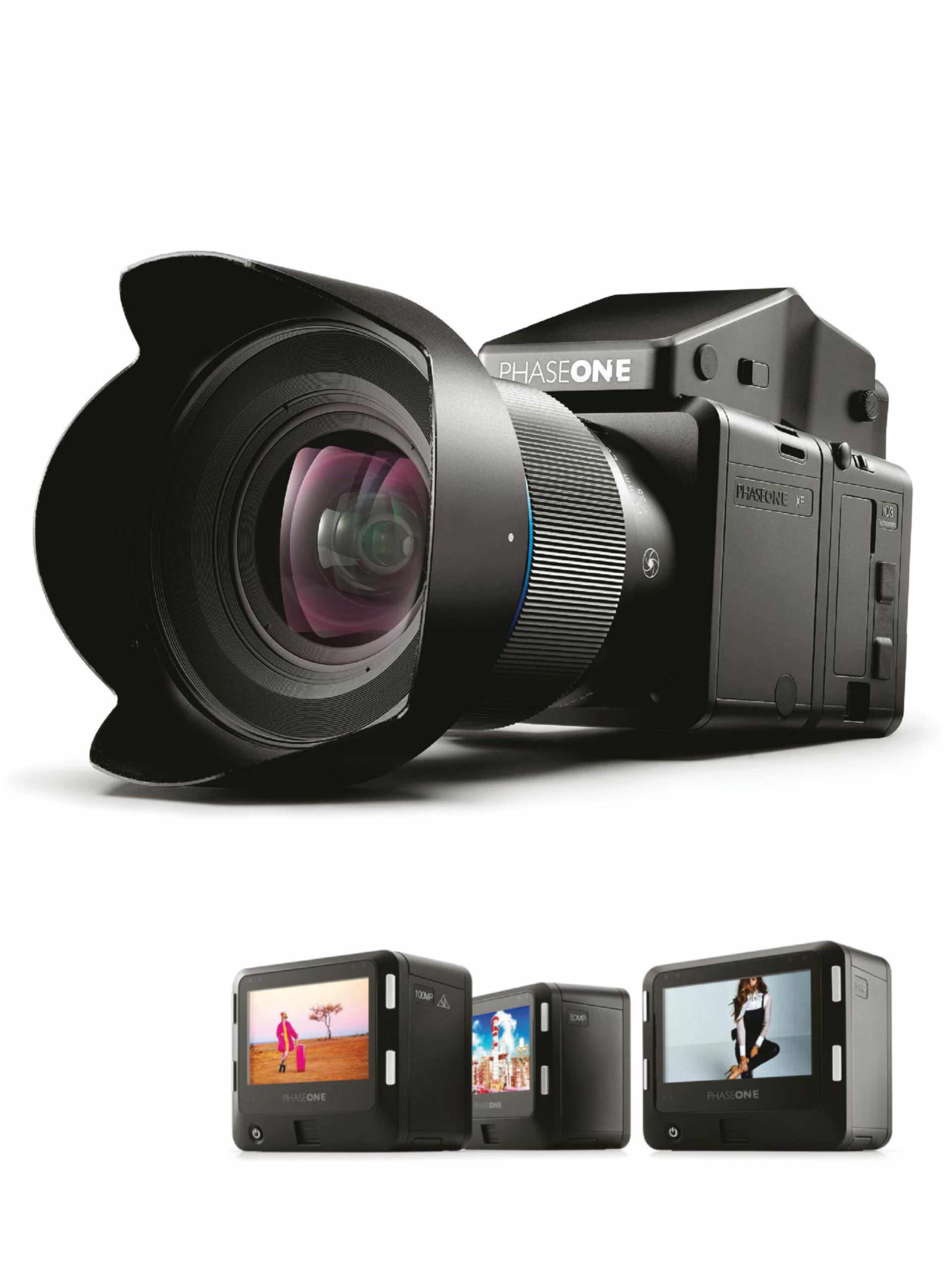 A camera designed to capture the highest colour fidelity possible for photographers who need the very best.

The IQ3 Trichromatic is Phase One’s most recent 100MP medium-format digital back compatible with the XF body. It uses a 53.4 x 40.1mm sensor that was designed in partnership with Sony with the aim of capturing natural colours with very high fidelity. Crucially, the sensor is almost 1.5x bigger than the 50MP sensors in the Fujifilm GFX 50S and Pentax 645 Z. That’s also about 2.5x the size of a 35mm full-frame sensor. As a result, the photoreceptors are comparatively large (4.6 x 4.6 microns), which is good news for noise control. Consequently, the sensitivity can be set in the range of ISO 35-12,800.

While having a single AF point seems a bit old-school, the XF has some nice modern flourishes and clever technology. There are two touchscreens for example, and both can be used for adjusting settings. There’s also a seismograph built in to detect vibration. In a stroke of genius, it can work as a type of self-timer to trigger the shutter to fire once the vibration caused by pressing the shutter release has died down.

In addition, there’s a Focus Stacking option that makes it easier to capture a series of images with different focus points and a Hyperfocal focusing option that maximises depth of field. Both are useful with the more restricted depth of field that’s captured with a medium-format sensor at any given aperture.