Delhiites Top 50 DJ's of the Year 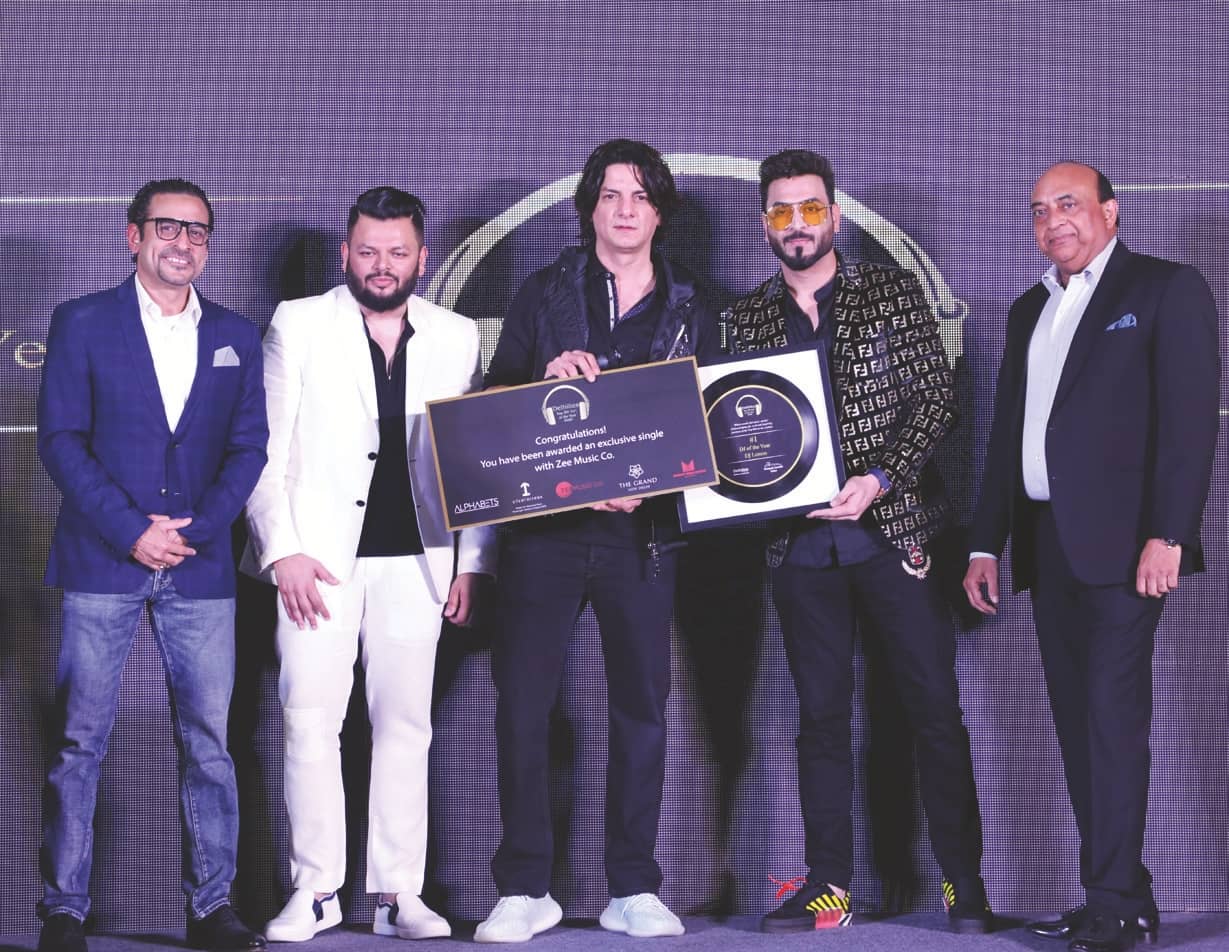 The one question most frequently asked by his fans is why the name Lemon? This has a nostalgic story, behind it as it was a nickname given to him by his beloved father who called him “Leem” which in his mother tongue means Lemon. To carry a piece of his father’s loving memory forward, it became his stage name. Every He has more than 8 Love Redefined Albums to his credit earning him the title of “Love Guru” by his followers across the globe. 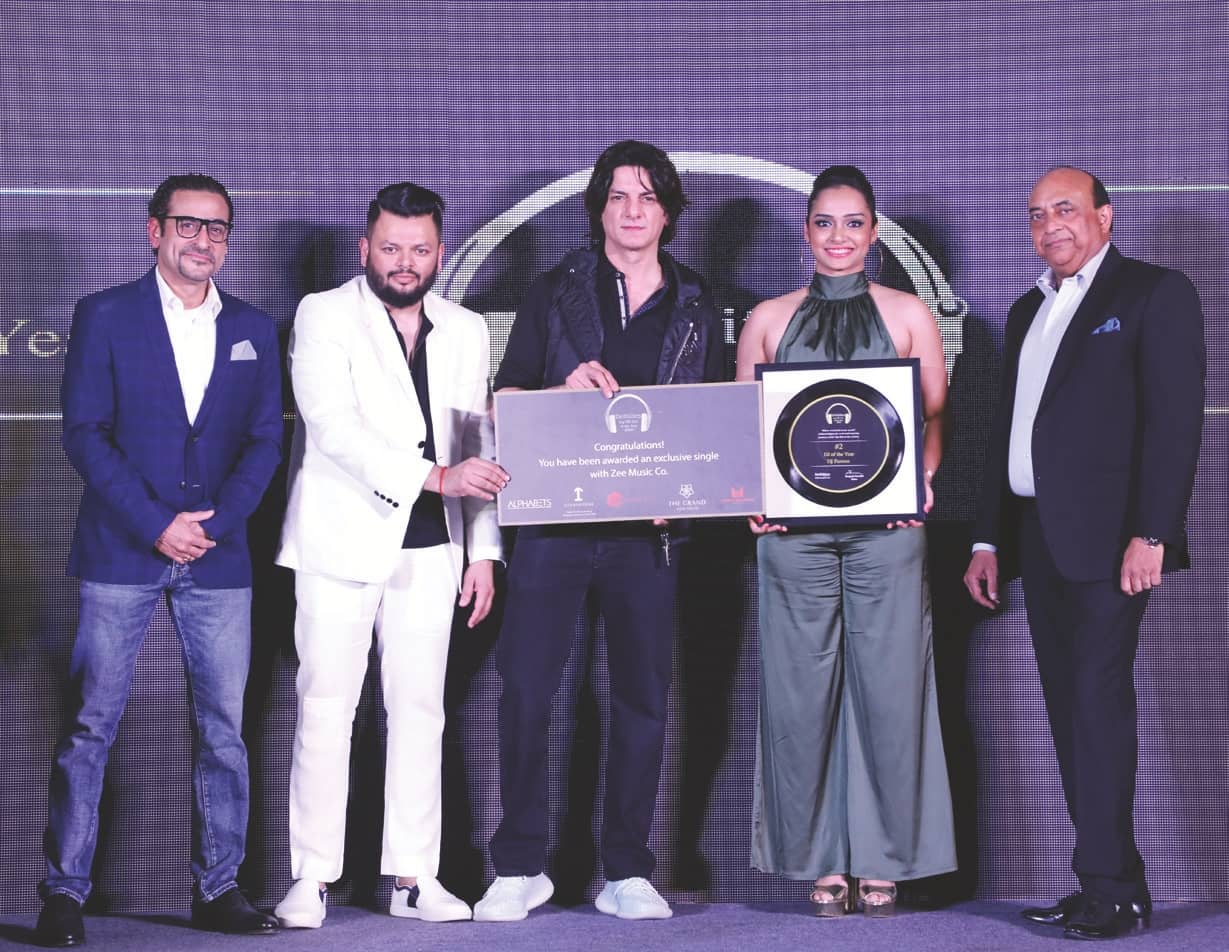 Paroma is a celebrity female DJ across India and Asia, and now a Singer and Music producer as well with her latest track release titled ‘You’re not worth a Sorry’ which is available on all leading music platforms..This led her to gain a huge fan following over the years and is still going strong. Be the best at what you do is her motto, and this has given her local and international recognition of being one of the leading Female DJs in the country. 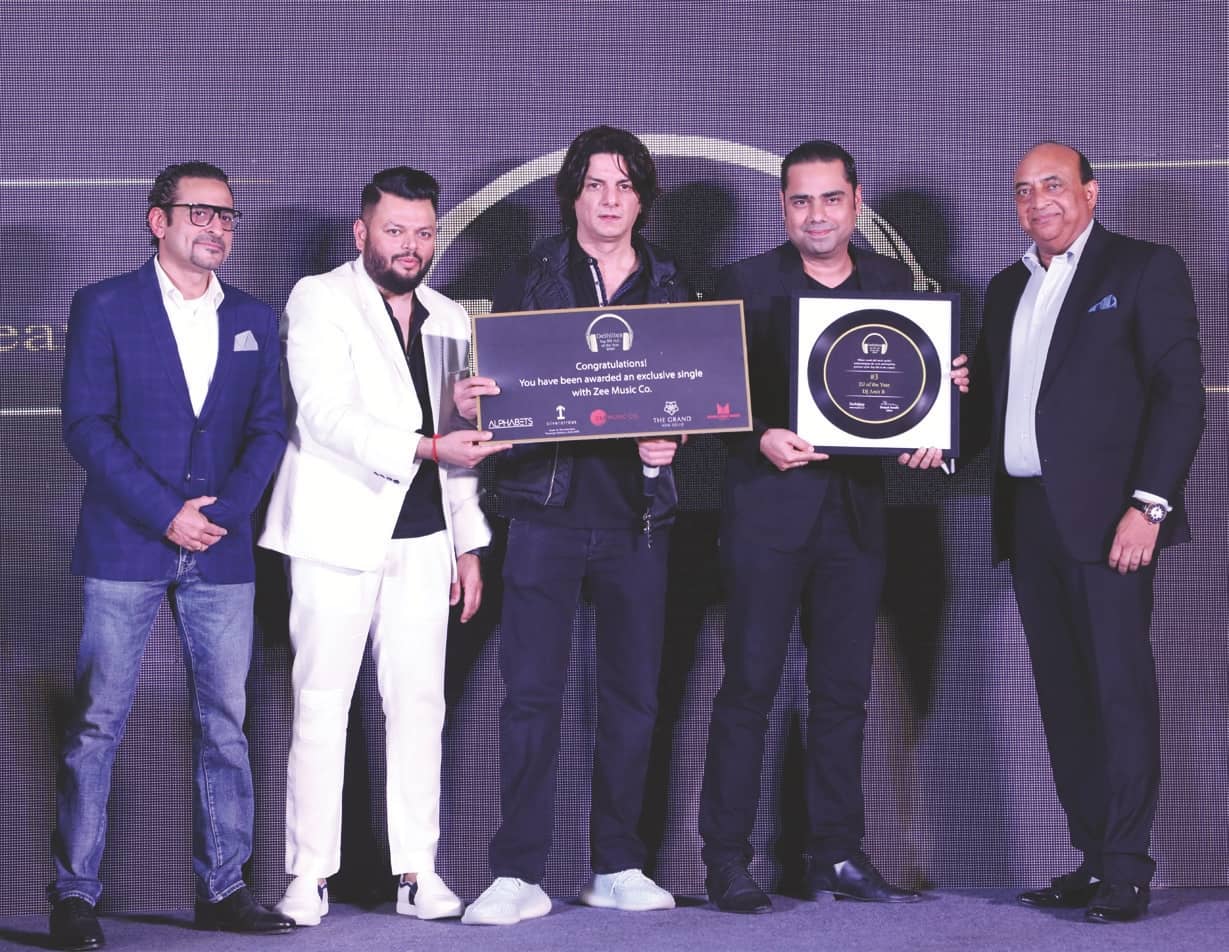 Our very own Delhi boy, DJ Amit B who has captivated our hearts to perform at Djjins to Mirage, Tapas, Capitol to Hype. He has produced albums which topped Channel V top 40 Charts with the famous number Yaad aa raha hai tera pyar not to forget the tracks like chahe meri jaan tu lele and soota, DJ Amit B has made his mark in Hollywood with his remix Pal from the movie jalebi singers Arijit and Shreya Ghoshal.

A magnetic, musically astute performer with dynamite energy,DJ Rink has entertained the world with her unique brand of high-energy performances since 2005, with over 2,000 Bollywood remixes to her credit. She has surpassed milestones and established benchmarks that have the power to inspire. She has been onoured and hailed by audiences and peers alike as a stellar performer and is recognized the world over as an ambassador of Indian Dance Culture Music Being a versatile performer and playing across all genres, she has everyone grooving to her music, Bollywood being the most popular segment.

Sartek’s music has garnered over 10 million streams across platforms and 7 millions views on Youtube. Sartek recently collaborated with a Punjabi vocalist to create a song called Tere Karke which crossed 5 million views on Youtube. He continues to push boundaries with his first release of 2020; a remix of Vivid’s Sayonee which is yet another fusion of genres. Sartek supported international pop star; Justin Bieber on the Indian leg of his Purpose world tour, playing to a crowd of more than 50,000 people, he has also shared the stage with artists like Martin Garrix, Hardwell. 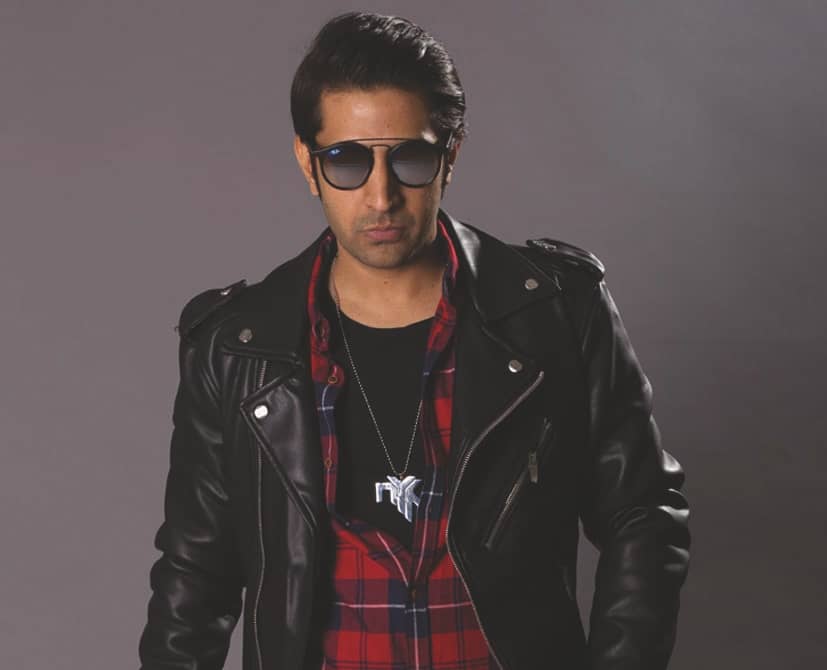 Dj Nyk is not only a multi award winning dj but a producer, radio host, Label boss and coach. He has been voted as the india’s best bollywood dj three times in a row. His latest new remix Filhal was loved by his fans and followers. 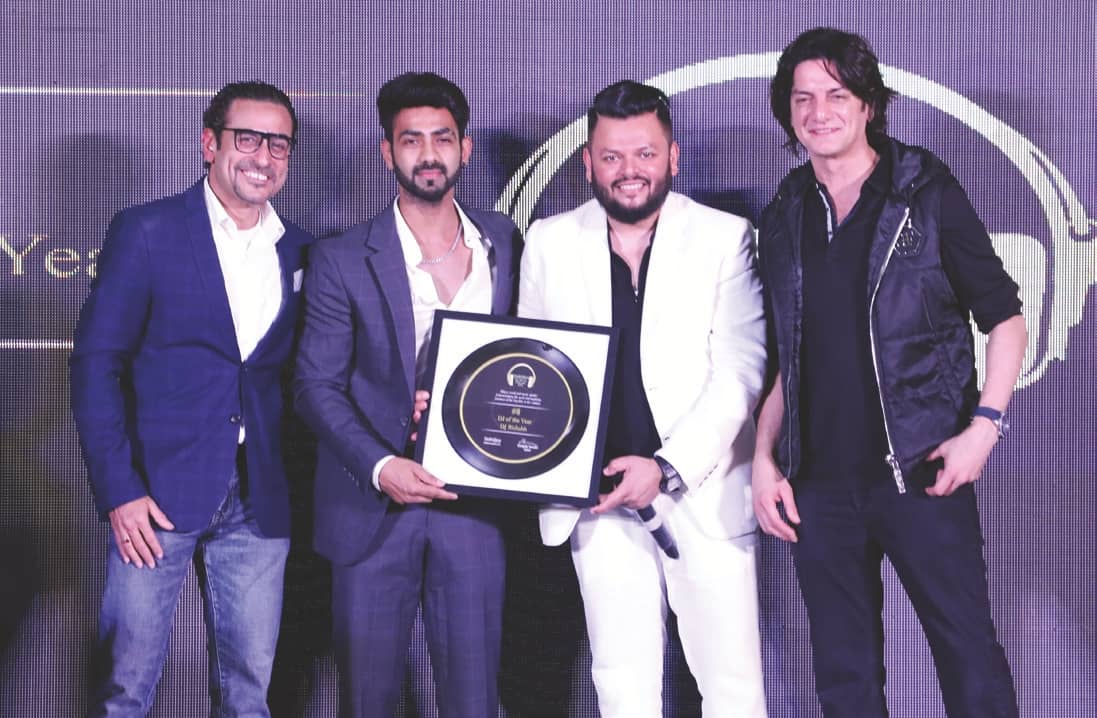 Rishabh is renowned for his electrifying shows, adrenalin-pumping sets and unique musical style that has seen him perform at several prestigious clubs and venues across India. With ove15 years of experience in producing serial hits for Sony Music, and hugely popular remixes with DJ Aqeel, DJ Rishabh has become one of the most popular and sought-after DJs at clubs and parties in top cities across India, America, Asia, Africa. 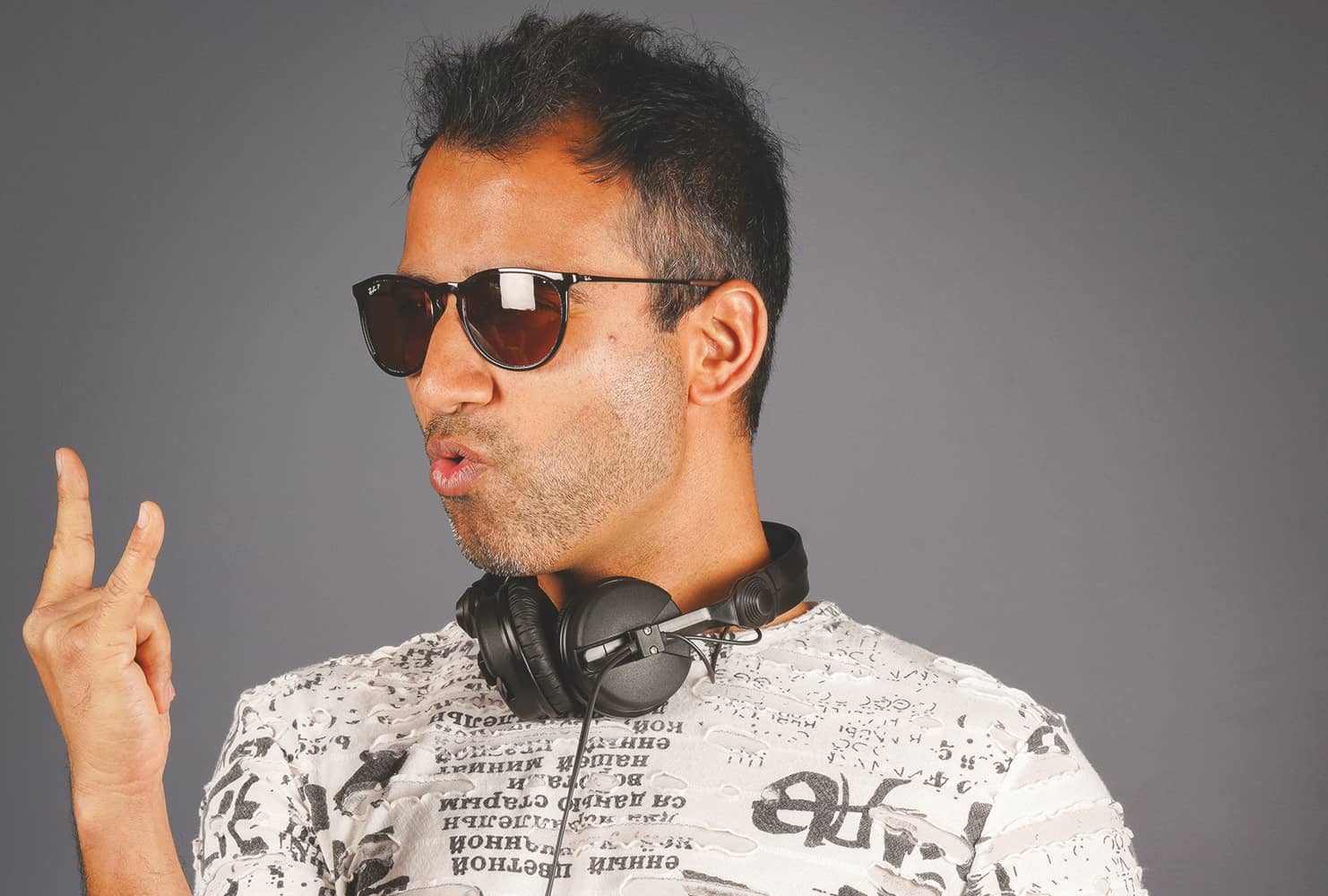 DJ Uri defines himself as a junction where passion for music meets creativity. Born in India and spent most of his 20s partying in nightclubs of Pune, Mumbai and Goa. He migrated to Australia in 2008 and felt the drive to paint Australia bollywood. He has played in Bollywood parties in almost every corner of Australia. 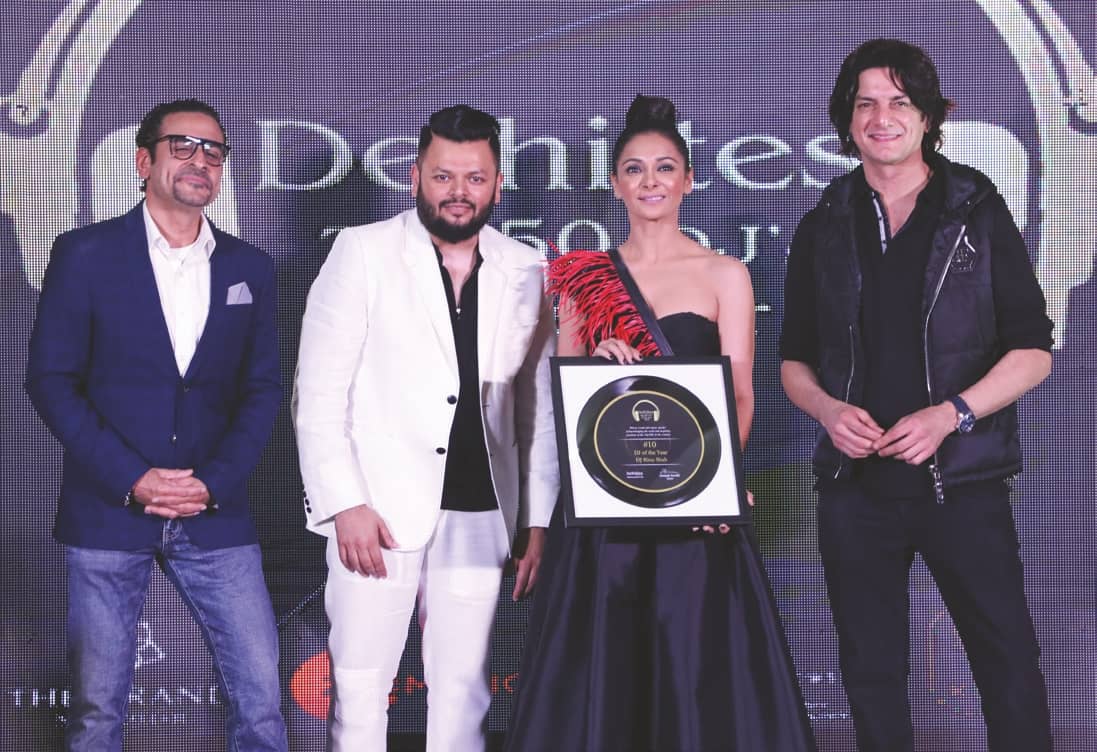 Rinaa is a multi-talented individual who is a polo player, fashion brand owner and uber talented DJ & Percussionist. She is currently signed with Label Talents as a part of their in house roster. Rinaa has taken her act to a whole new level by constructing a mesmerising custom made LED water drum kit. She is a pioneer in this space as the first and possibly only artist to combine the two. 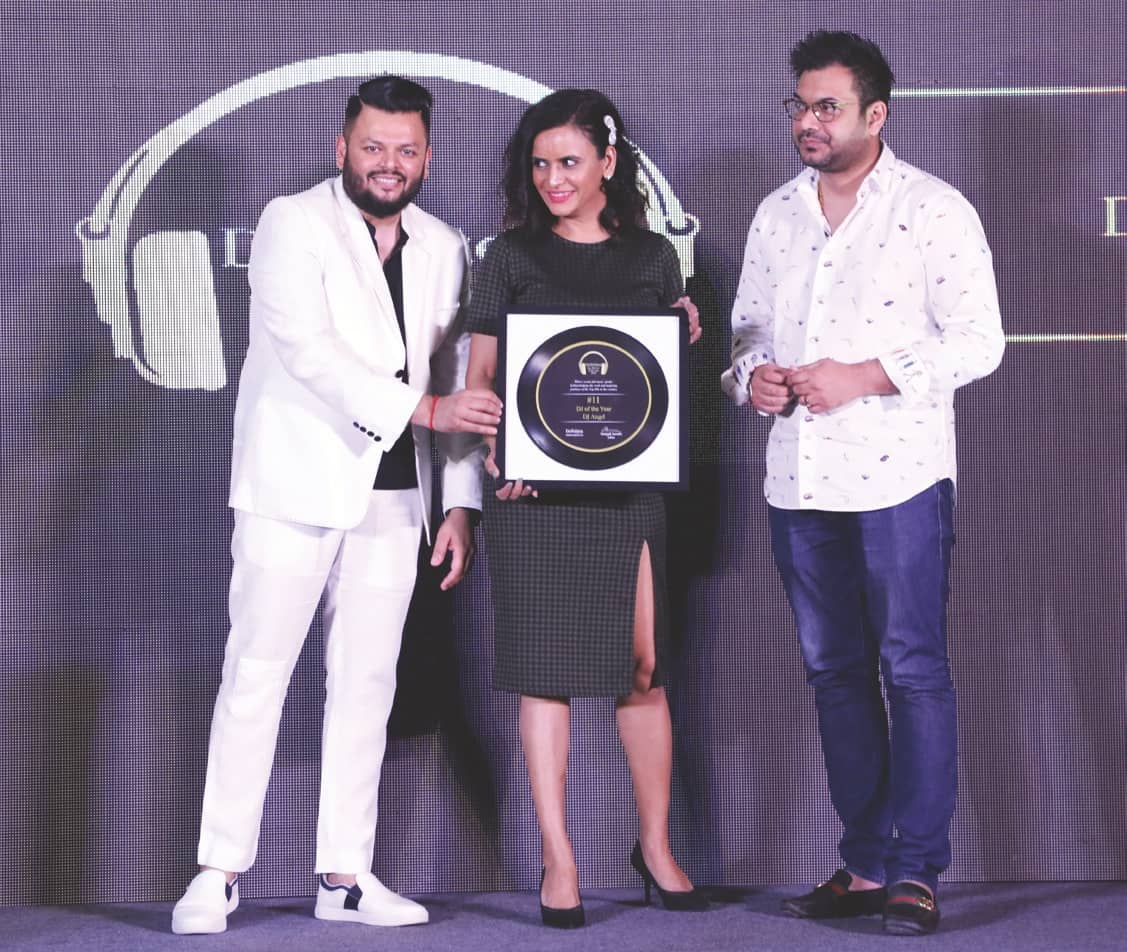 DJ Angel has done a number of remixes and songs, including the song “Horn OK Please” in Dedh Ishqiya as a music producer with Vishal Bhardwaj. Angel has cut her way the distance to being one of the highest blenders in Bollywood. Aashiqui 2, Boss, Bullet Raja, Jai Ho, Heropanti, Roy etc. Her style is unique with an added experience in clubs and private parties making it high on beats and people to dance on toes, DJ ANGEL has been dominating the club and music industry scene.

Donna started her journey of Djing way back in 2004, With more than 16years of experience under her belt she has been filling dance floors around the globe in Europe, Singapore, Thailand and many more. She has shared stage with artists such as: Sonu Nigam, Shafqat Amanat Ali , Juggy D, Jal To name a few. Her journey has just begun as she plans to move forward with Composing and singing and establishing herself as a complete musician. 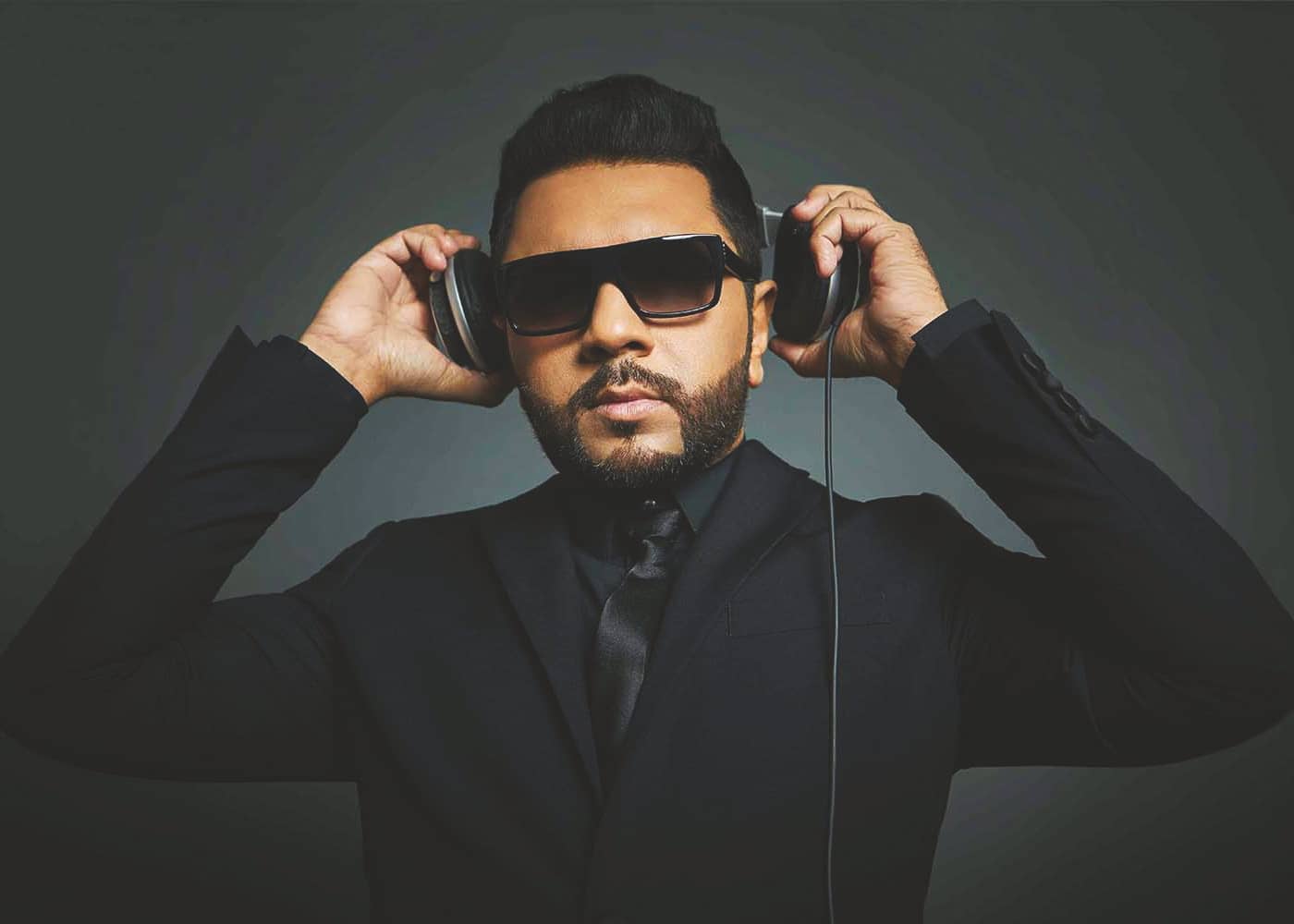 DJ Notorious is widely know for his Official remixes for Bollywood films and is one of the premier Bollywood DJ’s in India with an experience of 20 years in the circuit. He has 55 Official releases for 36 Bollywood films which include Gullyboy , Raees , Kesari , Good Newzz etc He has also played in over 300 different nightclubs in various cities spanning 19 different countries. He couldn’t join us today due to his fathers ill health, we wish him a speedy recovery. 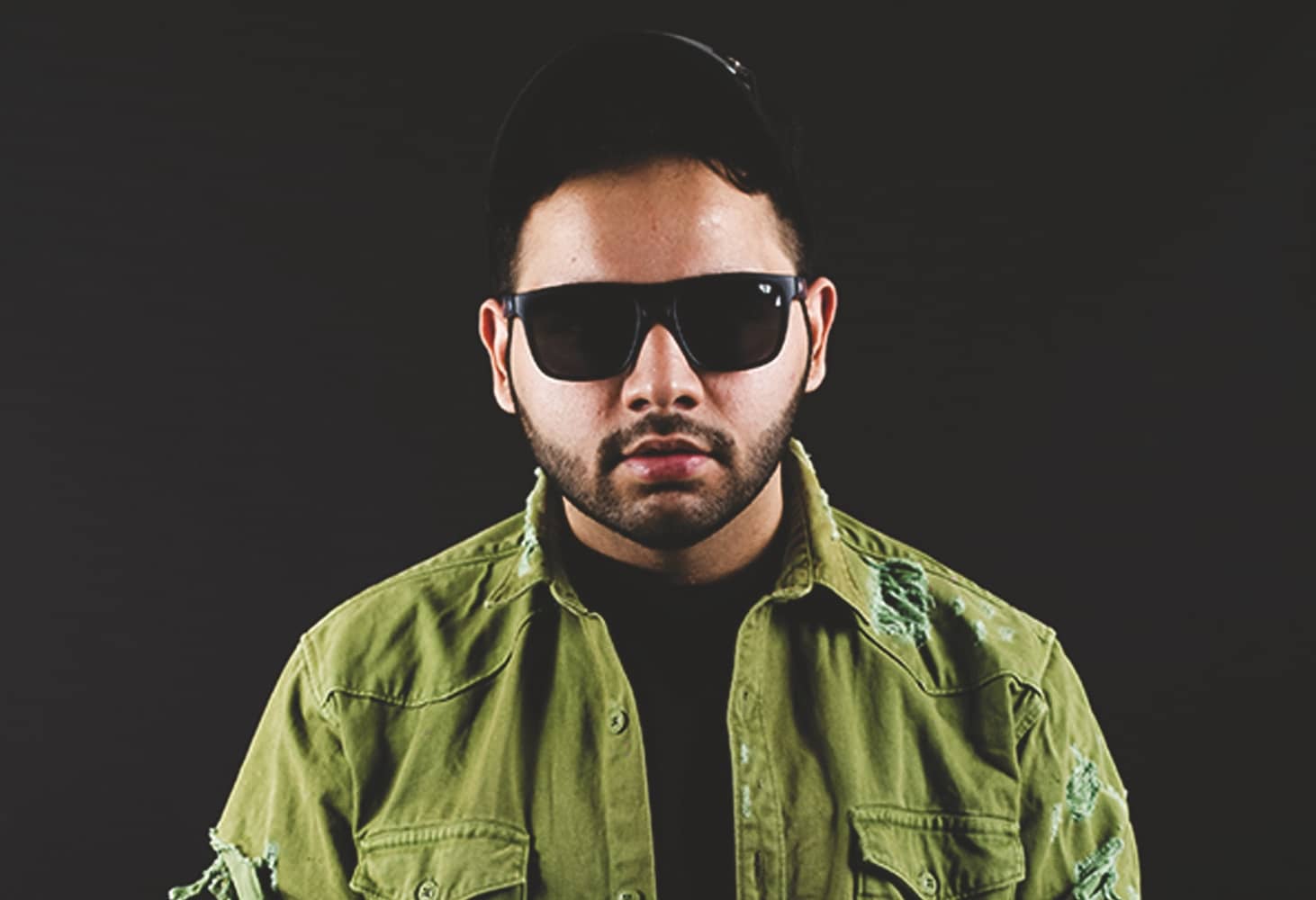 His passion towards music was since his childhood but, he chose to change his passion into his profession when he was 18 Years Old. His set of music does not depend where he is playing but who is he playing for and what kind of music pulls people! Knowing possibly all genres has made him play at numerous places in this very short time span. 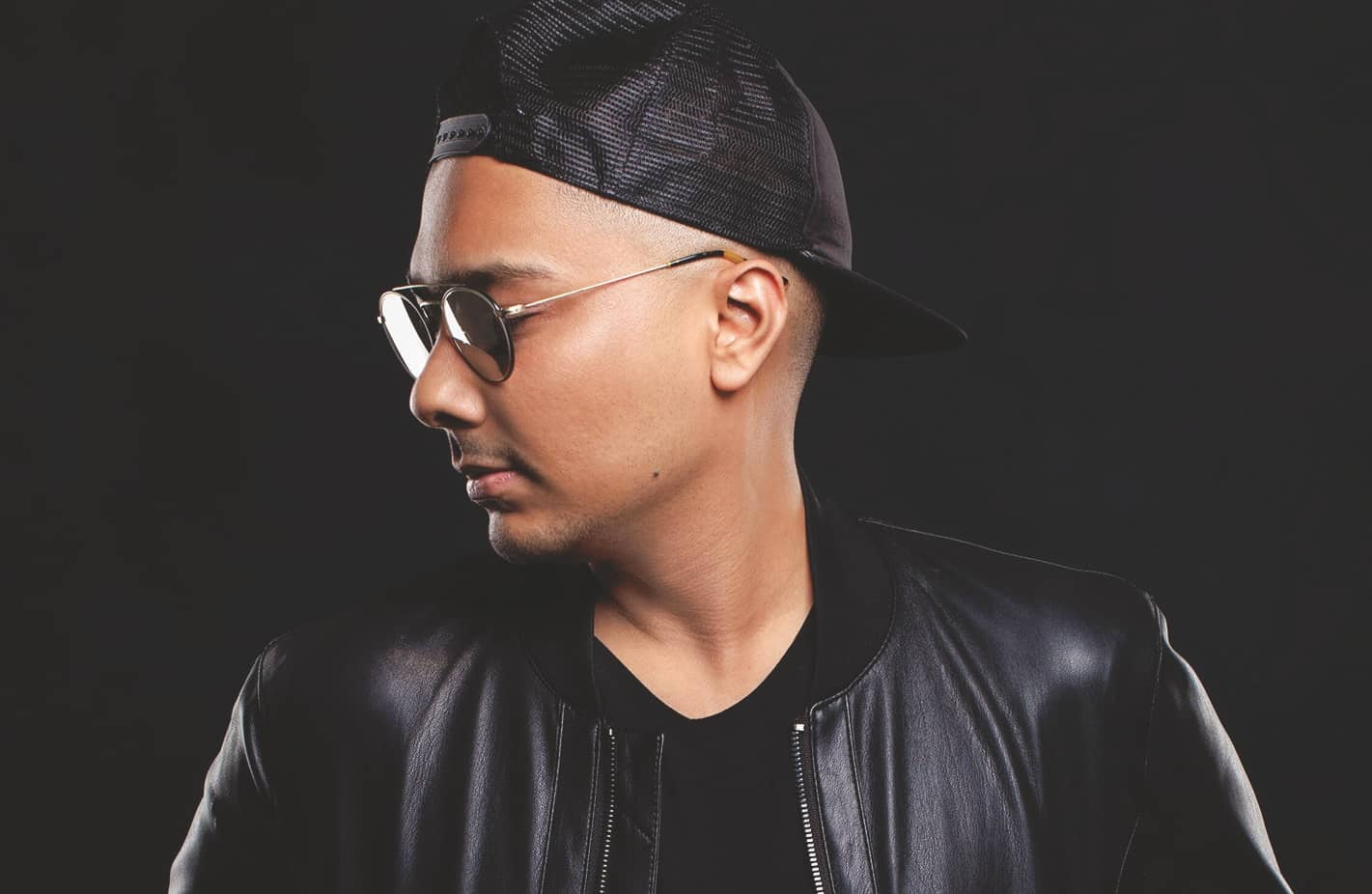 With over a decade of experience in the music industry, DJ Swap stands as one of India’s most experienced and well-known DJs. His diverse music palette ranges from Hip-Hop and R&B to House and even Bollywood. At the age of 14, Swap realized his desire to pursue music was more than just a hobby when he decided to pursue it as a career. 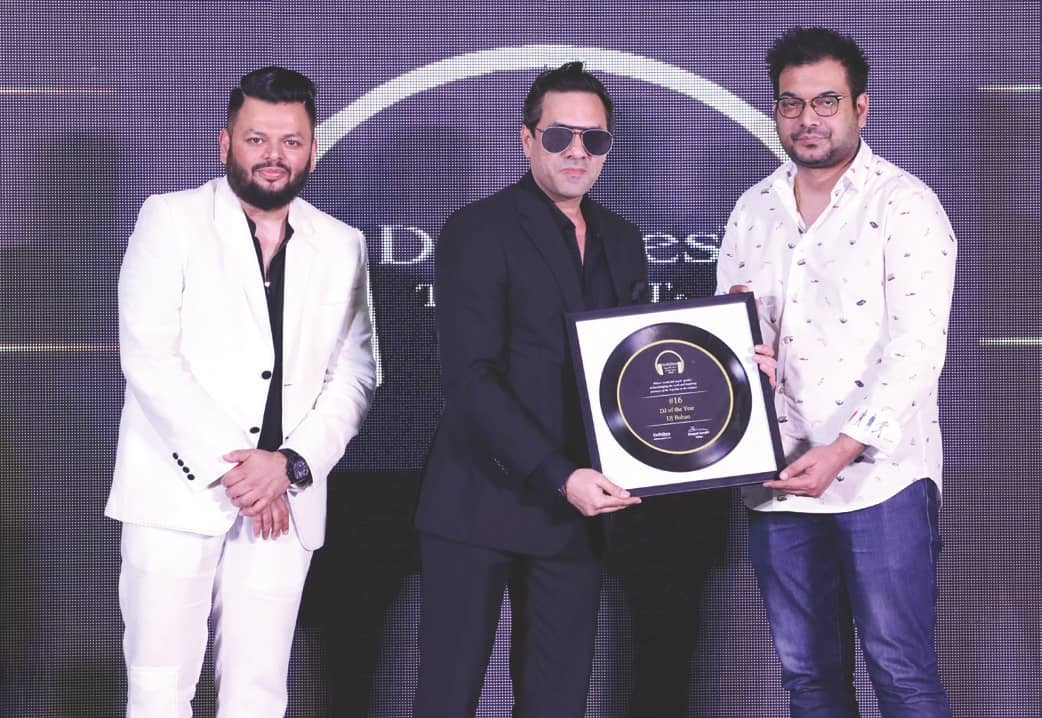