They'll Be Coming Down The Mountain 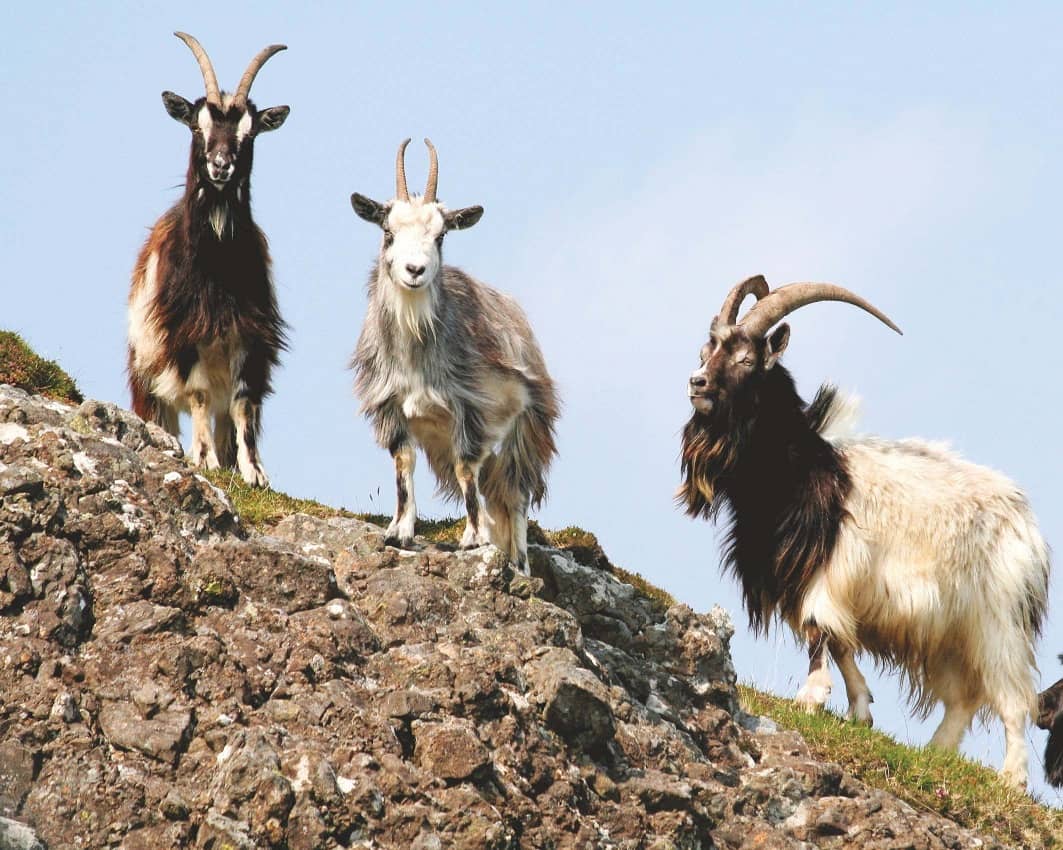 The feral goats of Llandudno hit the news recently for munching on hedges and sunbathing in the churchyard, but our caprine army is good for a lot more than taking the internet by storm, discovers Vicky Liddell

Of the many ‘wildlife takeovers’ recorded in recent months, the images of the Llandudno mountain goats careering through deserted streets were some of the most abidings. Videos of the caprine army soon went viral, but it was nothing out of the ordinary for residents of the seaside town, who are quite used to seeing a sudden difference in the thickness of their hedging.

This 100-strong hairy herd of white Kashmiri goats has been roaming the limestone headland of the Great Orme, on the north coast of Wales, for more than a century. The species was originally brought to Britain to launch a cashmere-shawl industry and the current herd is descended from goats purchased by Lord Mostyn for the Gloddaeth estate in the late 1880s. They were later released onto the Orme, where they have flourished in isolation into a distinct subspecies (Capra markhor).

‘They do like to come down from the hillside, especially if it’s windy,’ confirms Andrew Stuart, a video journalist and unofficial goat correspondent, who filmed the goats when staying at his parents’ house during the lockdown. ‘This time, as everything was quiet, they went much further into the town.’ Indeed, moving freely in a large pack, the goats helped themselves to anything they fancied and sunbathed in the churchyard. ‘Trinity Square’s hedging took quite a battering and, after a while, we started to recognize certain characters that returned every day,’ adds Mr. Stuart.

Normally quite shy, the Llandudno goats have nevertheless become accurate local weather forecasters. In June 1993, a large group of billies was spotted near the old post office just before the heaviest rainfall ever recorded fell upon the town.