The return of the juniper 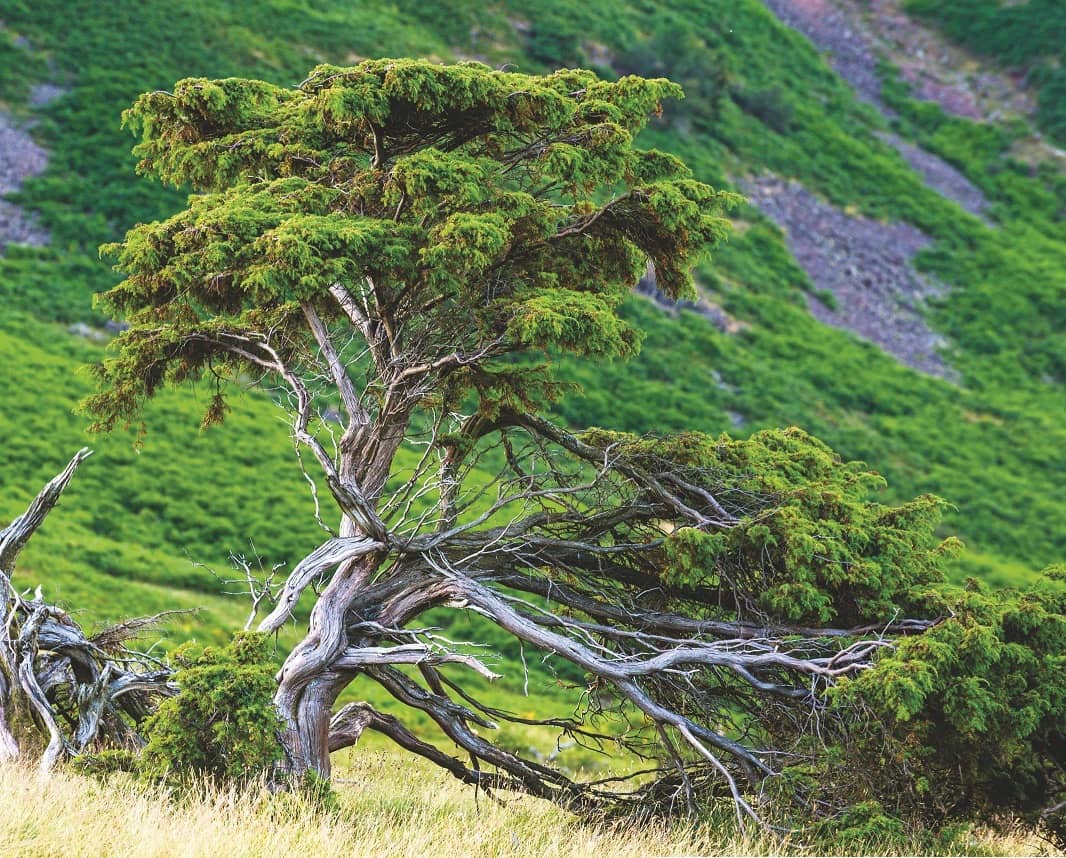 Once prolific across the British Isles, the prickly juniper bush may have been in decline for decades, but it’s making a comeback on Surrey’s North Downs, finds Vicky Liddell

Vicky Liddell
ON the vertiginous slopes of Box Hill in Surrey, Andrew Wright, National Trust countryside manager, is examining the contents of an aggressively prickly bush. He is checking on the progress of the aromatic berries of the juniper (Juniperus communis), which, despite being one of the first trees to colonise Britain after the last Ice Age, has been in steady decline over the past few decades.

Southern counties have experienced losses of between 60% and 70% and, in some regions, the species has disappeared altogether. Box Hill on the North Downs, the scene of Jane Austen’s imagined picnic in Emma, was once a stronghold, but, even here, its Juniper Top and Juniper Bottom sites are worryingly diminished, with no young plants and only a few ancient bushes remaining.

‘Juniper has everything against it,’ explains Mr Wright, who describes it as ‘a bit of a diva’. Female plants will often fail to catch the pollen when pollutants block off their receptors, seeds must first be eaten by birds and then go through two frosts. We need at least 30 plants to ensure a healthy population and milder winters are proving to be a problem.’

In 2014, help came from an unusual source when Neil Beckett, owner of Becketts Gin, came up with a proposal to help finance the propagation of 200 juniper seedlings in return for harvesting some of the juniper berries from the Duke’s Area, where there are still about 60 bushes. Every October, Mr Beckett collects about 500g of berries, which are divided up between conservation and gin production. ‘The homegrown berries give the gin a unique tart flavour, but raising the seedlings has proved quite a challenge,’ notes Mr Beckett. ‘The first year’s seeds were unviable, but subsequent harvests have improved and with luck, in a few years, the new bushes can be planted out on Juniper Top.’