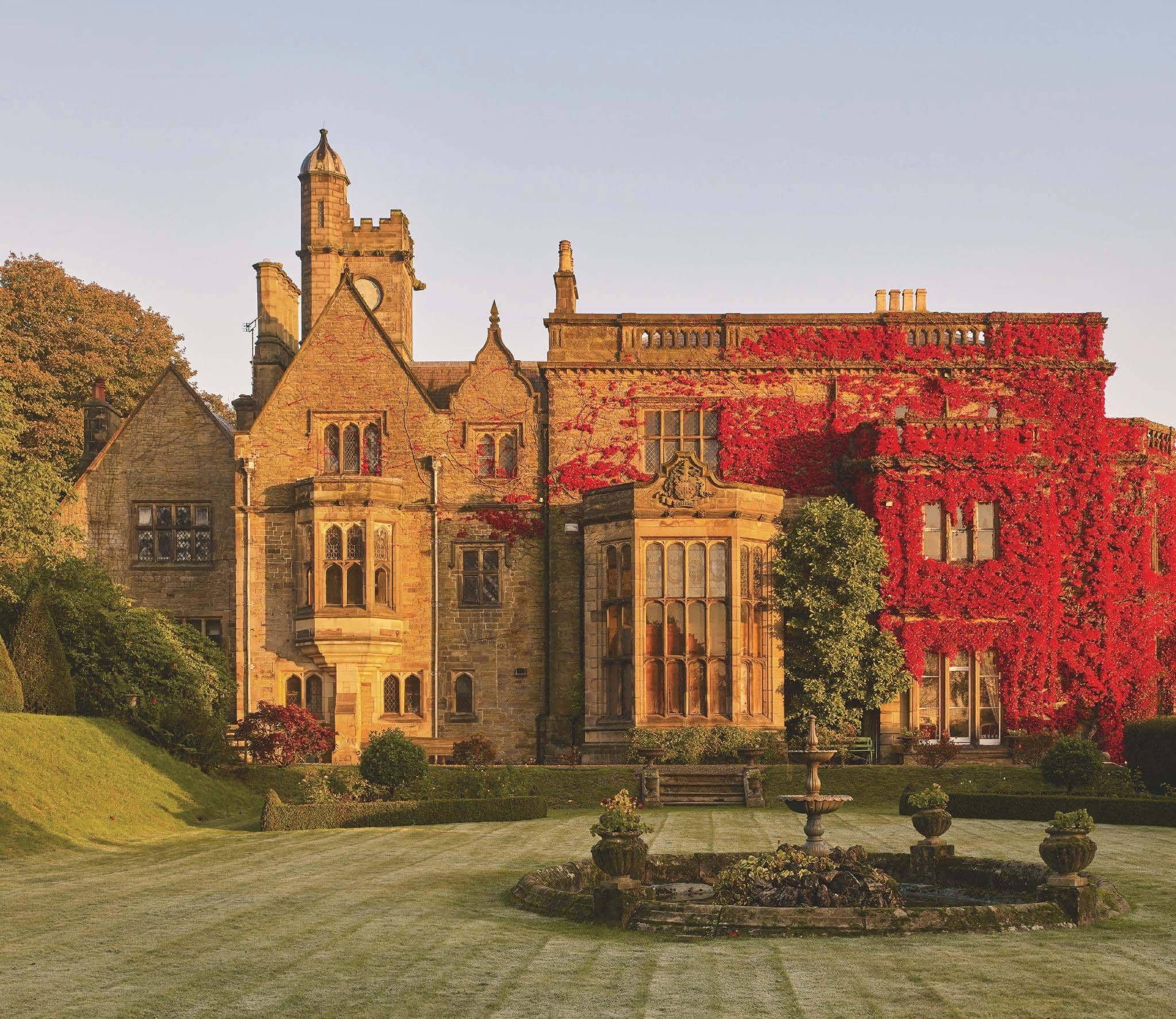 The characterful re-working of an ancient family house in the 1850s integrated its varied elements into an impressive and coherent whole. John Martin Robinson reports

DERBYSHIRE contains an array of some of the largest and most important country houses in Britain. In addition to such masterpieces as Haddon, Hardwick, Chatsworth and Kedleston, however, are middling houses of great interest that are still lived in and well-maintained, but comparatively unknown. Ogston Hall falls into this latter category. It is an intriguing building that has developed over many centuries, although its dominating character today is Victorian.

The hall enjoys a romantic site adjoining a beautifully landscaped reservoir formed in 1958, in the manner of the grandest of Capability Brown lakes. Its hilly shores are dotted with woods and old stone farmhouses, which still belong to the estate. The drive runs along the water side and brings the visitor to the northern gatehouse range. This dates to the 16th century, but was remodelled in 1899 to make it look more like Haddon, by a son of the house, Gladwyn Turbutt. He trained as an architect, but was killed in the First World War.

Turbutt’s death was the opening tragedy of a period of decline characteristic of many country houses in the early 20th century. From the Second World War onwards, the place was let to schools and religious institutions, until being sold in 1973 to Frank Wakefield, a Nottinghamshire businessman, who repaired it. The work of revival has been continued by his son, David, an expert on Proust and Stendhal, and his wife, Caroline, the eldest daughter of Sir Josslyn Ingilby of Ripley in Yorkshire. She has brought some of her family things to Ogston and replanted the terraced 19th-century gardens.

Ogston is first recorded in the Domesday Book in 1086, when it was part of the Deincourt manor of Morton. In about 1357, it descended through the female line when Joan, the Deincourt heiress, married a certain John Revell. By long-standing family tradition, the Revells came originally from Newbold Revel in Warwickshire and built up a land-holding at Shirland and Higham. The earliest member of the family of whom anything is known was Thomas Revell of Ogston, sergeant-at-law, who made a fortune from lead smelting. His will of 1474 survives.

Thomas’s younger son, Hugh, was also in the lead trade, a source of many Derbyshire fortunes, including that of Bess of Hardwick, and established a cadet branch at Carnfield, near Alfreton, from 1501. The Carnfield branch died out in 1797, more than 50 years after the male line of the Ogston Revells.

It is to Thomas that the oldest parts of the present hall, now much altered, can perhaps be attributed. The house is today arranged around a courtyard with the north stable range and gatehouse extending at one end from the plan. This northern range could be medieval—or certainly Tudor—in origin. So, too, might parts of the west range, which originally incorporated the hall and kitchen, but has been expanded with later domestic offices. Both, however, were heavily reworked in the 17th century, at which time parts of the present south range were also created, as revealed by blocked mullioned-transom windows within what is now the kitchen.