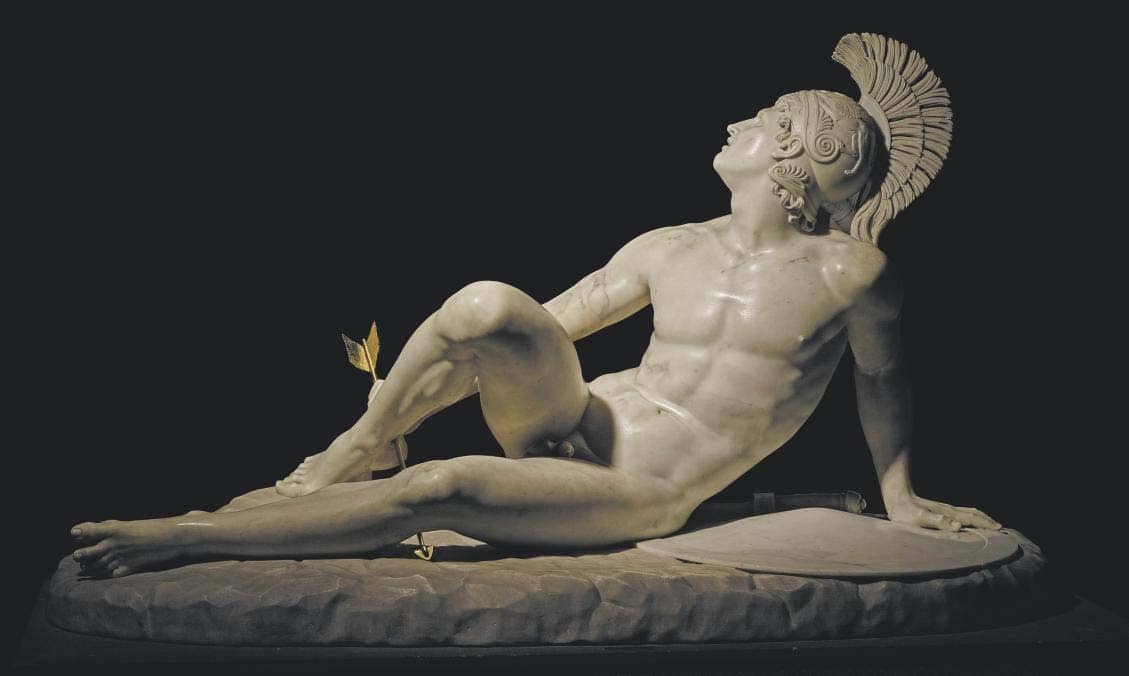 ENCHANTING, rich and diverse, this is not an archaeological investigation into the truth about a historic city—despite a section on Heinrich Schliemann’s late-19th-century excavations at Hissalik (Turkey). Rather, it’s an exhibition devoted to how the story of Troy has inspired generation upon generation of artists and writers. The fascination has continued into our present age, with Brad Pitt’s violent, yet balletic portrayal of Achilles; Alice Oswald reciting her Iliad-derived poem Memorial with the wide-eyes of a modern Cassandra; the late Christopher Logue’s reworking of the Iliad into street English; and Madeline Miller and Pat Barker’s powerfully imagined historical novels. As a story, palimpsest and archetype, Troy remains very much alive.

In the Bronze Age, Troy—also known as Ilion or Wilusa—was already an ancient settlement, with a freshwater spring and an excellent harbour beside the entrance to the Dardanelles strait. Mentioned in Hittite royal correspondence, it was an important place, although never more than a provincial city.

What made it famous was that, sometime in about 800BC, a blind bard whom we know as Homer composed a brilliant epic song about its 10-year siege, almost certainly making use of lines, plots, themes and imagery that had been familiar for hundreds of years. The best section of this cycle is the Iliad, focusing—with no good or bad side, no us and them—on the fight between Achilles and Hector.