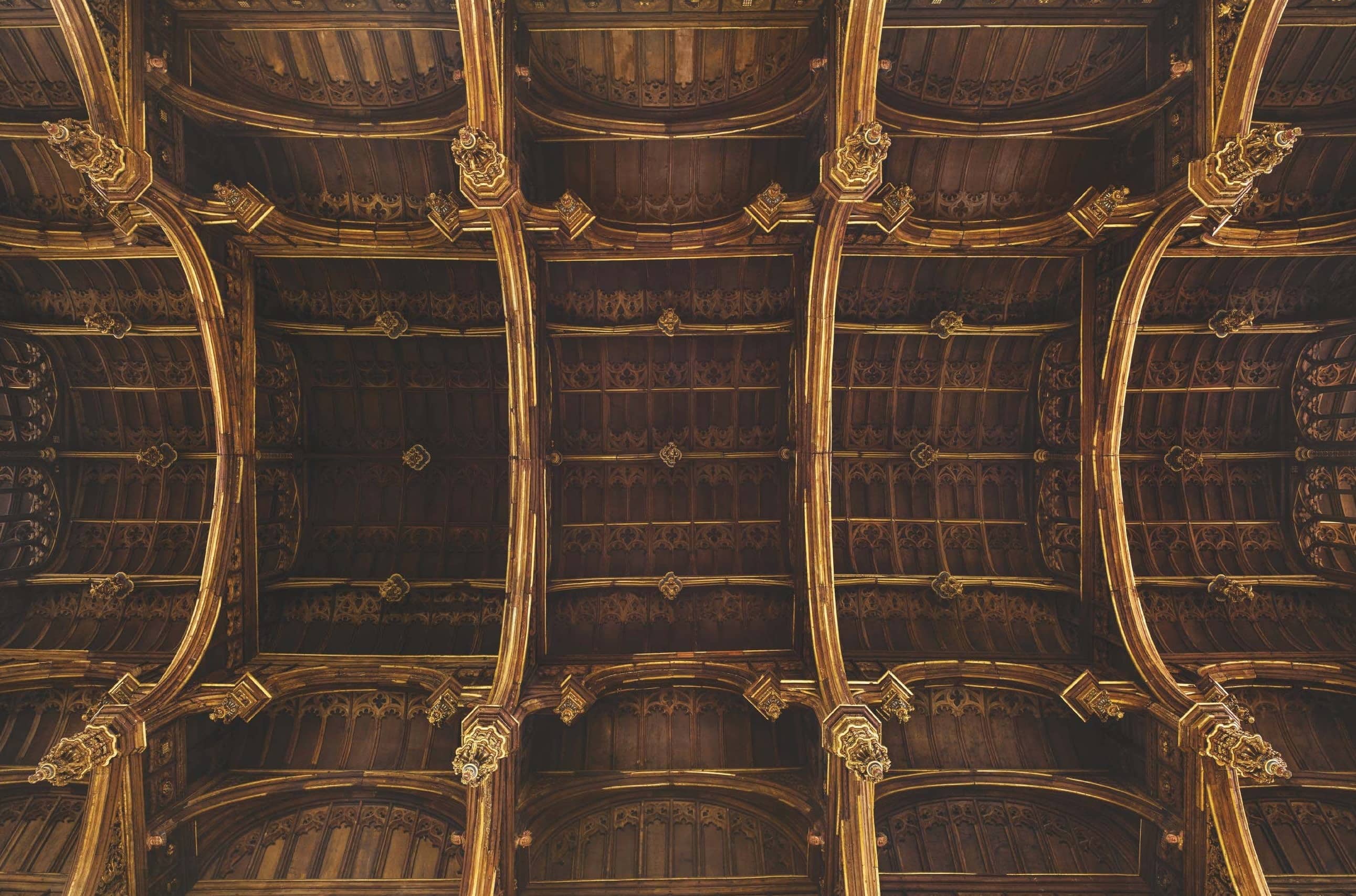 Hampton Court Palace, Surrey, part I In the care of Historic Royal Palaces In the first of two articles illustrated with specially commissioned photographs of the interior taken at the end of lockdown, John Goodall looks at the remarkable history of Henry VIII’s celebrated great hall at Hampton Court

FOR all the changes it has undergone, Hampton Court arguably brings the modern visitor closer to the world of Henry VIII than any other building in Britain. Its link to the founding king of Protestant England has always been important, not only to the popular perception of the palace, but also to the monarchs who occupied and developed it into the 18th century. Towards the end of its period of royal occupation, indeed, there were several proposals to rebuild the court.

All these grandiose schemes, however, aimed to preserve at least one inherited structure: Henry VIII’s great hall. The choice was not fortuitous. Not only was the hall exceptionally large and splendid, but it wasthe public centrepiece of the Tudor palace and, by extension therefore, its chief and most imposing architectural antiquity.

The modern visitor who climbs the stair from the middle gatehouse (Fig 2) and walks into the great hall might be forgiven for thinking that they had stepped back in time. The Tudor interior with its spectacular roof seems perfectly preserved and the walls are hung with 16th-century tapestries depicting the story of Abraham (Fig 5). For many centuries, tapestry remained the most expensive and luxurious wall covering in English domestic interiors and this particular set—heavy with gold thread—was commissioned by Henry VIII in 1537 from the Brussels workshop of Willem de Kempeneer. 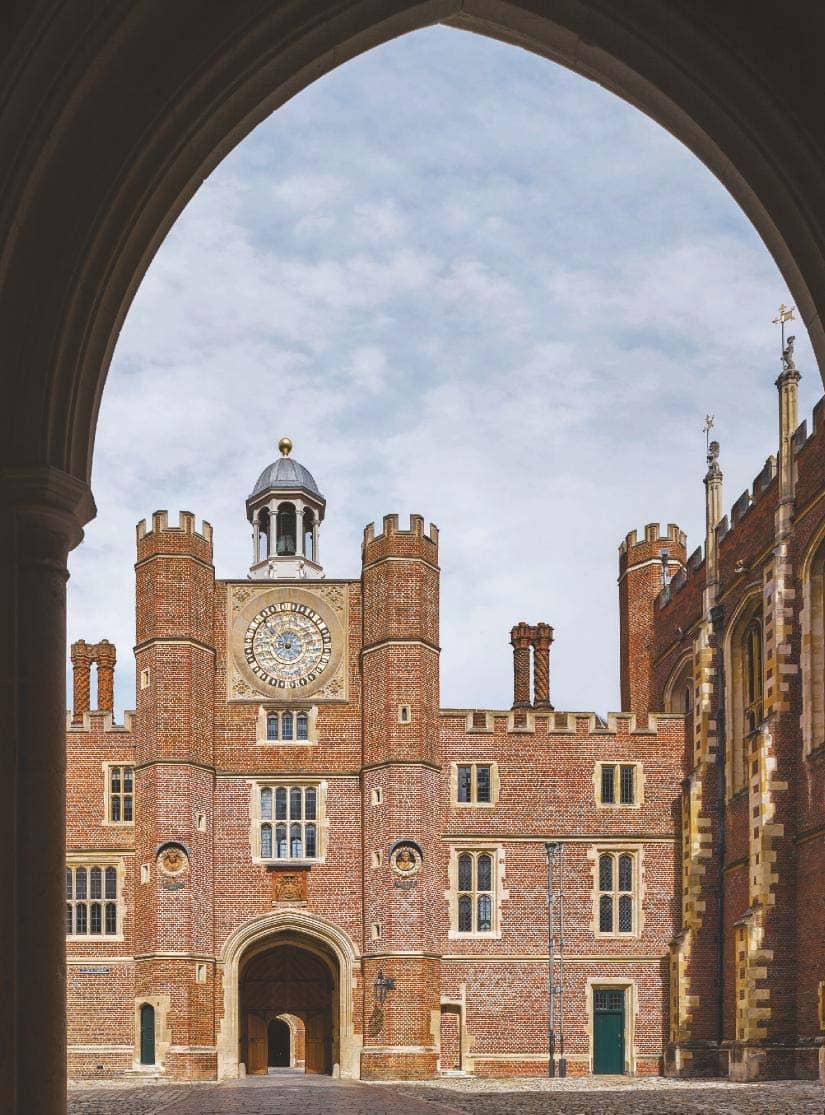 They were at Hampton Court by 1543–44 and almost certainly hung in this space on identifiable occasions, such as the reception of the Admiral of France in 1546. Their original brilliance has greatly faded, but a century later, in 1649, they were the single most expensive item in the entire art collection of the Crown, valued at a staggering £8,260.

Despite such authenticity of experience, however, the great hall is much more interesting than a mere survival. Rather, its fascinating story tells the tale of the palace as a whole. Our understanding of this owes a great deal to the work of Simon Thurley, whose important monograph Hampton Court (2003) constitutes the foundation for the present understanding of the development of the palace.

The architectural history of Hampton Court properly begins in the 15th century, when the manor was in the possession of the Knights Hospitallers. It stood in close proximity to the royal palace of Sheen, which was rebuilt first by Henry V and then by Henry VII, who renamed it Richmond. For this reason, the manor became desirable as a residence for courtiers and, in 1494, was leased out to Lord Daubeney. The courtyard house he knew and developed occupied the site of the present inner court and the position of its hall with kitchens to the north and a chapel to the east are still reflected in the layout of the Tudor palace (Fig 7).

In 1514, Cardinal Wolsey acquired Hampton Court and, under his supervision, it became by degrees a building of royal splendour. Wolsey added a new entrance or base court (Fig 3), completely redeveloped Lord Daubeney’s withdrawing apartments and created the present chapel (COUNTRY LIFE, November 12, 2014). It’s one mark of the sophistication of his patronage that he famously ornamented his buildings with roundels of Roman emperors by Giovanni da Maiano (Fig 4). As the poet John Skelton mockingly asked in about 1520, which court should you attend, the King’s Court or Hampton Court? ‘The King’s Court’ he observed ‘should have the excellence but Hampton Court hath the pre-eminence’.