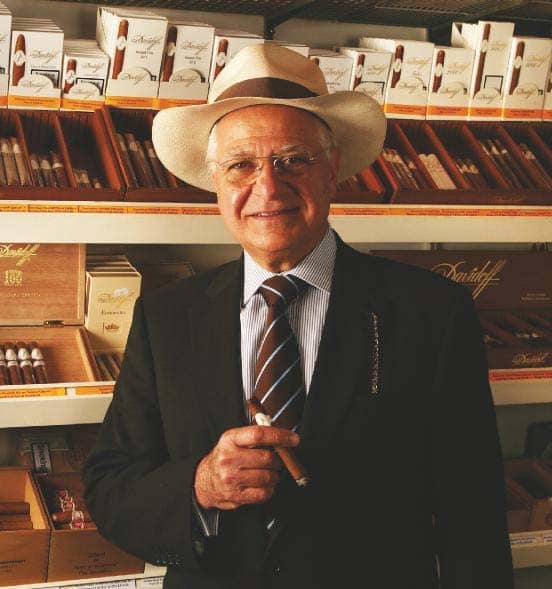 When Edward Sahakian opened his London Davidoff store 40 years ago, he transformed the industry–what better tribute than an anniversary cigar?

COUNTRY LIFE brings occasional privileged moments and one such occurred on a very warm day during September 2018, in Basel, Switzerland. The significance of this city, in the cigar world, rests upon it being the location of the headquarters of Oettinger, owner of Davidoff.

I was privileged not merely to be tasting a very special cigar, but actively participating in its production. My contribution was neither in the rolling nor the blending; happily, that was left in the more capable hands of the experts at the Davidoff factory, just outside Santiago in the Cibao Valley of the Dominican Republic. However, when it comes to setting fire to one end of a cigar and sticking the other between my jaws, I have had a bit of practice.

The cigar or, rather, the cigars in question—there were four of them—were candidates for the commemorative issue to celebrate the 40th anniversary of the opening of Davidoff of London. Much has changed since the summer of 1980, but at least one thing has remained constant: the southern corner of Jermyn and St James’s Streets have been home to Davidoff, known to habitues as ‘Edward’s’, after the proprietor, Edward Sahakian.