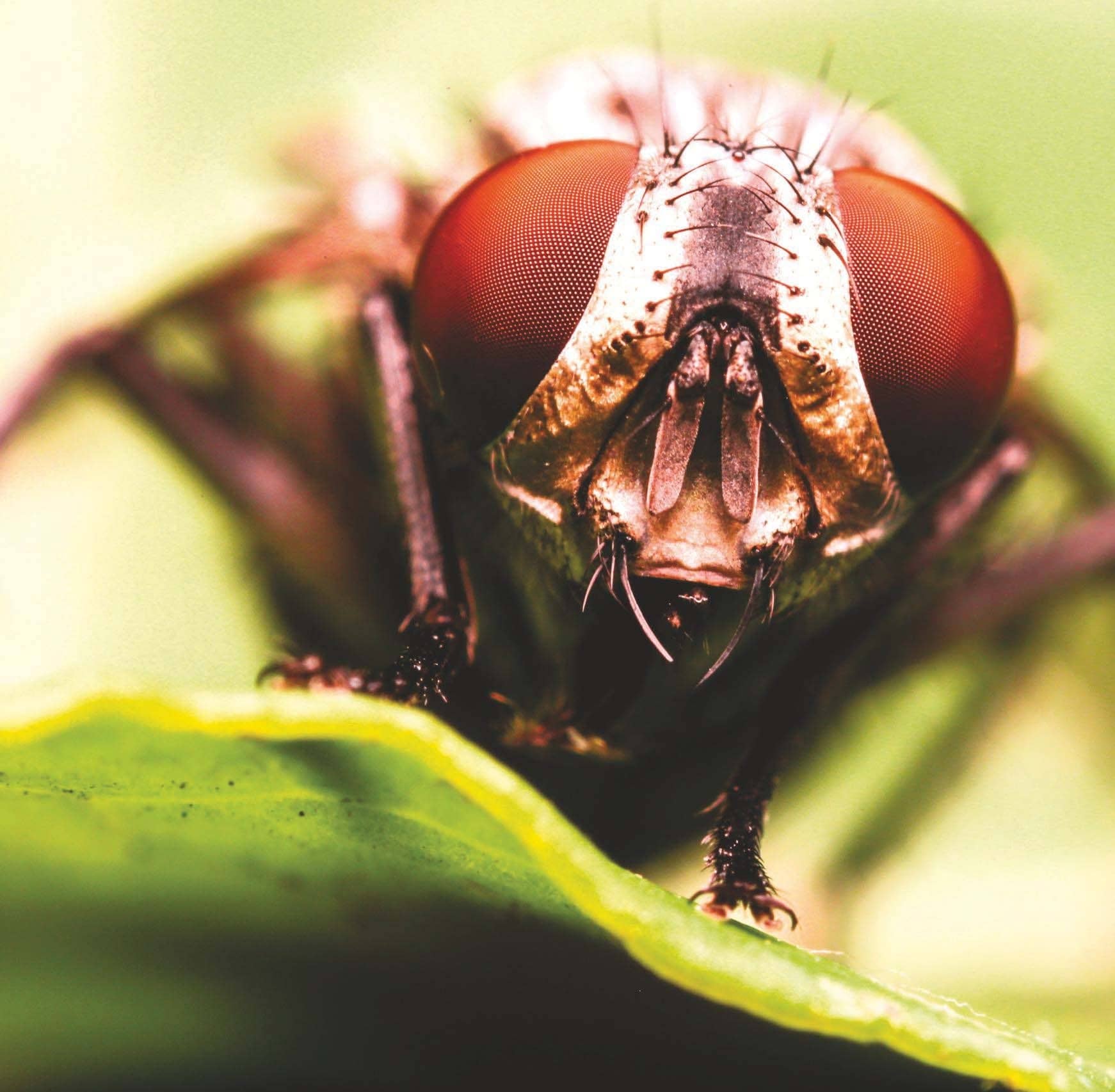 Houseflies carry cholera and anthrax, have been used as military weapons and are generally irritating, laments Ian Morton–but do they hold the secret to eternal youth?

WE always lived parallel lives, it seems. Houseflies and hominids both began to evolve after our planet was struck by an asteroid, some 66 million years ago. Provoking a surge of ‘new life’, the period is known as Cenozoic, so named in 1874 by English geologist John Phillips, from two Greek words (kainos for new, zoe for life).

The common housefly, Musca domestica, is thought to have originated on the steppes of Central Asia, but latched on to the development and expansion of human activity and habitation, thriving on the waste materials created by Man and his animals. It is the world’s most widely distributed insect, accompanies humanity on every continent and is one of 125,000 global species of the order Diptera, but accounts for 90% of all the flies we encounter during warm weather in this country. In socio-biological terms, we are commensal. There is no escape.

Common—too common—it may be, but the ubiquitous housefly boasts considerable natural skills. Its pair of wings beats at a rate of 20,000 times per minute and, although it flies at a mere 5mph, its mid-air avoi-dances are more than pure aerobatics. Studies of tethered flies have revealed vision psychophysics that provide the fly’s two prominent, red, 4,000-facet eyes, plus its three simpler eyes, with an exceptional ‘flicker fusion rate’.

This is the frequency at which intermittent light stimulus is perceived and, in the humble fly, as in some other winged insects, this is about seven times higher than human perception. For the fly, this effectively turns into clumsy slow motion our earnest endeavours with a rolled-up newspaper.

High-speed micro-photography tells us that, when a fly settles, its front pair of legs absorbs the shock. All six legs have a pair of claws and two adhesive pads. When it walks on a horizonal or vertical surface, three legs are in contact and three provide motion, but, on a ceiling—where it lands by performing a half roll at the last moment before touch down (or, rather, touch up)—it employs four legs to maintain secure mobility. No insect is more fit for purpose.