Life in the slow lane 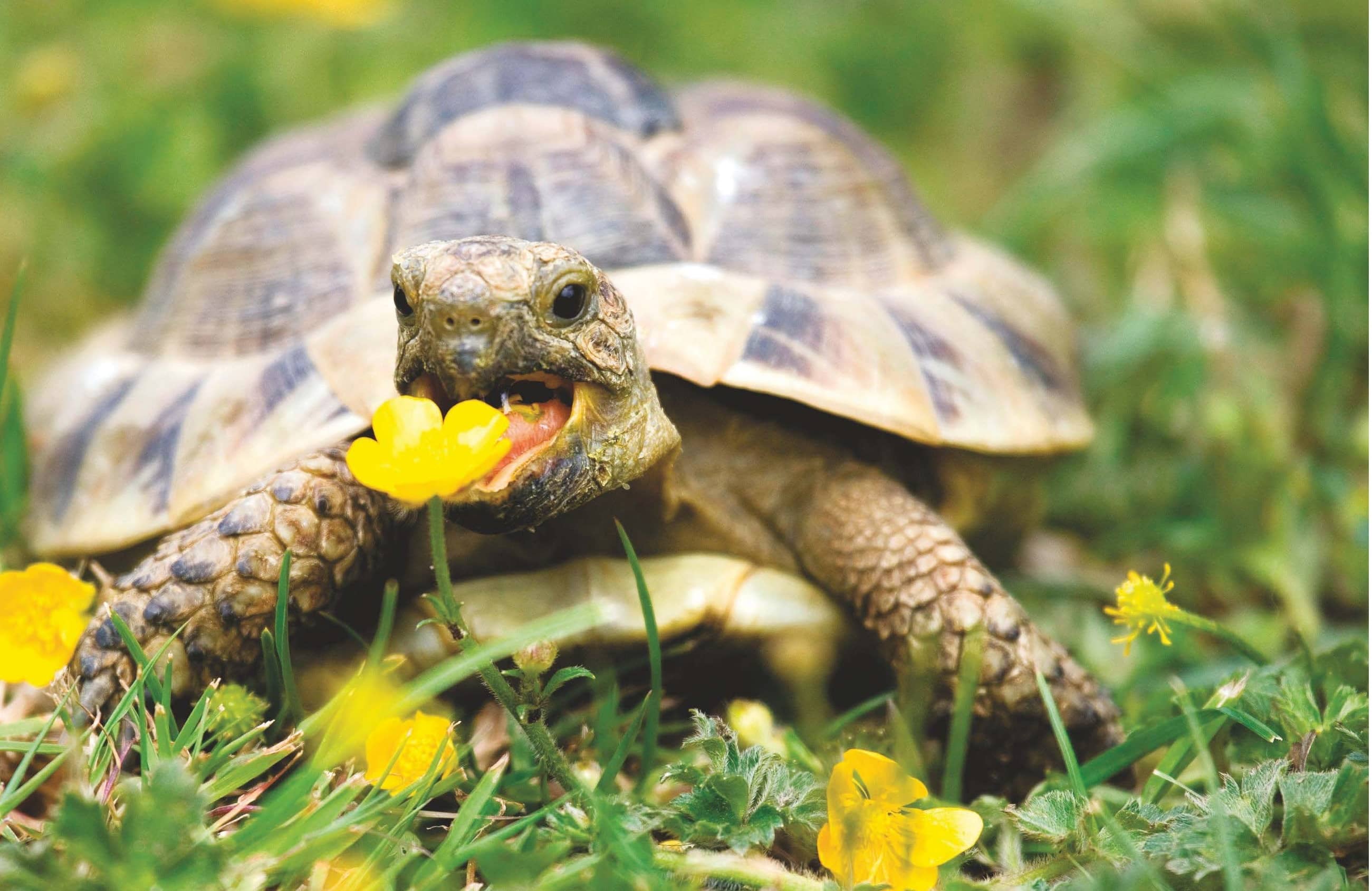 With a taste for radio and raspberries and a habit of clambering over anything in their path, tortoises are never going to be the cuddliest of pets, but they are nonetheless treasured by successive generations, finds Madeleine Silver

ON long summer days, Mark Blathwayt remembers his childhood tortoises’ faces appearing at the kitchen door. Lured by the sound of the Test match, there was often evidence of a trip to the raspberry canes lingering around Duffer and Daisy’s mouths. ‘Where the radio was, we were and, where we were, there might be a dandelion flower, a bit of tomato or a strawberry,’ says Mr Blathwayt, who took the tortoises with him to Somerset in the 1970s, after he got married. By the time the sweet-toothed pair died as nonagenarians, they had been a mainstay of his four children’s childhoods, too.

‘It’s not a short-term project, having a tortoise,’ admits Heather Alston, alluding to a life expectancy that exceeds a century for the creatures that roam her West London garden. ‘It’s quite a responsibility because they live for such a long time.’ Of course, that hasn’t stopped these docile reptiles from cropping up in an eclectic mix of homes.

Jeff and Geoff did their bit for Red Nose Day, in 2013, by running a 6½ft sponsored race—although the tortoises’ owner, Emma Freud, isn’t entirely sure which is which, so the winner wasn’t definitive. Maggie the tortoise is an important part of the Commons Speaker Sir Lindsay Hoyle’s home in Lancashire (together with his other pets, all named after prominent politicians). At the University of Oxford, the reptile is said to be the most popular college pet; Balliol’s Rosa Luxemburg, who went missing in 2003, had grazed on its garden quadrangle for 42 years.

It is the animals’ ability to stir childhood nostalgia, combined with an alluring curiosity, that can prove irresistible. For Jennifer Hamilton-Baillie’s late husband, Ben, it was memories of a children’s party at his grandparents’ house in Northumberland, where tortoises were taken home in lieu of a party bag, that persuaded him to buy Mr and Mrs Tort for his own offspring. ‘His grandmother bought a lot of small tortoises and attached a string to each one,’ explains Mrs Hamilton- Baillie. ‘She let them roam the garden for a few days and, at the party, each child was given the end of a string and had to unravel it around the garden to find their tortoise.’