Know Your Onions And Your Leeks 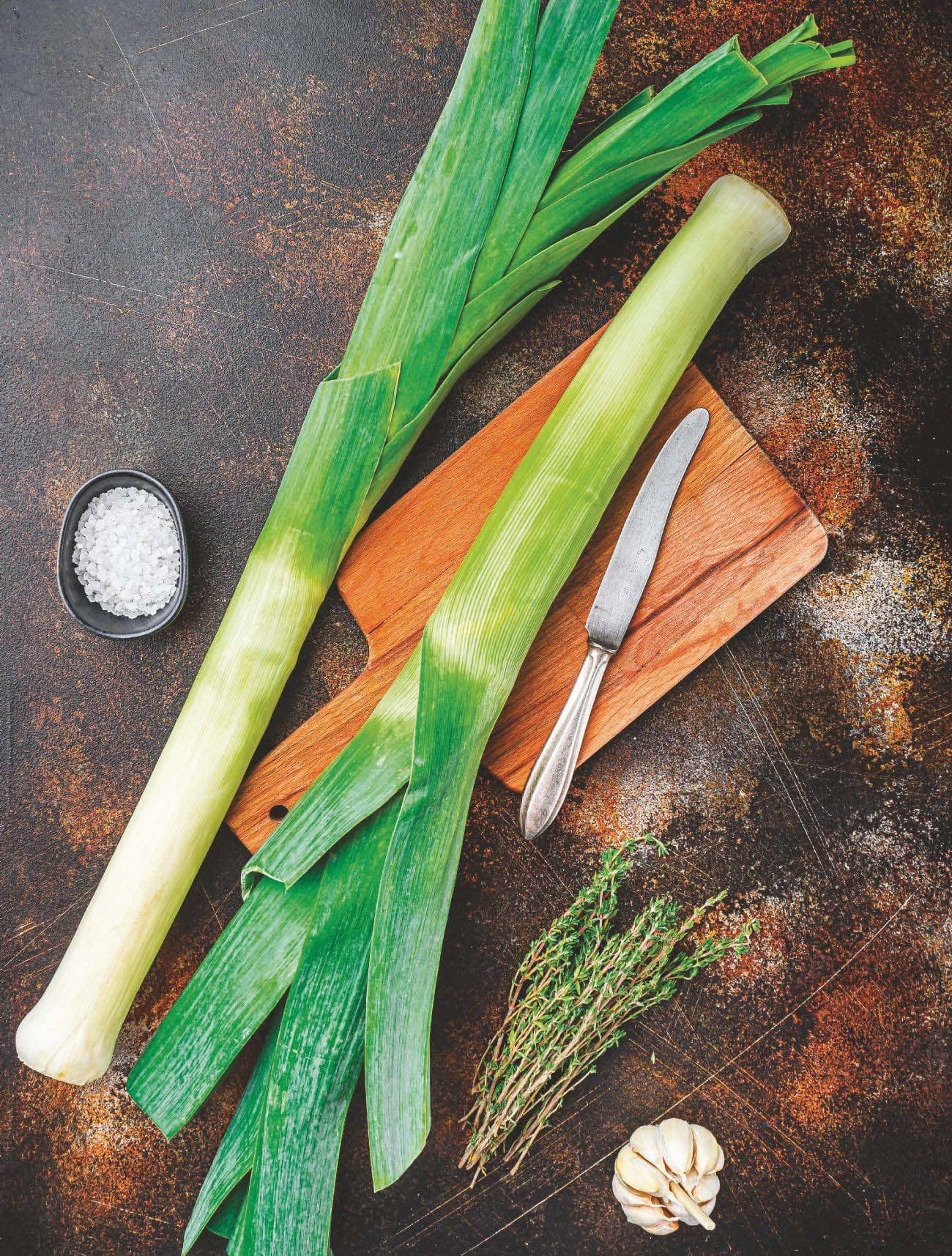 Once worn atop Welsh army helmets, this most elegant and subtle of alliums is as happy served alongside smart truffles as it is in the simplest of soups, says Tom Parker Bowles

There's nothing base about the leek. The French word for this noble vegetable is poireau, which also means simpleton, but never has a double meaning been less apt. Recipients of the esteemed Chevalier dans l’ordre du Mérite agricole (an order of merit second only to the Legion d’honneur) are said to avoir le poireau, in reference to the deep green of the medal’s ribbon. Its culinary prowess is equally grand.

Because this is the most subtle and elegant of alliums, a slender flaneur to the onion’s squat heft, bookish rather than bold. Garlic might shout and holler, but the leek is mild, sweet and discreet, happy to linger in the background, offering unstintingly steadfast support. It has little time for pungent histrionics, instead merrily submitting to butter’s warm embrace.

Leeks are also the least snobby of ingredients, as happy with truffles and foie gras as they are in the most humble of soups, which is why vichyssoise is such a perfect distillation of the leek’s appeal. Louis Diat, a French chef working in New York, was so inspired by his mother’s classic, hearty leek-and-potato soup, all warm, uncomplicated allure, that he decided on a rather more refined summer version, served cold and sprinkled with chopped chives. As a native of the Bourbonnais, he named the dish after Vichy, one of its most famous cities. Attempts by French expat chefs to change the name to crème Gauloise during the Second World War (Vichy was the capital of Nazi-occupied France) fell upon deaf ears.