I compare you to a kiss from a rose 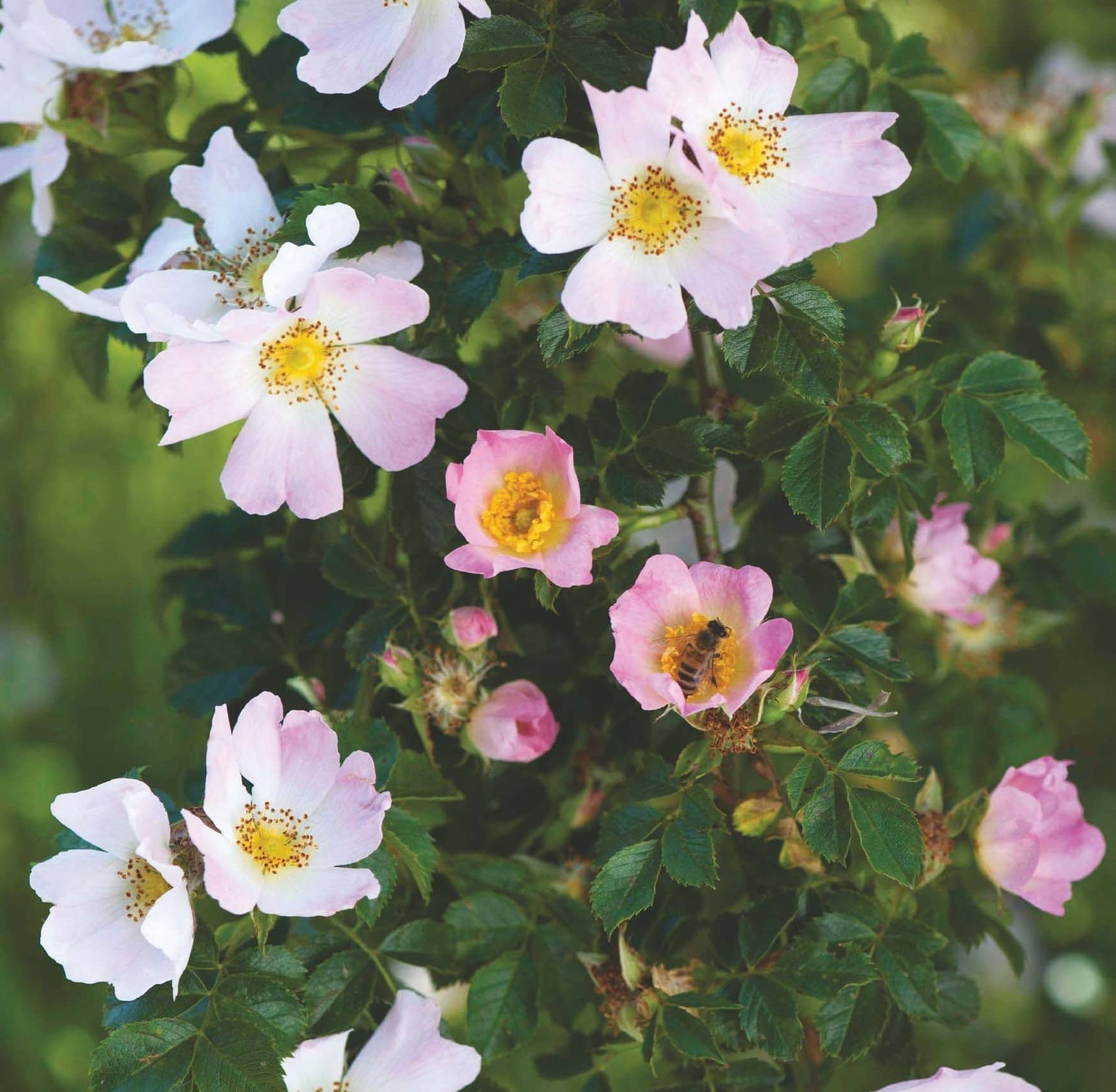 Now that the dog rose is in full bloom, Ian Morton celebrates the climbing briar–embodied by Madame Eglantine in The Canterbury Tales–whose delicate flowers and cherry-red hips have charmed and cured us for centuries

AN old rhyming riddle went thus: ‘On a summer’s day, in sultry weather, Five brethren were born together. Two had beards and two had none, And the other had but half a one’. The answer: the flower of the dog rose. The earliest attribution is in the 13th century and several Latin versions were recorded, but this was not as abstruse a bit of clerical nonsense as we might suppose, for the dog rose enjoyed an important role in the era of plant-based medicine. An intimate association with hedgerow lore ensured an awareness, at least among rural folk, that two of the rose’s five sepals are whiskery on both sides, two are smooth and one bears whiskers on one side only.

The dog rose has a long English history, going by a variety of regional names—wild briar, sweet briar, pimpernel rose, cat rose, pig rose, canker rose, cock bramble, dike rose, hip rose, witches’ briar, ewernack and eglantine. Founded in 1323, the Academy of Floral Games awarded sprigs of dog rose for literary excellence. In educated circles, the eglantine (from the Latin for prickly, aculentus) was the preferred name and its first appearance in English literature was in Chaucer’s Canterbury Tales with Madame Eglantine, a social-climbing prioress.

Medieval royal hanky-panky took the flower upstairs, for, if a visiting monarch espied a desirable daughter, a sprig of dog rose was placed on the maiden’s bed to indicate that, after the household settled, the king would expect her to join him. One might suppose that her failure to attend would not bode well for the host’s family fortunes.