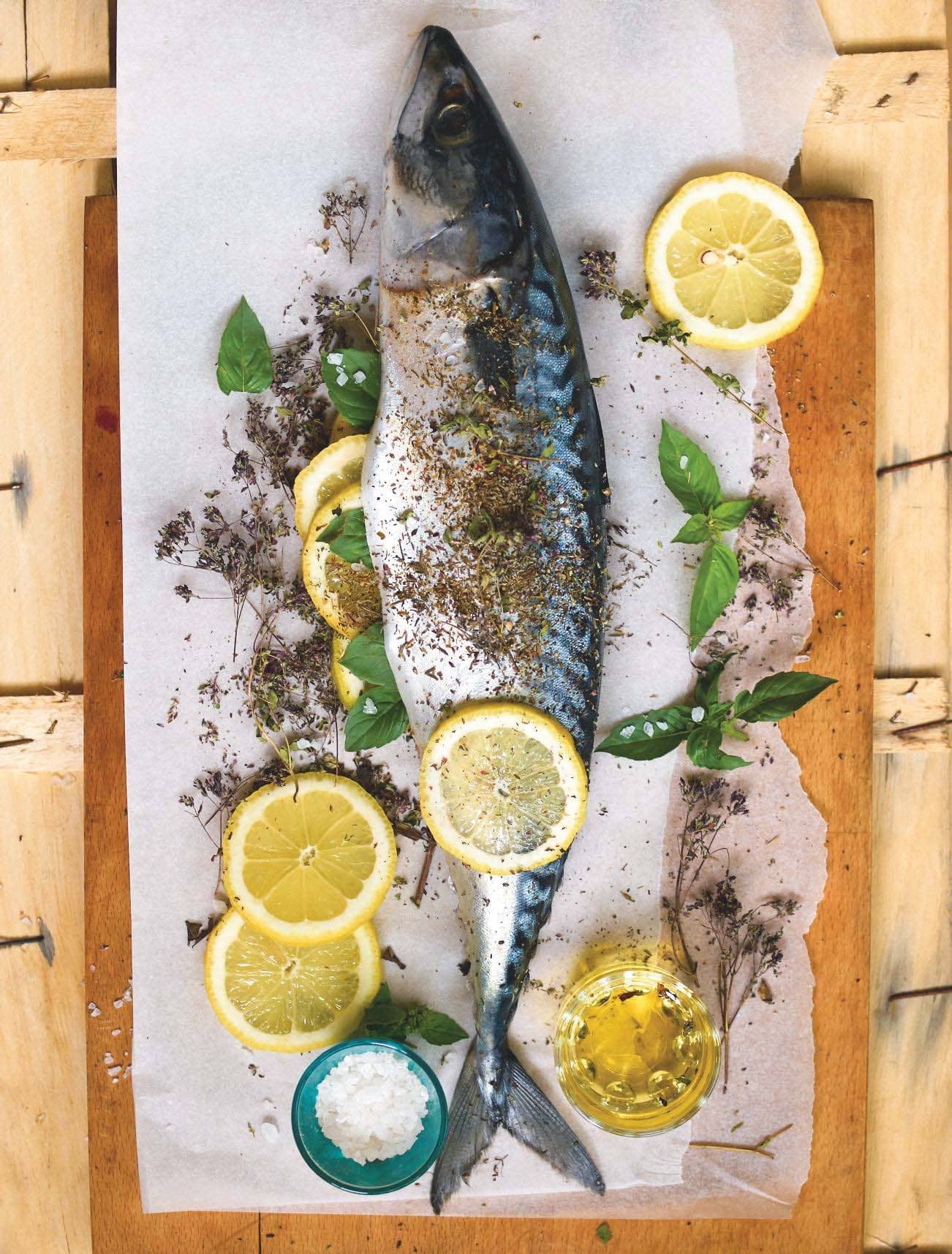 Using a sprat to catch a mackerel– sleek, muscular beauties, much prized for being tasty, cheap, ecologically sound and packed with goodness–is easy for even self-confessed hapless fisherman Tom Parker Bowles

I’M not much of a fisherman. In fact, you might say that when it comes to anything involving a rod, I’m a banana on board, a slayer of the albatross, a rabbit stuck right in the rigging. In short, an oldfashioned piscine curse.

Believe me, I’ve failed everywhere, from tea-brown Scottish rivers to gin-clear Hampshire streams, murky, shopping-trolleyinfested North London canals and limpid tropical waters alike. God help the poor gillie entrusted with my care, as flies get stuck in human flesh and Spey casts end up enmeshed in the pines. Hell, I once failed to land a trout when the mayflies were swarming and the creatures were rising and the fish would have gobbled my toe.

Mackerel, however—well, that’s a whole different kettle of you know what, because these sleek, muscular beauties have never resisted my call. Or anyone else’s, for that matter. They bite without prejudice, whatever the angler’s skill. Anything that fits in their gob means lunch. Come summer, their appetite is insatiable—plankton and sand eels, sprats and whitebait, even the lure of the world’s worst fisherman. No siren call needed here, no skill or even bait, simply a good old-fashioned hook or gaudily adorned mackerel feather, with its pretty, come-hither wink. Throw it overboard and wait for that joyous tug. In moments, you will be hauling them up by the half dozen. This is fishing for folk not blessed with patience.