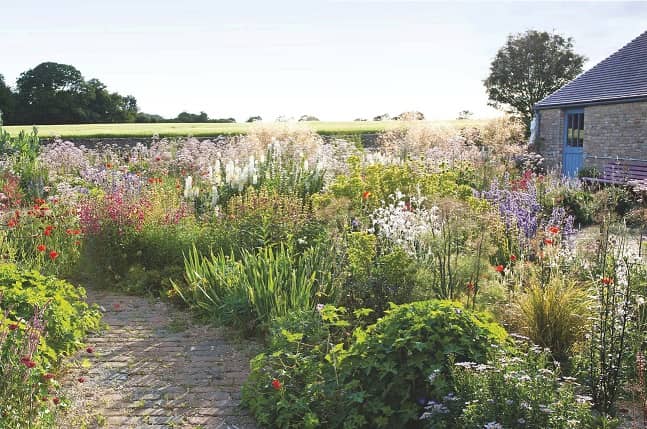 Hailstone Barn, near Tetbury, Gloucestershire Tiffany Daneff visits a naturalistic courtyard garden that cleverly sets up this converted barn in a sea of arable land Photographs by Rebecca Bernstein

SET in open wheat fields with no trees nearby to lend height and no other landmarks providing a focal point, the old farmyard at Hailstone Barn was always going to require careful handling. How could one make a garden full of colour and interest, that keeps going all through the growing season, yet sits easily in the landscape without standing out like a sore thumb? 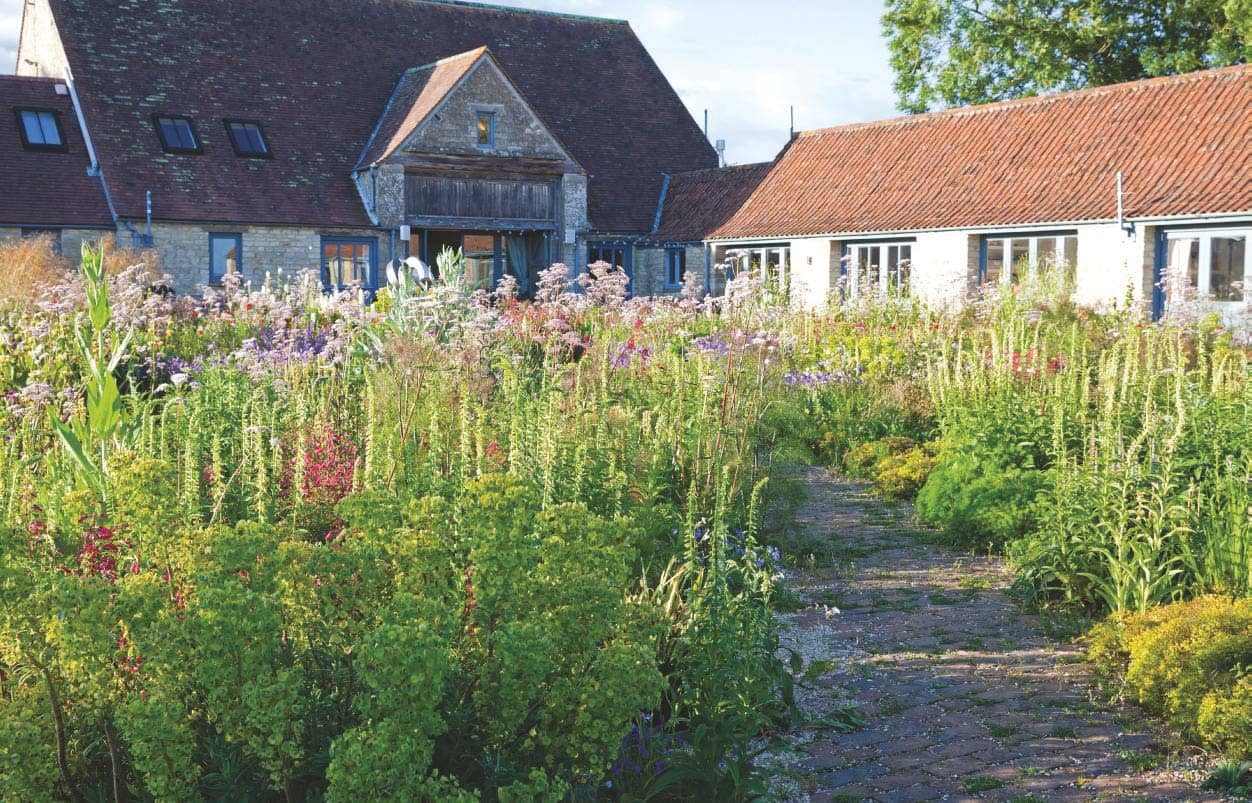 A wildflower garden seemed the obvious solution, but, as anyone who has made one knows, this is infinitely easier to say than do. The first attempt started out well. The farmyard, trampled by dairy cattle for decades, had been dug over, with plenty of the naturally occurring Cotswold brash worked in to lower the fertility of the soil, but, even so, the wildflowers quickly succumbed to weeds.

Eventually, the owner resorted to asking an old school friend for lunch. James Alexander-Sinclair, now a garden designer, took one look and declared that the only way to achieve the desired effect was to scrap the wildflowers and start afresh, this time planting a mixture of herbaceous perennials and grasses. This would create that loose, natural-looking mix that bends in the wind and turns gold in late summers, like wheat. It would take a few seasons before the perennials bulked up and performed, but, as they settled, they would gradually push out most of the weeds.

Mr.Alexander-Sinclair designed three paths to run through the planting, radiating out from a centre point, like the symbol for the Isle of Man. These would enable his client, who uses a wheelchair after an accident left him paralysed, to get right inside the planting. The accident is why the barn conversion has windows that slide back to give access onto the broad timber deck that wraps around the buildings, thus bringing the outdoors inside.