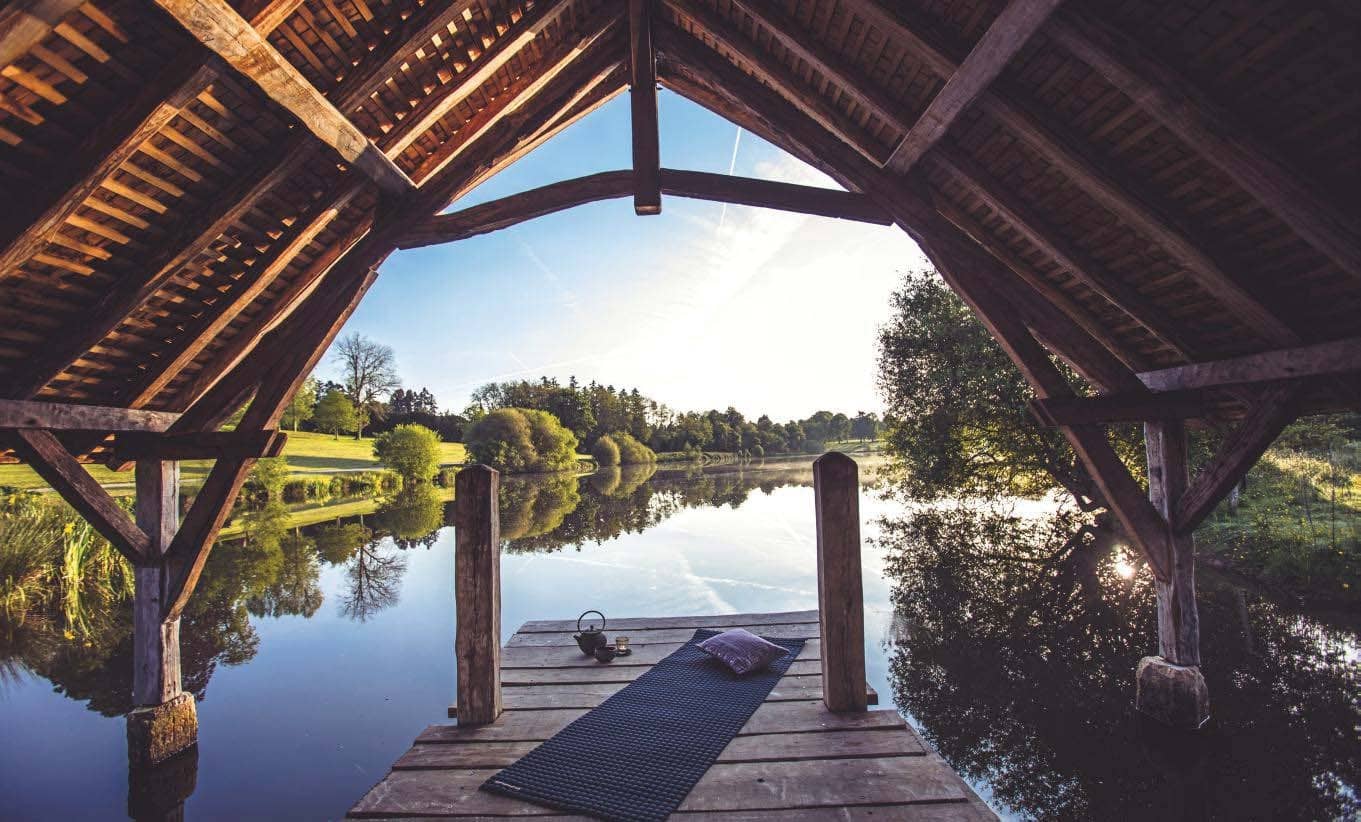 As someone who’s always appreciated flora and fauna, I assumed I was fully aware of the healing and soothing power of Nature. Yet, it was only when I stopped checking work emails and lay back on a wooden sun lounger on the grounds of this 2,500-acre estate and acknowledged the simple beauty of the tree above, silhouetted against a cobalt-blue sky, that a sense of calm and tranquillity washed over me.

This feeling is exactly what Garance Primat—the owner of the château, built in the 11th century as the fief of the knights of Chasteigner de la Roche- Posay—hopes her guests will enjoy.

Rising majestically out of the morning mist floating over the lake, with its mellow stone, russet-roofed turrets and restored period details, complemented by a collection of contemporary art from Matisse to Picasso, it’s impossible not to fall under the spell of this immaculately run retreat. Once a family home, the Domaine was transformed into a hotel in 2015 and has 29 rooms. Choose from seven vast suites in the château—I stayed in Soleil, with a kingsize bed in a Rapunzel-Esque round tower—four in the longére (a converted barn that houses the Michelin-starred Dyades restaurant, a library, and an art gallery), plus six well-appointed cottages dotted amid parkland studded with modern sculpture.

There are two swimming pools (indoor and outdoor), a tennis court floating on the lake, pretty pink rowing boats, bicycles and a fleet of electric cars.