Chicken soup for the soul 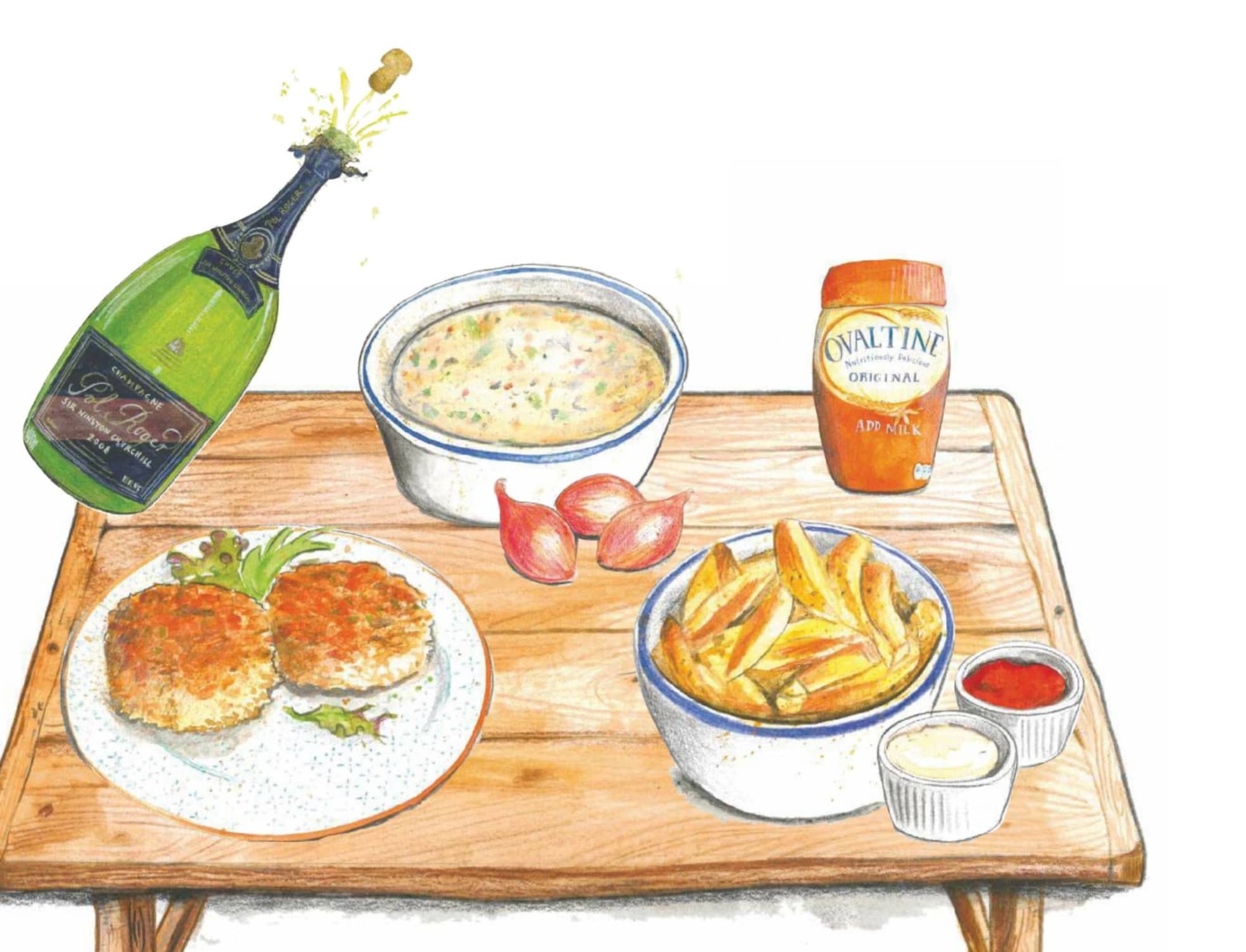 The rest of the world may laugh, but shepherd’s pie, steak-and-kidney pudding and treacle sponge remain on our menus like old friends, lifting spirits in times of need. Flora Watkins dives into the best of British comfort food

IN victory, I deserve it, in defeat, I need it,’ said Sir Winston Churchill of his favorite tipple, Champagne. When the chips are down, however, most of us need a bit more ballast than a bottle of Pol Roger can provide. Chips, in fact, will do nicely—preferably with ketchup as well as mayonnaise—as will most variations on the tuber. On those days when the world feels an unfriendly place, where better to retreat than beneath a fluffy, 15-tog duvet of mashed potato, melded blissfully with lots of butter and cream?

‘Nothing like mashed potatoes when you’re feeling blue,’ declares Rachel in Heartburn, Nora Ephron’s thinly disguised novel about the breakdown of her marriage to the Watergate journalist Carl Bernstein. As Rachel, a food writer, picks over the bones of the relationship, her ruminations are interspersed with some of her favorite recipes. Potatoes (three ways), bacon hash (bacon, egg, yet more potatoes), pot roast and bread pudding, dishes she describes as ‘nursery food’.

Our notions of comfort food are ‘bound up in nostalgia and childhood memories,’ says food writer and historian Angela Clutton.

They’re dishes that ‘take us back to a supposedly simpler and happier time’. In times of stress or turmoil, she will turn to ‘roast chicken, shepherd’s pie, rhubarb sponge— the foods of my childhood, which still give me so much pleasure to cook and eat now’.

Comfort food is unpretentious fare, the antithesis of molecular gastronomy or the Nordic foraged-food thing. It’s the culinary equivalent of a big, bosomy hug from a beloved grandmother, transporting you straight back to her kitchen. Pastry scraps rolled out on a flour-speckled farmhouse table, dogs dozing in their baskets, the warm fug of cinnamon emanating from the Aga.

Comfort food is about dishes such as Nigel Slater’s roast chicken risotto, using the leftovers from Sunday lunch. A little meditative chopping of shallots, followed by 20 minutes of mindful stirring—accompanied, of course, by a glass of the wine you’ve sloshed over the rice. The result, says Mr Slater in his book Real Food, is ‘as soothing as sucking a thumb’.

The secret is how these foods make us feel, whether it’s the starchy embrace of rice, potatoes or pasta or the pleasurable hit of chocolate. On a physical level, they are uplifting. About 20 years ago, there was a book called Potatoes Not Prozac, which advised people with low mood to eat carbohydrates because they boost serotonin and aid sleep.