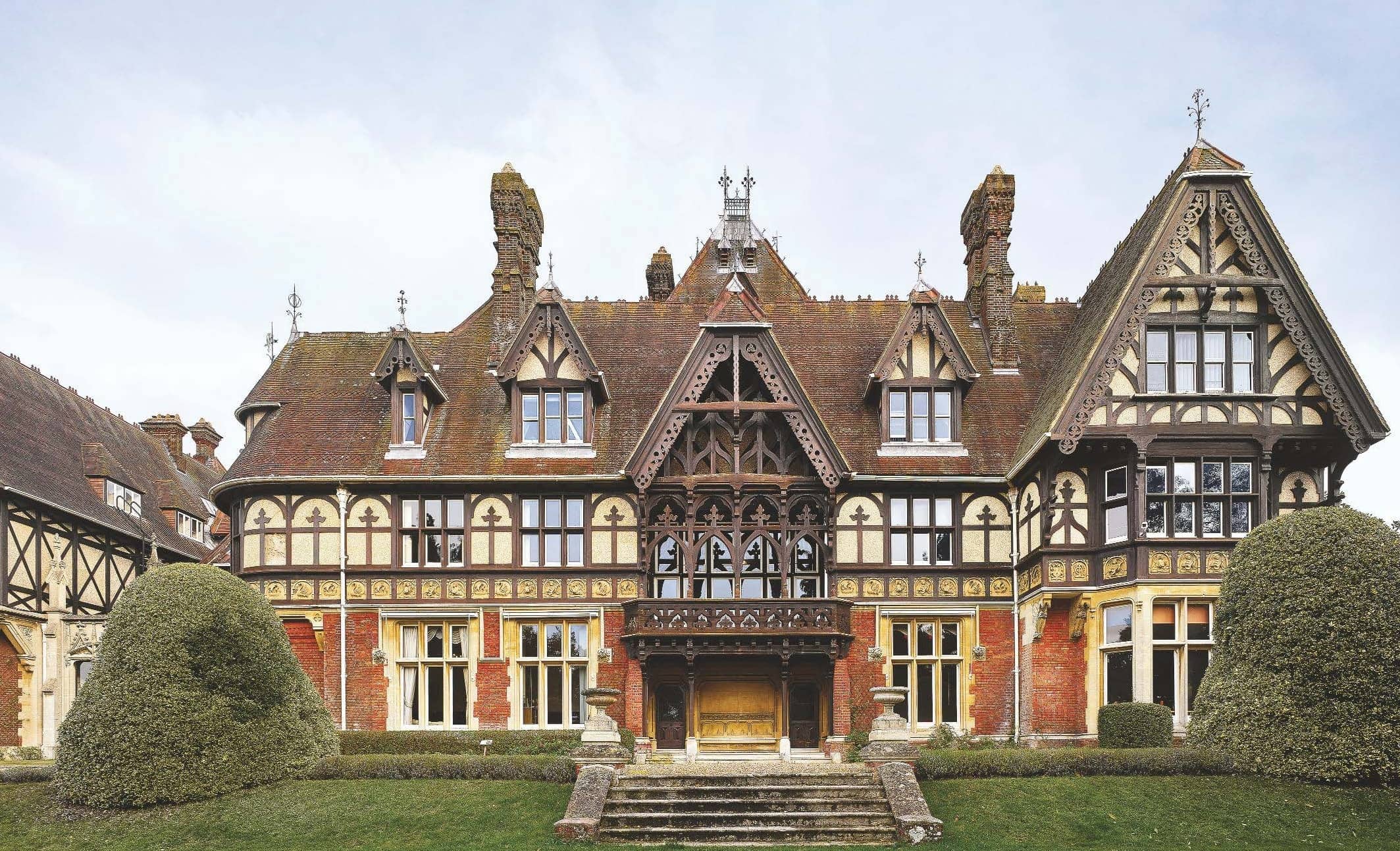 Farnborough Hill, Hampshire The property of the Farnborough Hill Trust The Empress Eugénie of France died in exile 100 years ago in July 1920. In the first of two articles, Anthony Geraghty looks at the house she adapted as the final seat of the French Second Empire

THE visitor who ventures beyond the roundabouts and dual carriageways of modern Farnborough will quickly encounter the remnants of an extraordinary 19th-century estate that played an important role in the history of Europe. Farnborough Hill (Fig 1) was the principal home of the Empress Eugénie, the Spanish widow of Napoleon III. She lived there from 1880 to 1920, and it was in Farnborough that she built a Mausoleum to receive the remains of her husband, the last Catholic sovereign of France, and her only child, the Prince Imperial, who was killed in 1879 when fighting with the British Army in the Zulu War. The Mausoleum—described in next week’s issue—remains the only official monument to the French Second Empire (1852–70).

The estate was sold after Eugénie’s death. The imperial collection was broken up, and the house became a school; it has since been much extended. Yet the historic interior that Eugénie created in the 1880s survives at its core, lovingly preserved by the school.

The house itself dates from 1860 and was originally built for Thomas Longman, a rich publisher. His architect was H. E. Kendall Jnr (1805–85), a specialist in country houses and lunatic asylums. It sits on the brow of a hill, with fine views to the east. The principal rooms are located in the main block, dominated by its tower, and the service areas (mostly rebuilt by the Empress) are located in an adjoining wing (Fig 2). 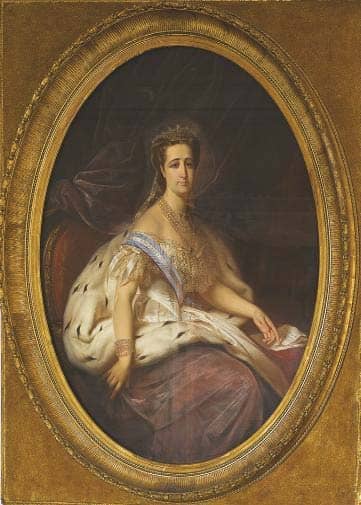 The choice of architectural style, however, was unusual for its date, at least for a house of this size. The Victorians called it ‘Old English’—a loose evocation of Elizabethan vernacular architecture. Its deployment at Farnborough Hill is not as obvious as it once was, as Eugénie’s additions have a decidedly French accent, but it was Kendall, working for Longman, who designed the mullion and transom windows of the ground floor and the elaborate half-timbering and decorated gables of the upper storeys. The design has no pretensions to authenticity and it looks back to the 16th century via the pattern books of the early 19th.

Quite what the Spanish-born Empress made of this is difficult to determine. We know that she was attracted to the surrounding landscape, which reminded her of the imperial palace at Compiègne, and we know that she referred to the house as her ‘cottage’, which has echoes of Marie-Antoinette at the Petit Trianon. On a more practical level, she wanted to be near Queen Victoria at Windsor, which was easily accessible by train.

Eugénie bought the house in 1880 and immediately set about transforming it. She did so with three main purposes in mind: she needed private accommodation for herself; she needed social spaces for the small court that she maintained there; and she needed reception rooms befitting her status and dignity. Her architect was Hippolyte Destailleur (1822–93), best-known in this country as the architect of Waddesdon Manor. He enjoyed an international reputation as an expert on French architecture and interior decoration.