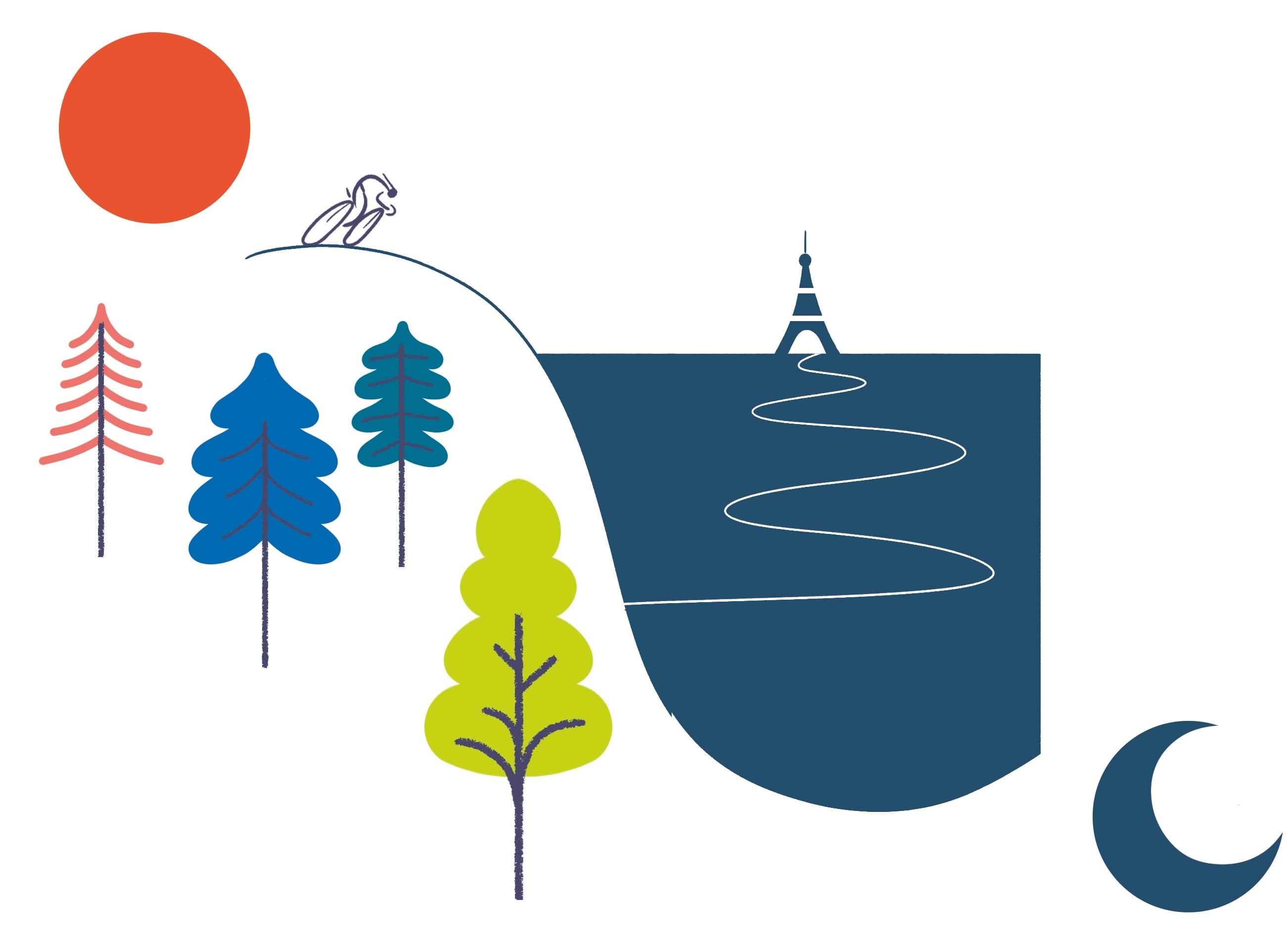 Bordeaux-Paris was one of the last links to professional road cycling’s dustiest origins. The version that died in 1988 was a pale shadow of what was once arguably the greatest race of all – a race which also gave us perhaps the greatest feat in the sport’s history, courtesy of Jacques Anquetil.

It all starts at the Hotel Grillon in Chambéry. There’s just time for a shower, a shit and a massage before Anquetil is whisked away in a Ford Taunus, Géminiani at the wheel, in pursuit of a double inédit – the Dauphiné and Bordeaux-Paris, the longest, toughest, motherfucker of a Classic on the calendar. Anquetil is 32, at the summit of his legendary career: the first rider to win 5 Tours de France and all 3 of the Grand Tours, tester par excellence and winner of a record 8 Grands Prix des Nations to hammer home the point. None of this is his idea.

When George Pilkington Mills lined up at the first Bordeaux Paris he was there by right. Invited to ride by organisers Le Véloce sport, Mills had ridden an Ordinary from Land’s End to John o’ Groats in just 5 days and would attack the record ceaselessly over the coming years on bicycles, tricycles and tandems. The king of LEJOG was a perfect fit for the 600 km slog between the great south-western city of Bordeaux and the Parc des Princes velodrome in the south-west suburbs of Paris, now home to Paris Saint-Germain.

1891 was a busy year for G.P. Mills. At the age of 25 the designer and bicycle manufacturer went bankrupt and once again broke the LEJOG record, this time by 21 hours over his old mark, riding a Humber safety bicycle. He also breezed across the Channel with a couple of friends from the North Road Cycling Club, which he had cofounded in 1885 to promote ‘fast and long distance cycling on the Great North and other Roads’, to tackle some continental racing. Mills, Montague Holbein – who would unsuccessfully attempt to swim the English Channel at least 4 times – and Seymour Edge – future motor manufacturer and car dealer – would finish one-two-three in the first Bordeaux-Paris.

Mills used a combination of youth, guile and tactical nous to build an unassailable lead. When the race reached Angoulême, instead of resting and enjoying a three-course meal and a hot shower, as the good people of Angoulême were expecting – surely no one could tackle such a great distance without need of a bed for the night? – they were shocked to see Mills grab a bowl of soup and hightail it out of their city, paced on his way by one of France’s top professional riders. He would lead by over half an hour by the time the race reached Ruffec, 50 km away.

Mills would eventually be declared the winner of the race once the Bicycle Union had been convinced of his amateur status. Even though he was sponsored by a bicycle manufacturer Mills wore the fake halo of the amateur riding for love not money.

Given the weather conditions and the equipment at hand Mills’s winning time of 26h 36m 25s was quite a feat. But the Englishman had had an ace up the sleeve of his woollen jersey – when he stopped briefly at Tours he ate raw meat and consumed a ‘specially prepared stimulant’.

For those who think British cycling success began in 2012, Mills wasn’t the only rider tearing up the continental roads in the 19th century. James Moore had been setting records since the 1860s and was considered the world’s first great racing cyclist. Having won what was purported to be the first ever bicycle race in 1868 at Saint-Cloud in Paris he capped it all with his triumph in Paris-Rouen in 1869.

He boards a Mystère 20 at Nîmes airport and 1 hour 15 minutes later steps onto the tarmac at Bordeaux-Mérignac. He catches an hour’s sleep before the marathon begins. His directeur sportif, Raphaël Géminiani – Le Grand Fusil – is waiting to drive him to the start line in the heart of Bordeaux. Gem is the real author of this crazy stunt. It is he who has decided that his rider is capable of completing the 1,565 km of a particularly mountainous Critérium du Dauphiné Libéré before haring across the country to ride through the night and into the day from Bordeaux in the deep South West to the boulevards of Paris.

Moore’s triumph in Saint-Cloud was quite an achievement considering he’d only acquired his first bicycle, a cumbersome Michaux velocipede, in 1865. Born in Suffolk but resident in France from the age of four, the crack rider was known as l’Anglais volant in France and ‘The Flying Frenchie’ across the Channel. But Moore had retired by 1877, too soon to race the fledgling Bordeaux-Paris.

Instead, 5 years after the North Road Cycling Club had dominated that first race, it was a slight, dark-haired rider with an impressively European moustache that would stand on the top of the podium. Arthur Linton was mining in the pits of the South Wales valleys at 13 and signed as a professional to Gladiator Cycles in 1893. There he came under the influence of James Edward ‘Choppy’ Warburton, who, like Linton, had been a child labourer, scuttling under the clatter of the cotton looms as a 6-year-old, gathering waste cotton.

Choppy has become the original Dr Mabuse, the godfather of every modern doping doctor, with his infamous little black bottle and the sulphurous stench of doping. The truth seems more mundane: the bottle was a piece of showmanship wielded by the flamboyant Lancastrian in his sweeping floor-length overcoat and bowler hat, his arms wrapped over-familiarly around his young charges. Toulouse-Lautrec captured him in a poster for the Simpson chain company, hands in pockets, bestriding the little world of the Catford velodrome like a colossus. He was fond of boasting that he’d trained four riders and three had become world champions, including Linton. Tongues wagged but it seems Linton’s true weakness was for gambling and match-fixing, a little peccadillo he’d acquired during his successful athletics career. His riders’ success hinged on a dedication to ferreting out new ways to improve performance – history is in the process of reevaluating him as a Brailsford rather than a Ferrari.

As part of Warburton’s untouchable Gladiator squad Linton was unstoppable, setting record after record. When he returned home to Aberaman at the end of an 1894 season that saw him declared ‘Champion Cyclist of the World’ he received a hero’s welcome and a banquet in the local pub The Lamb and Flag.

Arthur had already split from Choppy in 1895, a saison sans thanks to a knee injury. According to his obituary in the Evening Post his health was already failing before he recorded his greatest triumph, winning the 1896 Bordeaux-Paris with the “sheer bulldog pluck and determination, which were his characteristics throughout the whole of his career.” Though Linton crossed the line first, 1’ 02” ahead of his rivals, the victory was shared with the Frenchman Gaston Rivierre when Linton was adjudged to have taken a shortcut.

His last race was the gruelling Bol d’Or, a 24-hour marathon held at the Buffalo velodrome in June. After leading for the first six hours he stopped for a break, complaining of feeling unwell. Forced to retire, he returned to his hometown of Aberdare and died just under a month later. And that’s when the rumours start – of Linton foaming at the mouth after a swig from Choppy’s bottle and dying from strychnine poisoning.

The truth is far more prosaic and infinitely sadder. Linton died from typhoid fever brought on, it was said, by overexertion and the years of training and constant effort. His brother Tom, also a modestly successful rider, would die of the same illness 18 years later. Choppy Warburton, his career destroyed by a lifetime ban from the English cycling scene, suffered a fatal heart attack just a year after his protégé’s death in 1897, still fighting his ban. It was said he was worth just three halfpennies when he died. 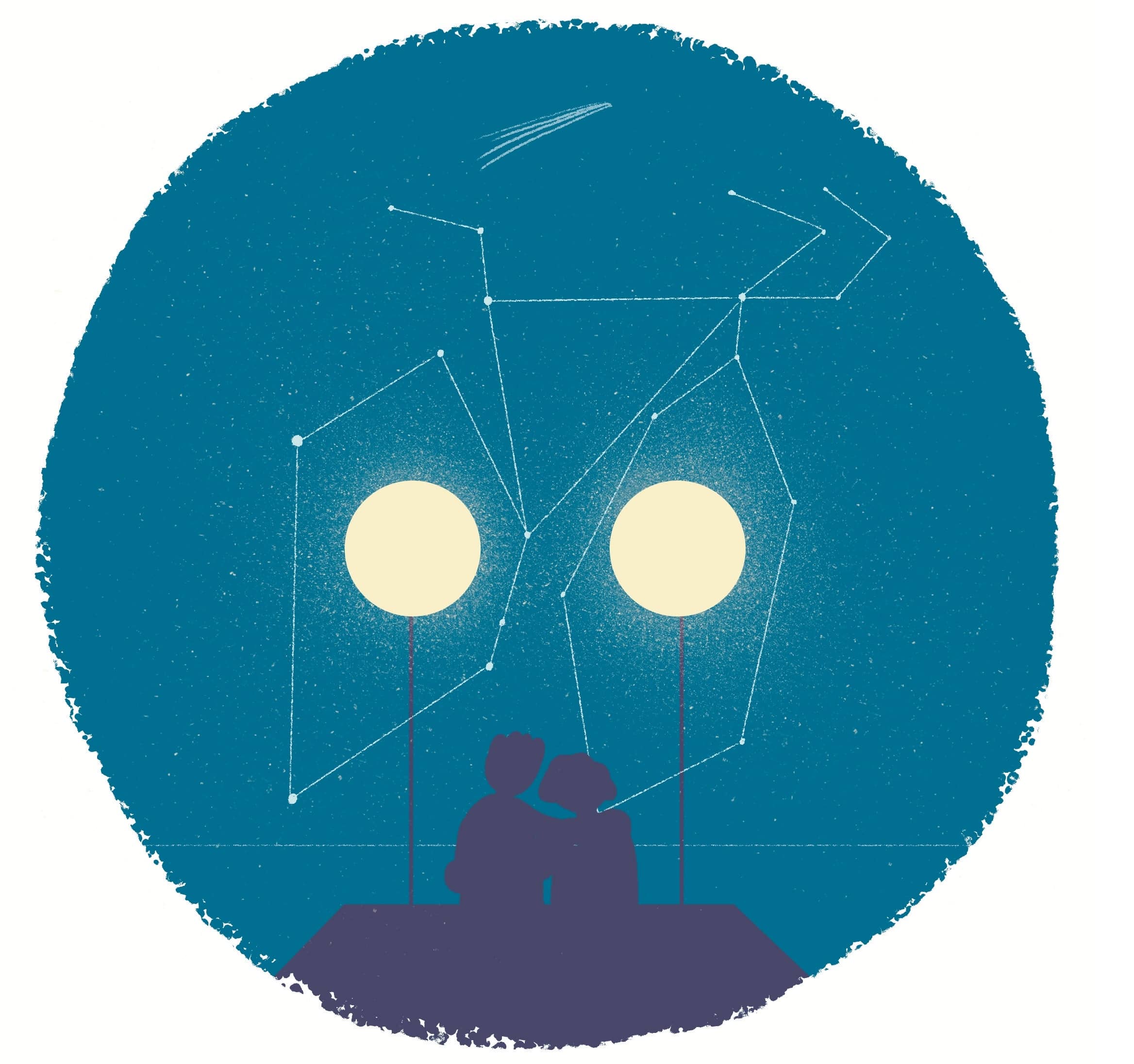 Dead of night. A fine rain – the kind that soaks you through – is falling. 11 men line up at the Bordeaux velodrome to ride the 567 km between them and the Parc des Princes. 8,000 fans pack the building, cheering their heroes to the rafters as they head off into the darkness. A phalanx of lighted windows and cheering spectators mark the way as the rain doubles down, and the wind hits them square in the face like a fat wet sail.

Le Véloce-sport had its offices at 3 Rue du Château-Trompette, a side street just off the Place des Quinconces, a magisterially open space and one of the largest public squares in Europe – just right for the start of a mass depart cycle race. It was here that any aspiring cyclo-touriste could purchase a copy of Voyage de Bordeaux à Paris par trois vélocipédistes for the sum of 2F 30. This luxury edition – 200 pages and 2 illustrations – detailed the picaresque adventures of Messrs George Thomas, president of the Union Vélocipédique de France and chevalier de la Légion d’honneur, Oscar Maillotte of the Véloce Club Bordelaise and Maurice Martin of Le Véloce-sport as they bowled through the bucolic countryside towards the fleshpots of the capital. Think Three Men on a Bike with potholes, gîtes and pedals.

Maurice Martin, poet, writer and a longtime member of the V.C.B. virtually invented the idea of cyclo-touring and promoted it enthusiastically through the pages of Le Véloce-sport. But the magazine had another mission – to challenge the hegemony of the Parisian cycling press as arbiters of all things vélocipédique. When George Thomas took over as president of the UVF in 1890, Le Véloce-sport became the de facto house magazine.

Whether the exploits of Thomas, Maillotte and Martin were the inspiration for three pistards of the VCB – Fernand Panajou, Théophile Lévelley and Pierre Rousset – to create Bordeaux-Paris isn’t entirely clear, but the synchronicity is neat enough. They said they wanted to ‘strike the imagination’ of the rider by arguably creating the world’s first Classic. For Le Vélocesport, scooping Le Petit Journal and Pierre Giffard’s Paris-Brest-Paris spectacular must have been sweet.

No such problems for the Le Véloce-sport event which, the magazine was quick to claim, had even won the approbation of those who were constitutionally opposed to bicycle racing in Bordeaux. By 1893 the list of prizes up for grabs included a watercolour offered by the artist for the oldest sprinter not classified in the top 6, plus a variety of medals: for the first rider to go through the control in Poitiers and finish in Paris and the first Bordelais rider to arrive at the finish line. Most splendid of all, a complete cycling costume offered by the Maison du Grand Théâtre in Bordeaux for the youngest Bordelais rider to arrive in the Parc des Princes.