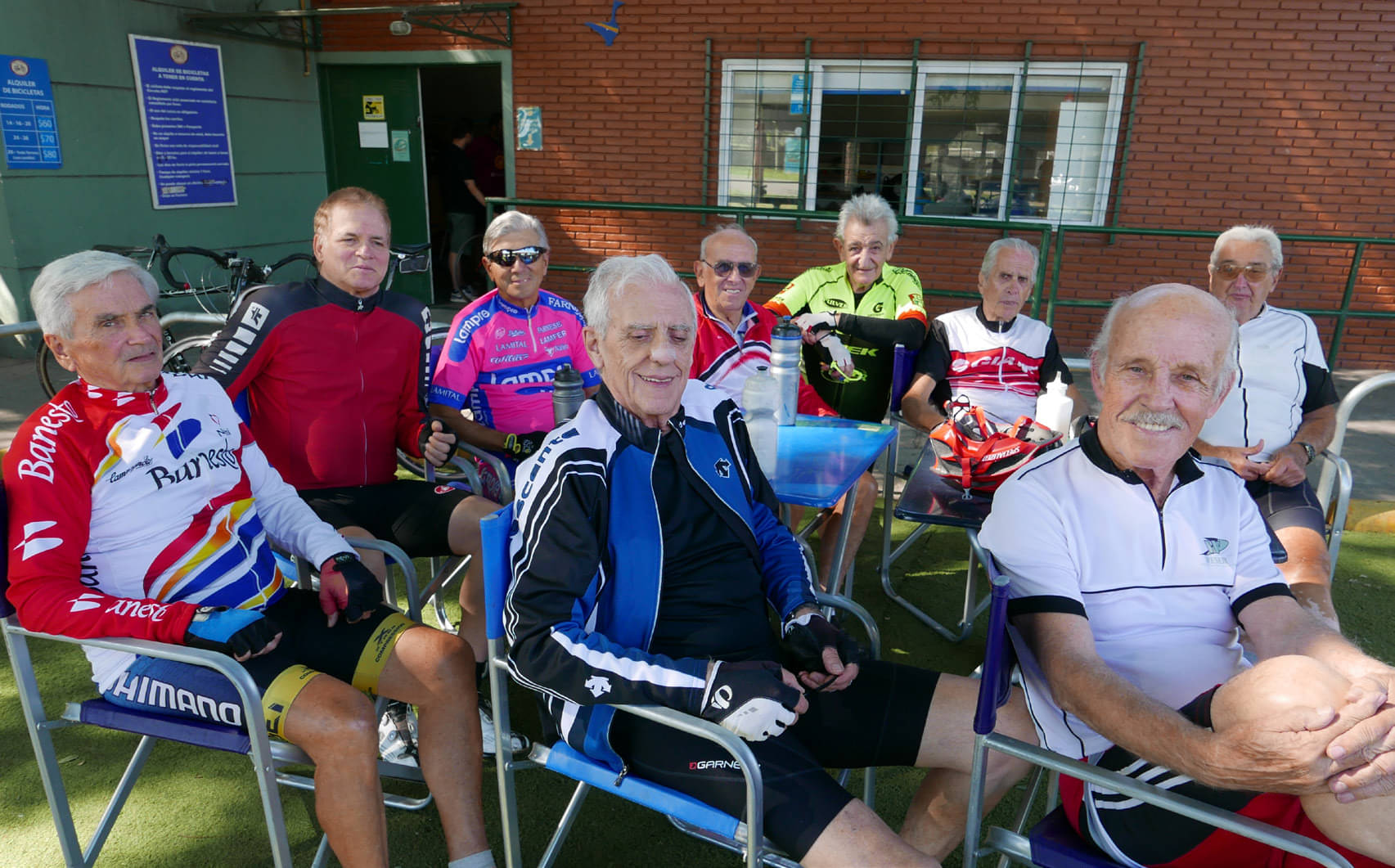 Three or four times a week I ride my bike down to Circuito KDT to train on its car-free track.

KDT consists of a 1.3 kilometre oval cycle route, a velodrome and a home-cooking style restaurant that I equate to a ski lodge for cyclists. There is also a bike storage garage with a skilled mechanic. It is on Salguero between the Alcorta shopping mall and the river drive. I get there almost exclusively by bike lanes.

During my five kilometre journey to KDT I typically share the bicycle lanes with: a motorcyclist whose helmet is dangling from his elbow; a twentysomething hipster pedalling with a leash attached to his bike at one end and a Dachshund’s neck at the other; a chatty couple pedalling side by side in the opposite direction and taking up both lanes; at least one ‘look ma no hands’ genius passing head-on at twenty kilometres per hour; a few people choosing to walk on the bike path, seemingly oblivious to the idea behind the little painted bicycles on the ground; and two or three cyclists speaking on the telephone, or forced to text because they have DJ-sized headphones on. Viewing a sexting would not be as big a surprise as you might think it should be. They all share in common a disdain for the helmet, excepting the aforementioned motorcyclist’s elbow.

This path still beats letting one of the million maniacal drivers meld me into the pavement outside the so-called protected area that is the bike lane. The insanity ends when I reach into my jersey pocket and pull out the 10-peso entrance fee and say ‘Hola amigos’ to the friendly and familiar faces inside the gatehouse. I enjoy the ritual of reaching down to tighten my cycling shoes and turning on my gazillion-function cycle computer. The device and conversation with the other cyclists help divert my attention from the repetitive and none-too-special scenery of the course. KDT, being less than a kilometre from the river, is windier than farther inland, so riding in a peloton is even more advantageous. Even without a breeze a cyclist going thirty-three kilometres per hour is creating and bucking a thirty-three-kilometre-per-hour headwind. The rider behind him (drafting) is doing between thirty and forty percent less work. Typically riders of equal ability will share the workload by rotating on and off the front. Often the younger and stronger riders will be happy to stay up front and do the ‘pulling’. My group seeks them out. We all like the feeling of going fast.