Tranquil In Tamil Nadu To Find Signs Of Devotion 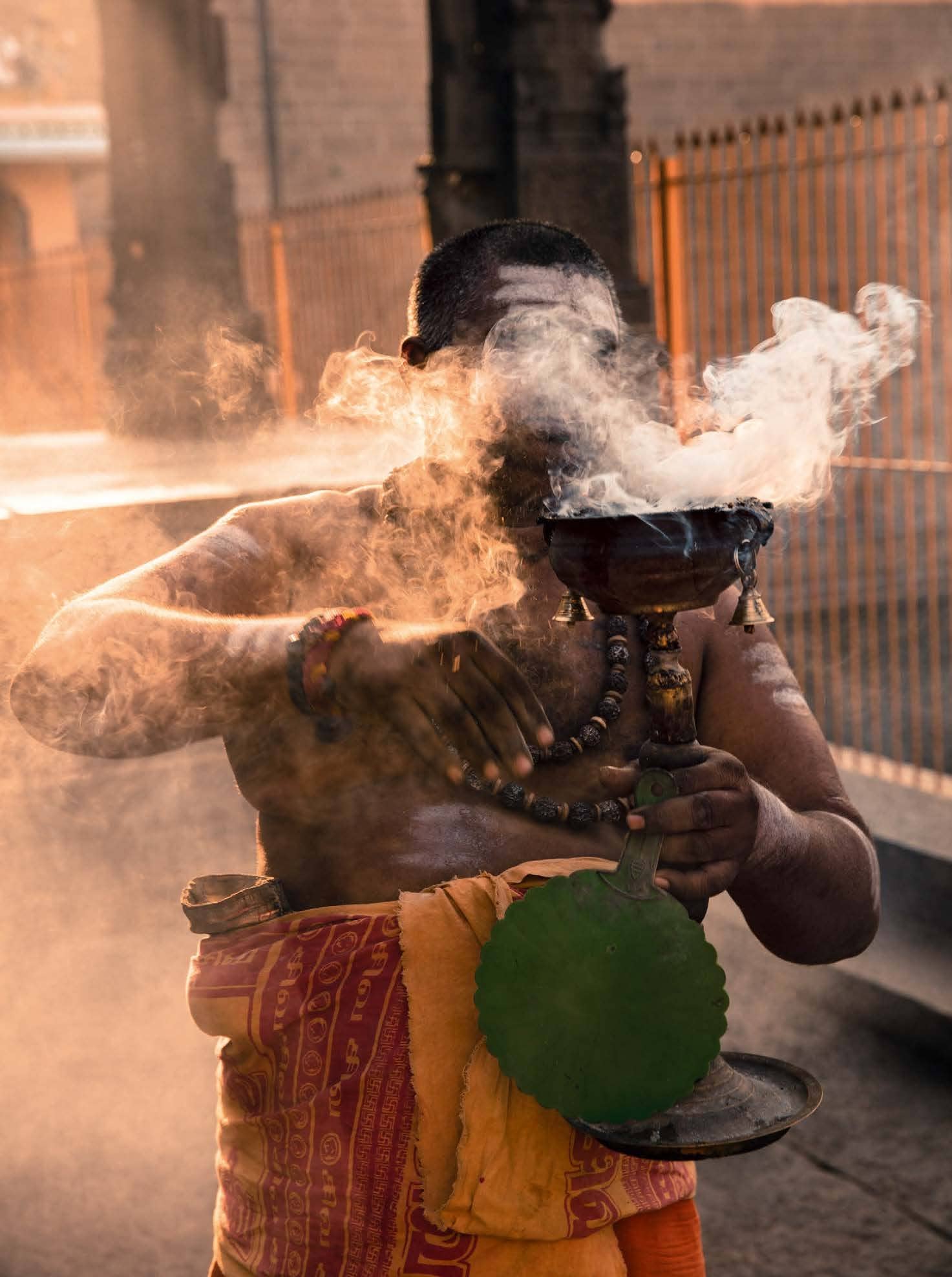 The first thing I noticed approaching the town of Gingee was the odd hills— islands of bare rock studding the lush green paddies of rural Tamil Nadu. Proximity soon revealed their whimsical texture with weirdly-eroded granite boulders jumbling their summits and littering their slopes. Then, on the edge of town, I reached a curious triangulation of muscular hills—Krishnagiri, Rajgiri and Chandragiri—linked by the bristling fortifications and stern masonry walls of Gingee Fort. In Tamil Nadu, almost all roads lead to the medieval Cholas, the south’s greatest and most powerful dynasty. I’m here on the road not taken by many to explore the remains of that era—as satisfying a way as any to get under the skin of a state rich insights and culture. I’d left Chennai after a leisurely breakfast to reach Gingee by lunchtime; now it’s atmospheric hills and time-forgotten ruins ushered an afternoon’s exploring.

Spread over approximately eleven square kilometers, much of Gingee comprises a rugged hillside that is home to monkeys, mongooses, and parakeets. I set out up a long flight of steps weaving between boulders to the summit of Krishnagiri. I’m thrilled to have its clutch of part-ruined granaries, temples, and an audience hall almost to myself, with far-reaching views across the entire site. To the south lies Chandragiri, its sparse structures are given sparser access by the Forest Department. 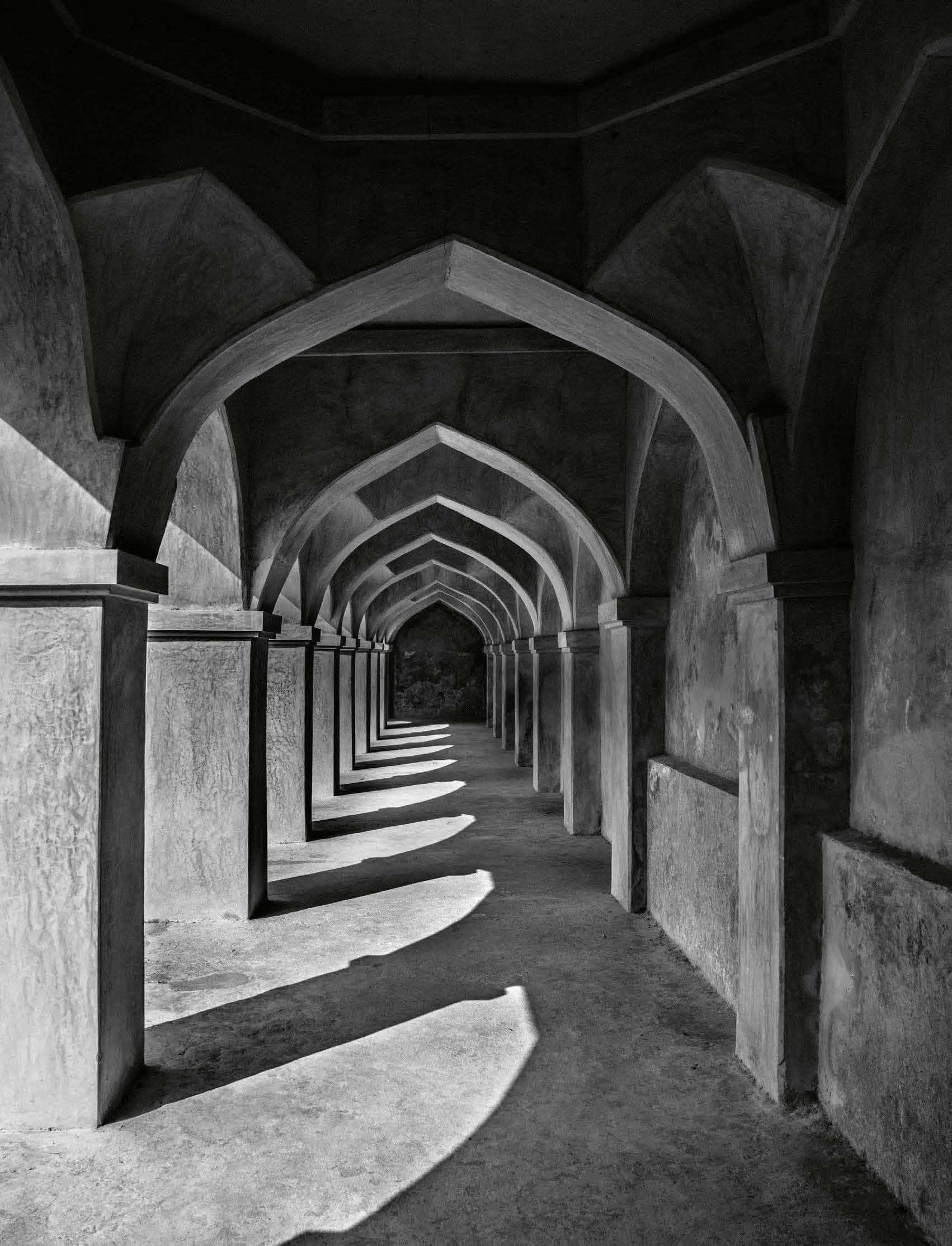 Far more arresting is Rajgiri, its sloping shoulders crowned by a great hulk of smooth rock resembling a giant slightly worn molar. Seemingly inaccessible, it houses Gingee’s lofty citadel—if you only have the stamina for one summit, this should be it. Huddled beneath Rajgiri is the inner fort where I ambled among surviving barracks, stables, stepped tanks and mosques. This enclave’s real landmark is the Kalyana Mahal, a seven-story tower with a pagoda-style roof.

Fortified since around the 9th century, it was expanded under present-day Karnataka’s mighty Vijayanagar Empire that swooped into Gingee’s picturesque hills during the early 1600s. Perhaps the landscape’s striking resemblance to their homeland in Hampi was part of the allure. Subsequent improvements by the Nayaks were ravaged by a slew of invaders: the Marathas, the Mughals, the French and finally, the British. Abandoned, it succumbed to the elements.

The final push to the top, past self-absorbed couples and two rifle-toting guards, was across a narrow ramp over a chasm once secured by a drawbridge. A magazine, treasury, and audience hall survive. Apart from the quiet satisfaction of simply reaching here, I was moved by vast eyrie-like views across the plains. At the foot of Chandragiri, local lads splashed about a small lake. The guards reappeared, blowing whistles and hollering to shoo us out by four o’clock; reluctantly I returned. 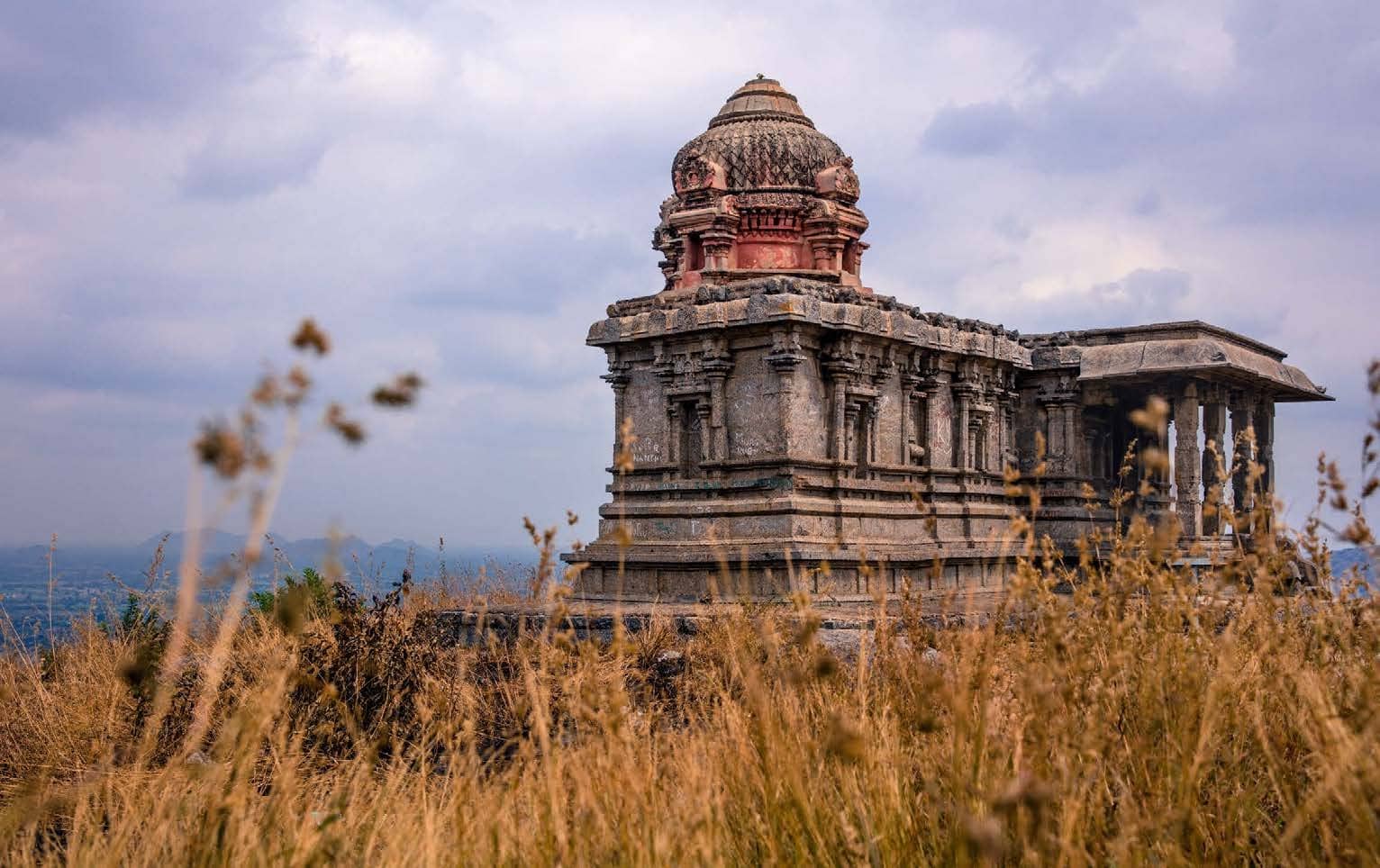 A larger hill—both in size and spiritual charge—rears 40 kilometers to the west. At over 2,500ft, Arunachala, or Red Mount, looms theatrically over the town of Tiruvannamalai and its huge Arunachaleshvara Temple complex. It lends the area great sanctity—according to the Vedas, it was here on the ‘Hill of the Holy Beacon’ that Shiva finally settled the troublesome rivalry between Brahma and Vishnu by revealing himself as an infinite shaft of light.

The episode is commemorated with Karthika Deepam in the Tamil calendar month of karttikai, which usually falls around November and December. Tiruvannamalai has long celebrated it with particular verve. Various rituals culminate in the installation of a cauldron of ghee and camphor atop Arunachala. It burns for nearly a fortnight, its flames visible for miles, and is said to daily consume 600kg of ghee and 100 meters of cloth wick. 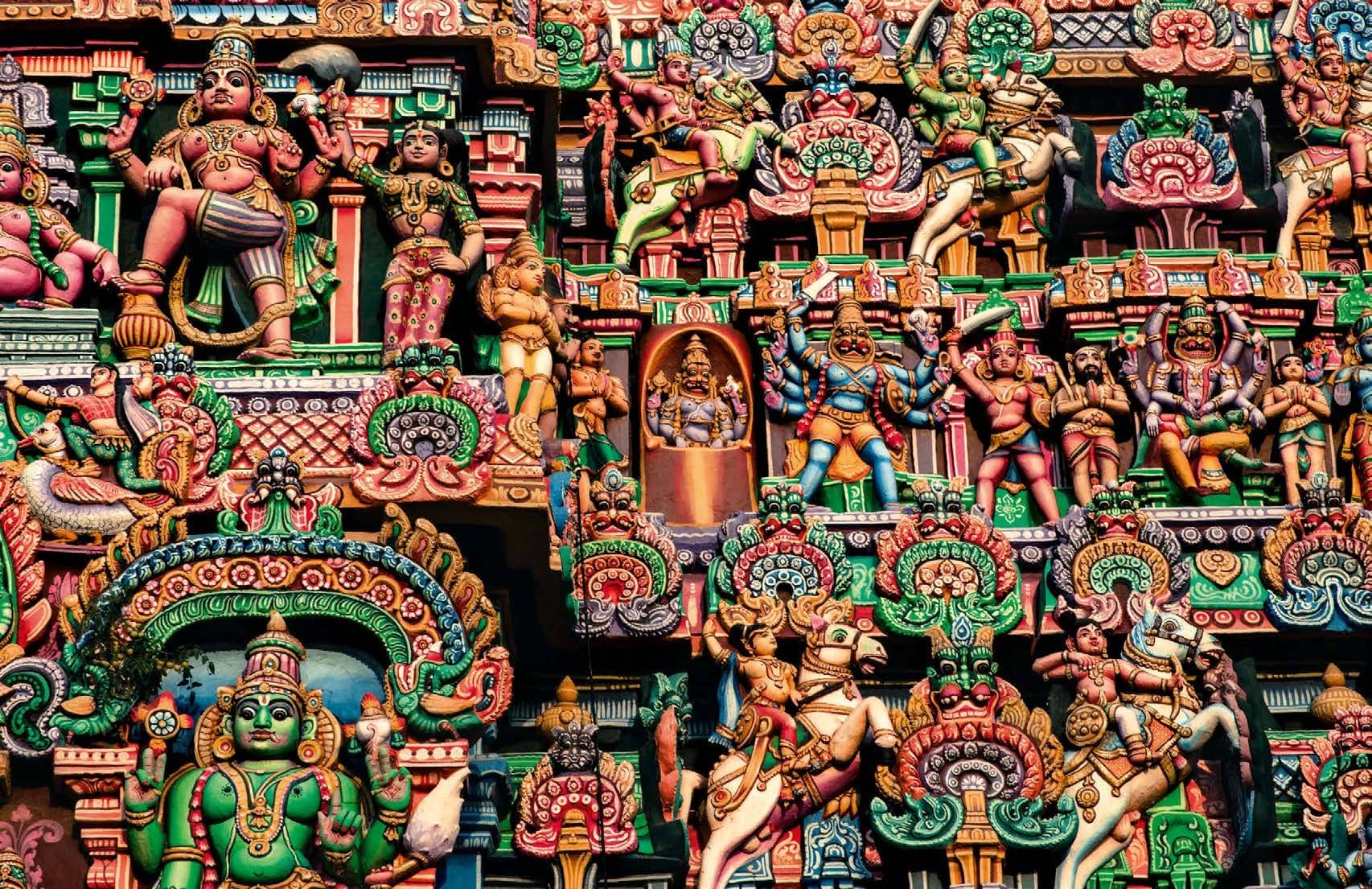