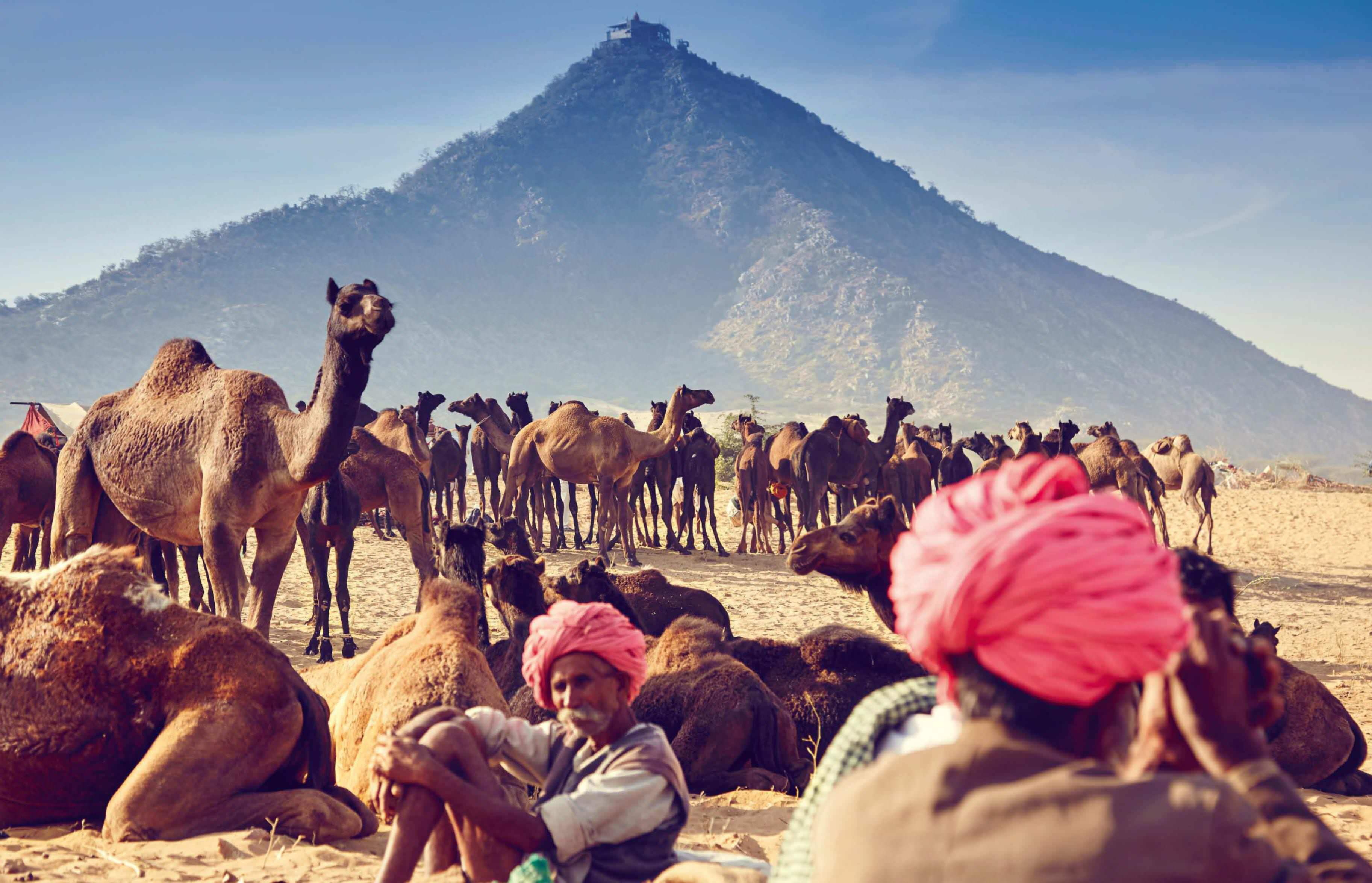 It’s not all camel fairs and pilgrimages in Ajmer and Pushkar, says Vijayeta Kumar. She lists the many reasons why her twin homes should be on your Rajasthan itinerary.

FScott Fitzgerald once said, “It’s a funny thing about coming home. Looks the same, smells the same, feels the same. You realize what has changed is you.”

Over the years, coming home to Ajmer has mostly meant sleeping in till noon, spending the day with the family and friends, pottering about the house. As I stepped out at the crack of dawn, 5am, this day clearly was not one of those. I was going to the Ajmer dargah, officially the Hazrat Khwaja Moinuddin Chishti Dargah, which has become synonymous with the town. Dawn is the best time to go, because tourists on holiday don’t wake up this early, so you can linger at peace.

As I neared the shrine, morning prayers had just ended and I could hear strains of qawwali. The rest of the neighbourhood (Ajmer’s literally built itself around the dargah) was still waking up. Fresh flowers were being unloaded and the smell of roses permeated the entire street. As I entered the dargah, I realised that while it’s not imposing, it has a quiet, assured authority, that possibly comes of having been at the exact same place for hundreds of years. I walked around on the cool marble floors, offered my prayers and just sat there for a while, listening to the music. There was no restlessness to reach out for my phone and check Twitter, no urge to Instagram. There was peace. Quiet. That which we seek and chase all over the world. And I had found it right here at home.

When you think of a city in Rajasthan, your mind automatically conjures up images of imposing forts, magnificent palaces, sand dunes and heritage hotels with vintage cars and polo matches. Ajmer is the exact opposite. It’s a sleepy little town nestled in the Aravalis. As you enter, you notice how old the buildings are, how narrow the roads, the camel-drawn cart next to your car at a traffic signal. Our most popular market is called Naya Bazaar; it’s been called that for decades.

In theory, Ajmer (the district) is only famous for two things—the dargah and Pushkar, that place of pilgrimage 15km from Ajmer (the town). Both places largely lie ignored by the wayside, on a highway towards the curated glamour of Udaipur, Jodhpur and Jaipur. At best, most tourists stop for a few hours. But if you can, stay for a couple of days, poke around, talk to the locals and discover little-known secrets of these two towns, Ajmer and Pushkar. The people here are incredibly warm, with a robust sense of humour and great hospitality. The most famous kulfi wala will urge you to first go have pyaaz kachoris elsewhere and then return to him for dessert. The local sabzi mandi is a lovely farmers’ market in the truest sense: men and women come here daily, from nearby villages to sell the freshest fruit and vegetables, and they happily chat with their customers as they do so.