Summer Time And The Living Is Easy In Austin 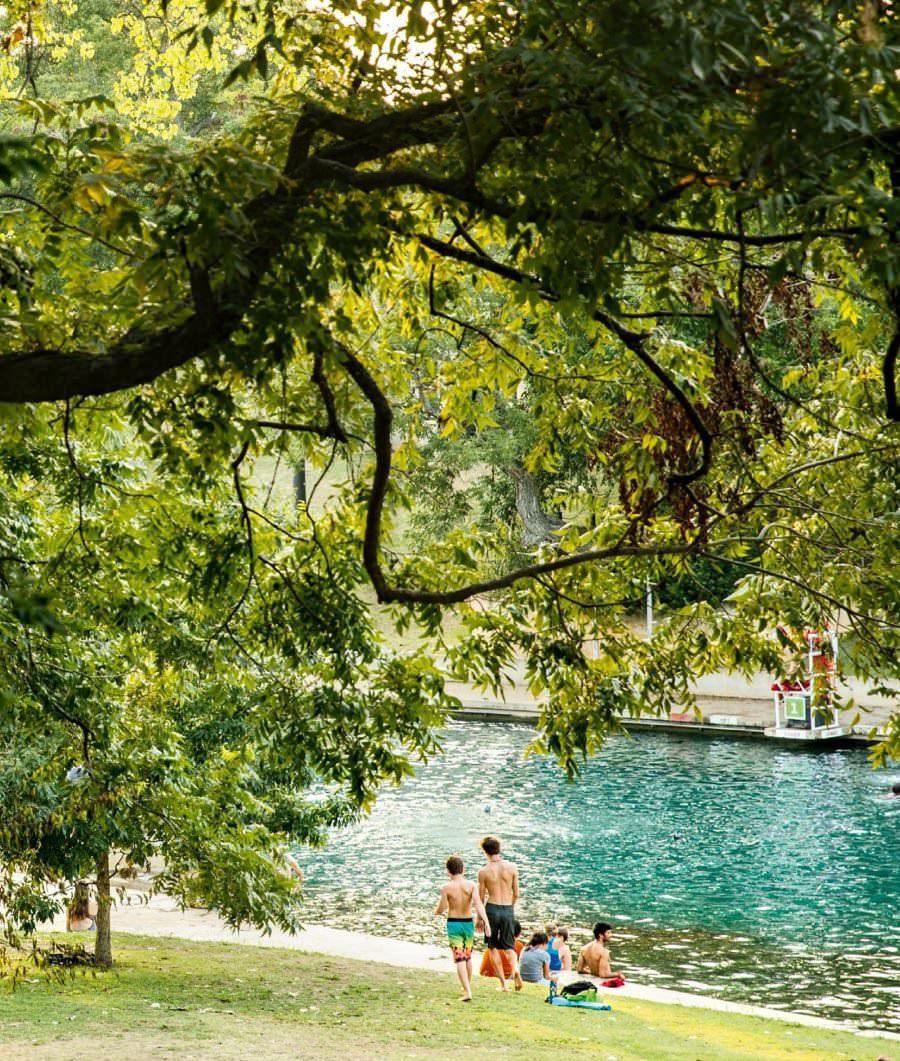 F.T. Kola explains why her adopted city is the star attraction of the Lone Star State.

By the year I turned 30, I’d spent over a decade living in London and then New York. My childhood had been spent in Australia, in a landscape sleepy and drenched with sunlight, and these grand, grey metropolises— London, heavy and resplendent with the weight of history; New York, her flashier, scrappier cousin—felt like fitting stages for my formative adult years. There played out university, friendships that would define my life and eventually, a career in law. But somewhere along the way, I began to suspect that I had lost track of myself. Amid the thrill and noise of these great cities, I’d created a life in which I had lost something essential to myself. And then I came to Austin.

I knew little about the city before that. I knew that I had the great fortune to be accepted to one of America’s great literary institutions—the Michener Center for Writers—an institution that few in Austin seemed aware of, despite (in the city’s typical understated style) it quietly hosting great American writers like the late Denis Johnson and churning out National Book Award and Pulitzer finalists. I learned quickly that Austin was a city of varying reputations, all of which only hinted at its possibilities. Here is a city half-wild—a landscape gold and burnished and dotted with sagebrush that quickly turns to country. Here is the bleeding blue heart of a Texas red as blood, a place where "Republicans for Voldemort’ and ‘Tax the Rich’ bumper stickers nestle next to Jesus-worshipping ichthus decals on the city’s cars. But more than anything, here is a city that rewards authenticity, that is suspicious of pretension. Nowhere is prouder of its weirdness. That, plus a hefty dose of Texan independence, makes for a fertile ground for creativity. This is the place that nurtured Terrence Malick, JM Coetzee, sculptor Elisabet Ney (whose German-style castle still sits, improbably, in a field full of wild flowers near the University of Texas campus), Willie Nelson, Wes Anderson and Tom Ford. If anything characterises Austin, it’s the desire to protect its ability to nurture strangeness and beauty, and the accompanying fear that at any point— whether at the hands of gentrifiers or just too many people discovering a good thing—that individuality will be diluted, marketed and sold away. 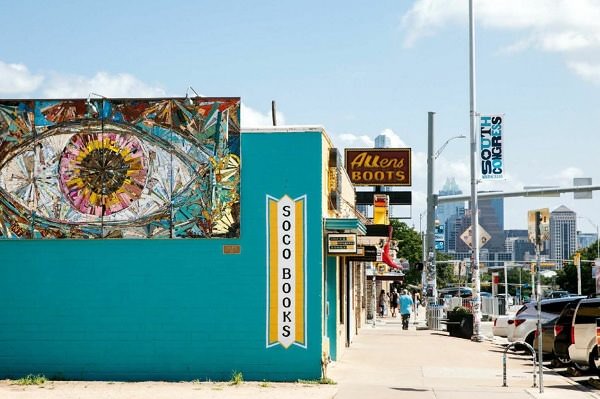 “Austin feels sometimes like 1,000 backyards with Christmas lights and gin, and I like it that way,” novelist Alexander Chee says. “It isn’t that individuality is just accepted, it’s a passport. Once you’ve realised no one will judge you, you’re left alone with who you really are.” It is the perfect place to remove oneself far from the crowded world, forget about any kind of scene and pay attention to matters of art and oneself. The vibe is simple and heartfelt. Come as you are. No need to rush, or try very hard at all.

A good place to get acquainted is South Congress, a broad avenue with views of the Capitol downhill. Start at the top at Allens Boots, where you can engage in the necessary ritual of buying a pair of cowboy boots— befitting Austin, no two pairs are alike and they say you’ll know your pair when you see it. A few doors down is Uncommon Objects, perhaps the oddest and loveliest second-hand store in America, which will make you believe all objects have personality and memory. I have never been able to resist its crowded aisles where every object seems enchanted: taxidermied foxes with bemused expressions, chests of black-and-white family photographs, strange tomes to leaf through, antique furniture, tapestries and paintings, campaign buttons from almost every presidential election and even (it was bought and then returned by me), a haunted doll. Come out of this cave and cross the street to Stag Provisions, where men can find the type of well made clothing that a fashionable lumberjack would wear, and then, at the bottom of the street, get an ice cream cone and take a selfie with someone you love or for someone you love, at the “i love you so much” graffiti. Then it’s time to head to the Austin Motel, heralded by its unmistakably phallic and much photographed red-and-white sign, and duck into the bar. 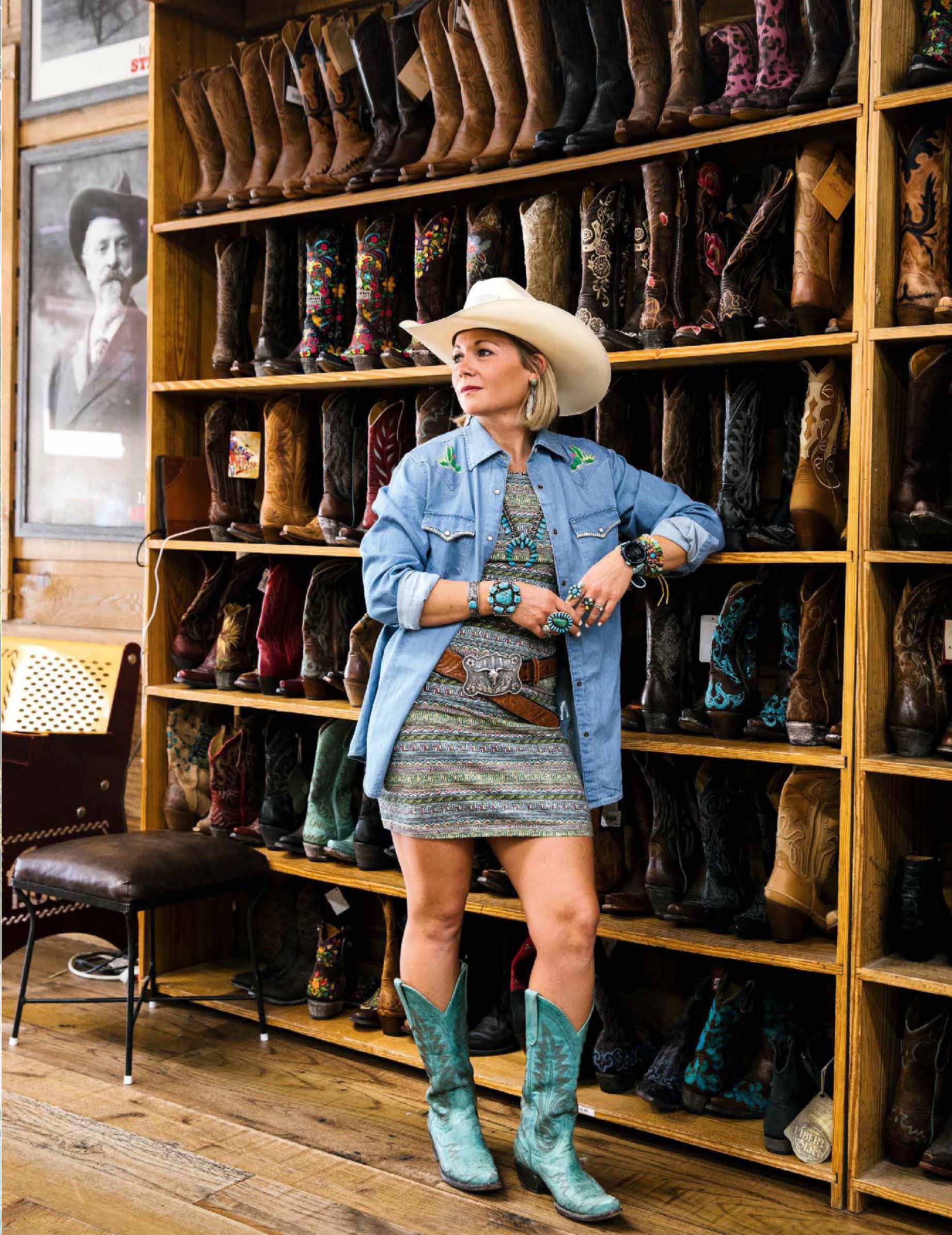