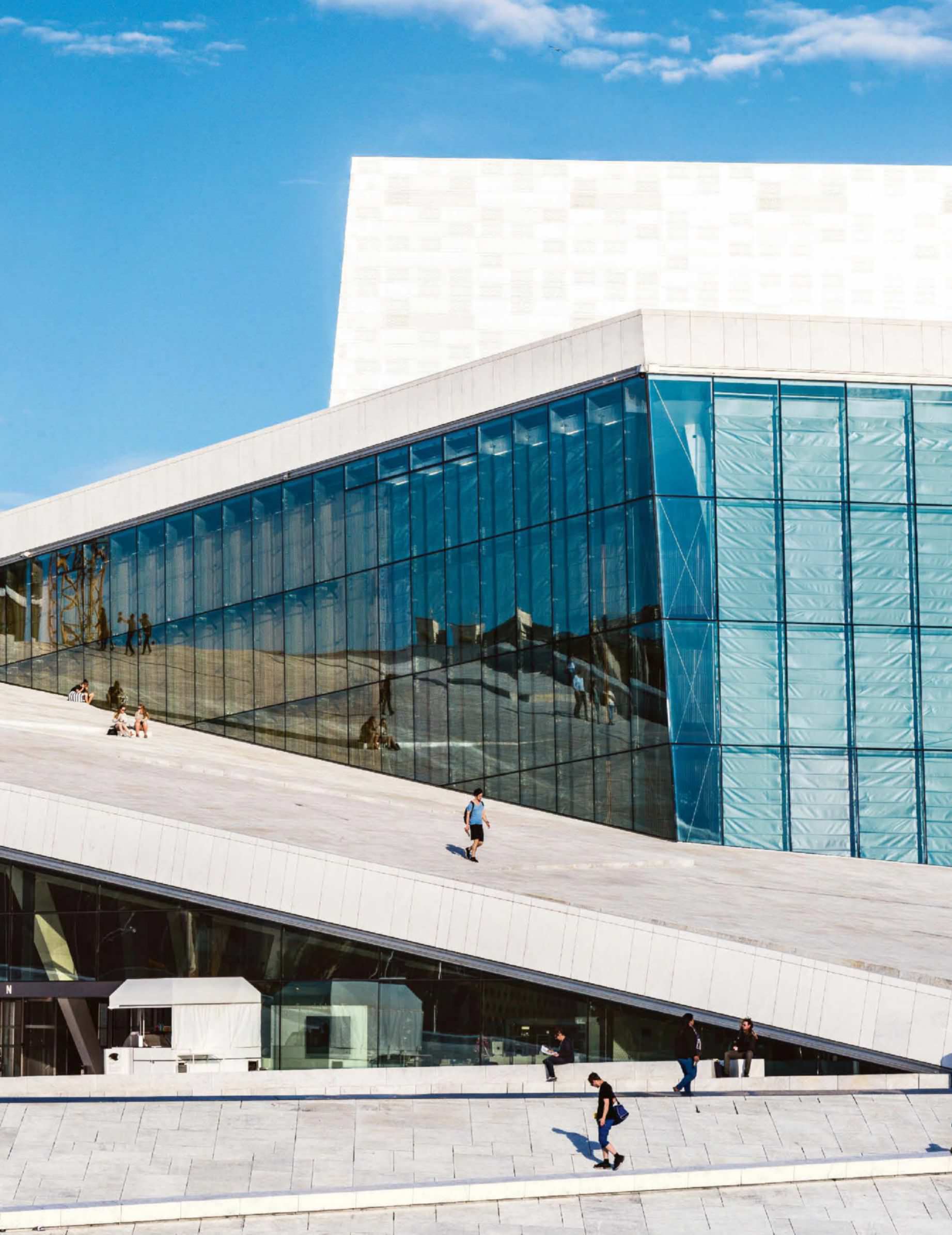 Chandrahas Choudhury journeys across Scandinavia and finds that Nordic cool takes on another meaning in the magic of the midnight sun.

Can life be more beautiful than on a summer’s day in Scandinavia? Answers on a postcard, please, but I have made up my mind. After a king’s breakfast at Oslo’s Hotel Continental—smoked salmon, liver pâté, scrambled eggs the colour of sunset, custard tarts, summer berries, cinnamon buns—I repair to the lobby to wait for my companion, photographer Michel Figuet. I am sitting beneath an original self-portrait of the great Norwegian painter Edvard Munch. His painting The Scream, on view less than 10 minutes away in the National Gallery, draws thousands of excited tourists each day.

Monsieur Figuet arrives, and we saunter out into Oslo. It is a Monday morning and most of the 6,25,000 citizens of Scandinavia’s fastest-growing city—in fact, with around 15,000 new people each year, it is the fastest-growing city in all of Europe—are headed to work. On the long, sinuous inclines of the streets, the archaic trams trundle, disgorging, every few hundred metres, a consignment of stylish passengers in sunglasses, so tall, lithe and athletic, one could be walking through an Olympic Village. The boulevards smell of lilac and coffee, and long before I see them, I hear the brassy, bantering accordions and violins of the gypsies, come for the summer from Romania to sing for their supper. Every surface seems in bloom—as full of colour and life as the majestic tree-sized murals that tell the story of modern Norway and its egalitarian ideals, on view at Oslo City Hall (which also hosts the Nobel Peace Prize ceremony every December). Even between the tram tracks grow small forests of buttercups: in the right light, you put them under your chin and your face turns yellow. One so easily falls in love with—and in— places like this. 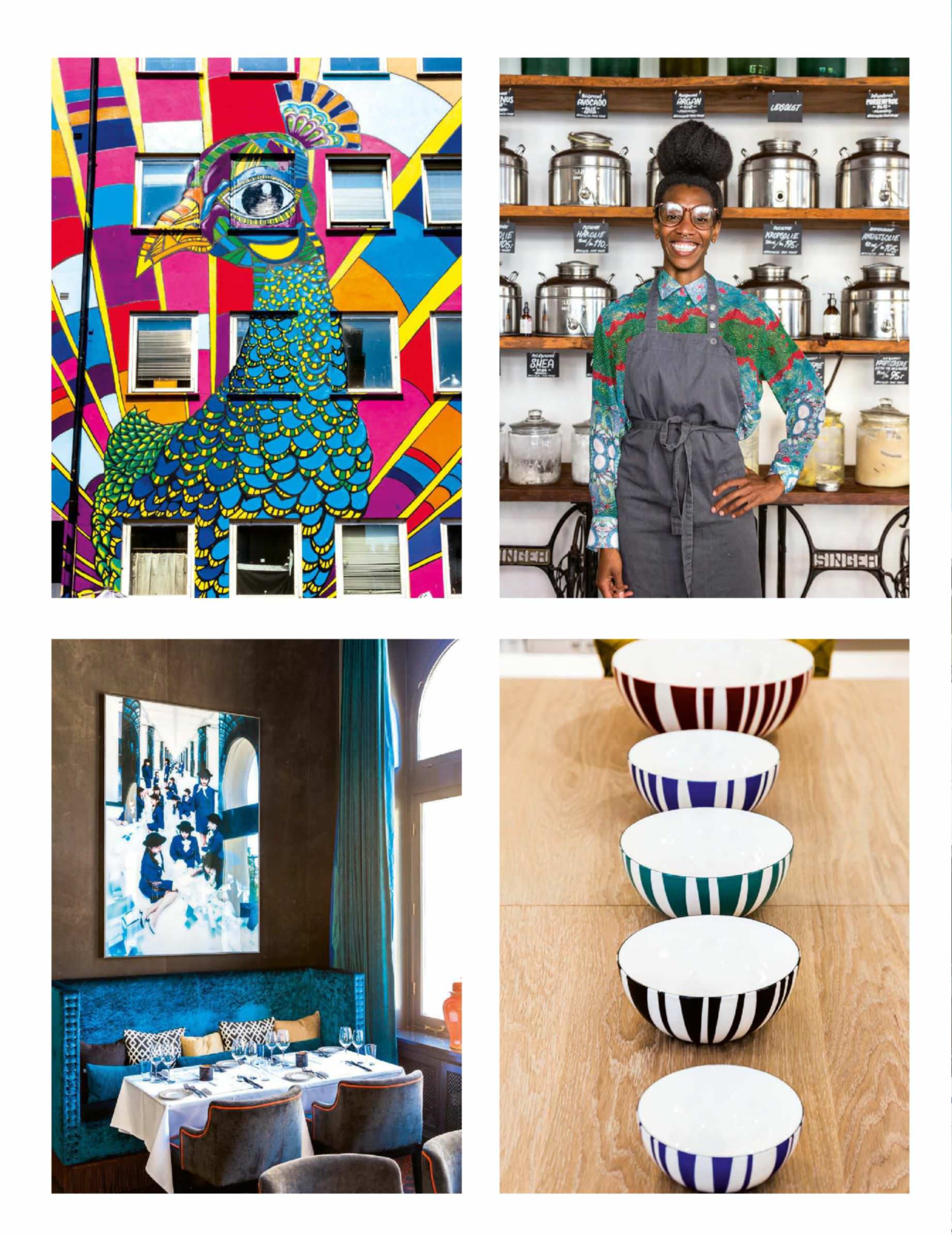 A short walk from the city centre is the Aker Brygge, an old wharf that was once the centre of the shipping industry. Now the old container ports and forbidding gates are gone, and a carefully thought-out urban transformation has produced in their place a magical marina. Now you stop here to nurse a cocktail or consume mussels steamed in cream sauce or a whale steak. You slowly dispense with your clothes until you reach the edge of land with its glowing sunbathers. You even jump into the cold water of the fjord—and drying off, go straight up to the Astrup Fearnley Museum of modern art, where you immerse yourself in the greatest hits of Anselm Kiefer, Damien Hirst and David Hockney. Once the poor cousin of Copenhagen and Stockholm, Oslo now bubbles with a sense of its power and beauty. On summer evenings, one grows delirious with pleasure and loses all sense of time: it is still light when one goes to bed at midnight, and if you don’t draw your blinds, bright sunshine wakes you up by 4am. You need to keep your temporal bearings, as also an emergency snack and bottle of schnapps in your hotel room, for alcohol cannot be bought at a store after 6pm. Most commercial establishments keep strict hours of 10am to 6pm. Norwegian law mandates high wages, and people prize their leisure.

Should you wake up at dawn, head for the Akerselva River. Running down a gentle incline into the Oslo fjord, it divides the city into east and west, and, flanked by green woodlands, it’s a great way to work out the shape and sense of the city. If you cross at “The Bridge of the Factory Girls” at Sagene, with its sculpture of four women in tattered clothes, you gain a grip on the city’s recent industrial past, when it was a textile hub, when women first came into the workplace and when the river was the economic engine of the city. On either side of the river are the shells of old factories, now transformed into art schools or office spaces. 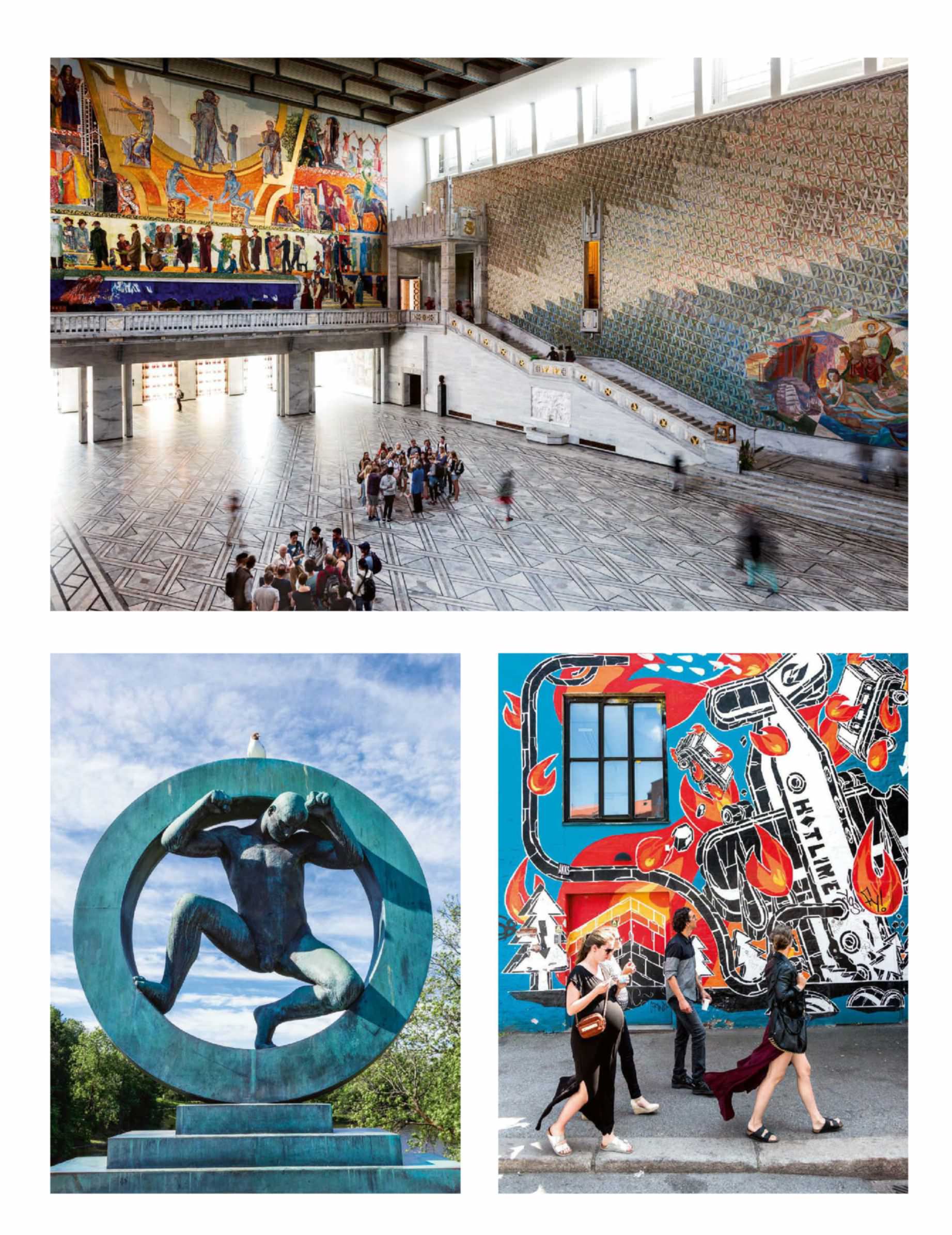 Here, the river borders the hipster neighbourhood of Grünerløkka. I stop for an iced coffee infused with aniseed at 2004 World Barista Champion Tim Wendelboe’s eponymous café, a small artisanal joint, warm with the smell of coffee.

Walking back towards Aker Brygge, I cross the river into the energetic neighbourhood of Vulkan. With beautiful apartments set into a steep slope, a new hotel, a concert hall, a large industrial hall converted into a food court and culinary academy and a Michelin-starred restaurant, Kontrast, this is yet another jewel of the new Oslo.