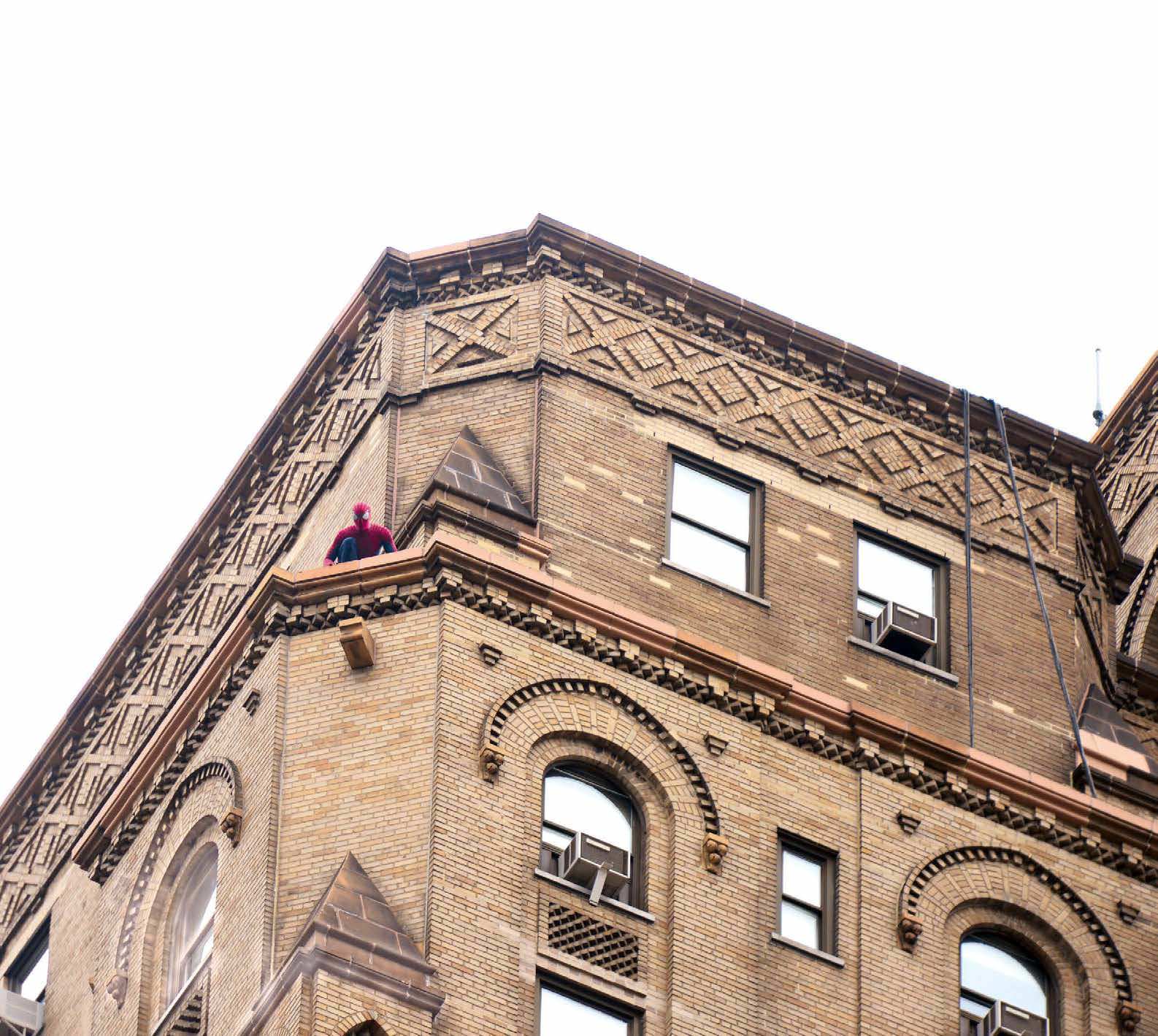 A few years ago, I was in New York on a short visit, and my American publisher told me to meet him at The Algonquin Hotel, famous for being where the literary giants of the Algonquin Round Table met regularly. I’m not as well read as he thought I was, and knew nothing of its history: realising this, he effortlessly pivoted into pop culture and took me on a walk around midtown Manhattan explaining exactly which buildings Spider-Man used in his jaunts around the city, where King Kong’s favourite haunts were, where various famous film heists and loversmeeting rom-com moments were set, all of which was much more my speed. It remains one of the greatest writer-life experiences I’ve ever had.