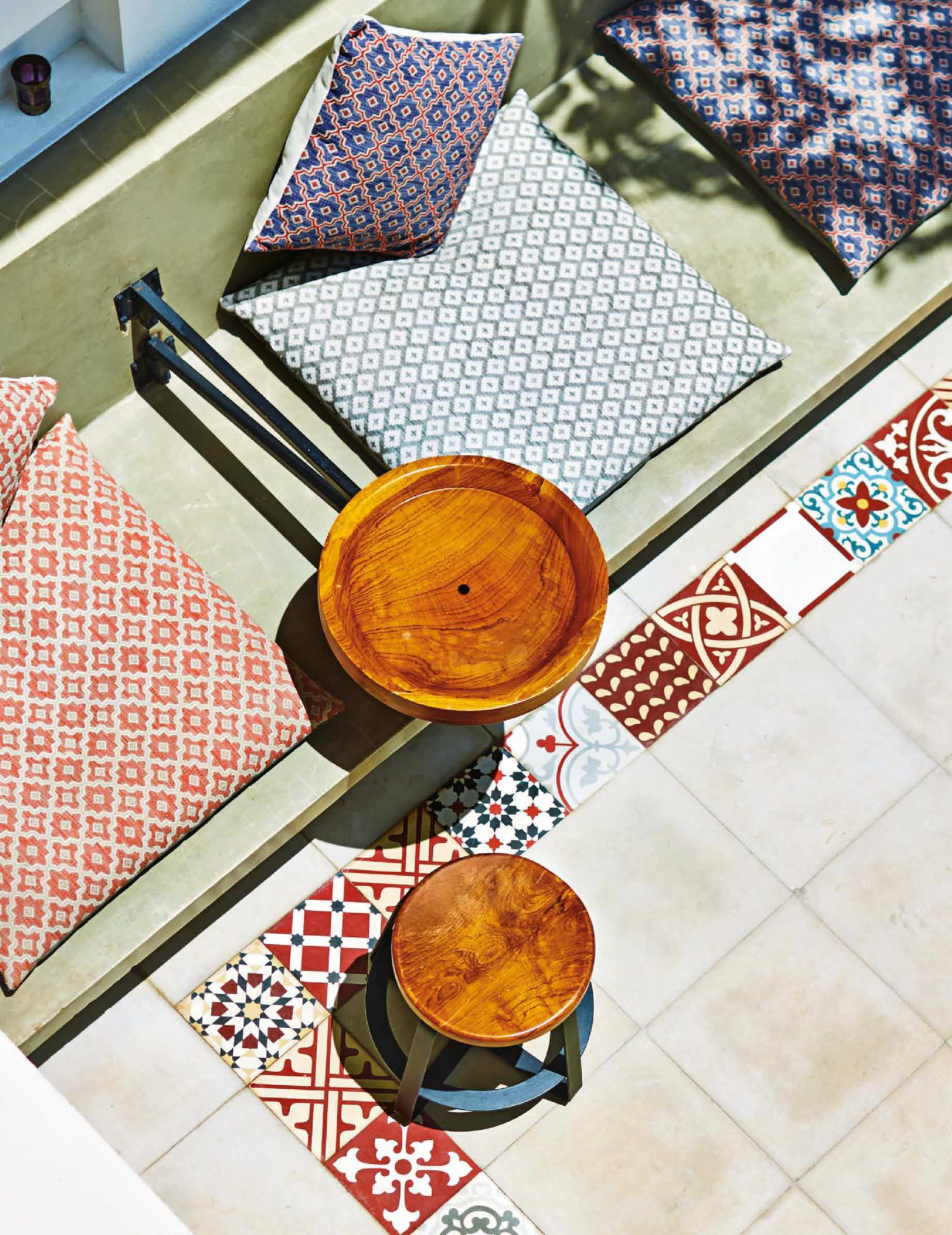 Shipwrecked coins,” says the toothless man in the faded blue baseball cap, pulling a small plastic box from his pocket as he walks towards me on a wide bastion of Galle Fort. “Dutch, British, Portuguese.”

For an island barely the size of Ireland, Sri Lanka has been fought over more than most. And what a prize! Gems as big as fists. Lush valleys rich in tea leaves and spices rising up to Adam’s Peak and its strange flat top, which—depending on your religion— is said to be the footprint of Buddha, Adam from the Book of Genesis or Shiva. And all on an island ringed by coconut palms that dance and dip above the glinting, aquamarine Indian Ocean.

Most recently it wasn’t marauding Europeans tearing the country apart but a bitter nearly 30-year civil war between the Sinhalese majority government and the separatist LTTE. Much has been written, since the war ended in 2009, of the newly opened-up parts in the north and east, of their beguiling beauty still edged with a hint of darkness. But the south, with its astonishingly pretty beaches of honey-coloured sand and the crumbling grandeur of UNESCO-listed Galle town and fort, has been drawing visitors for decades longer. Now a band of passionate expats and freshthinking locals are creating a renewed buzz along this stretch of coast. 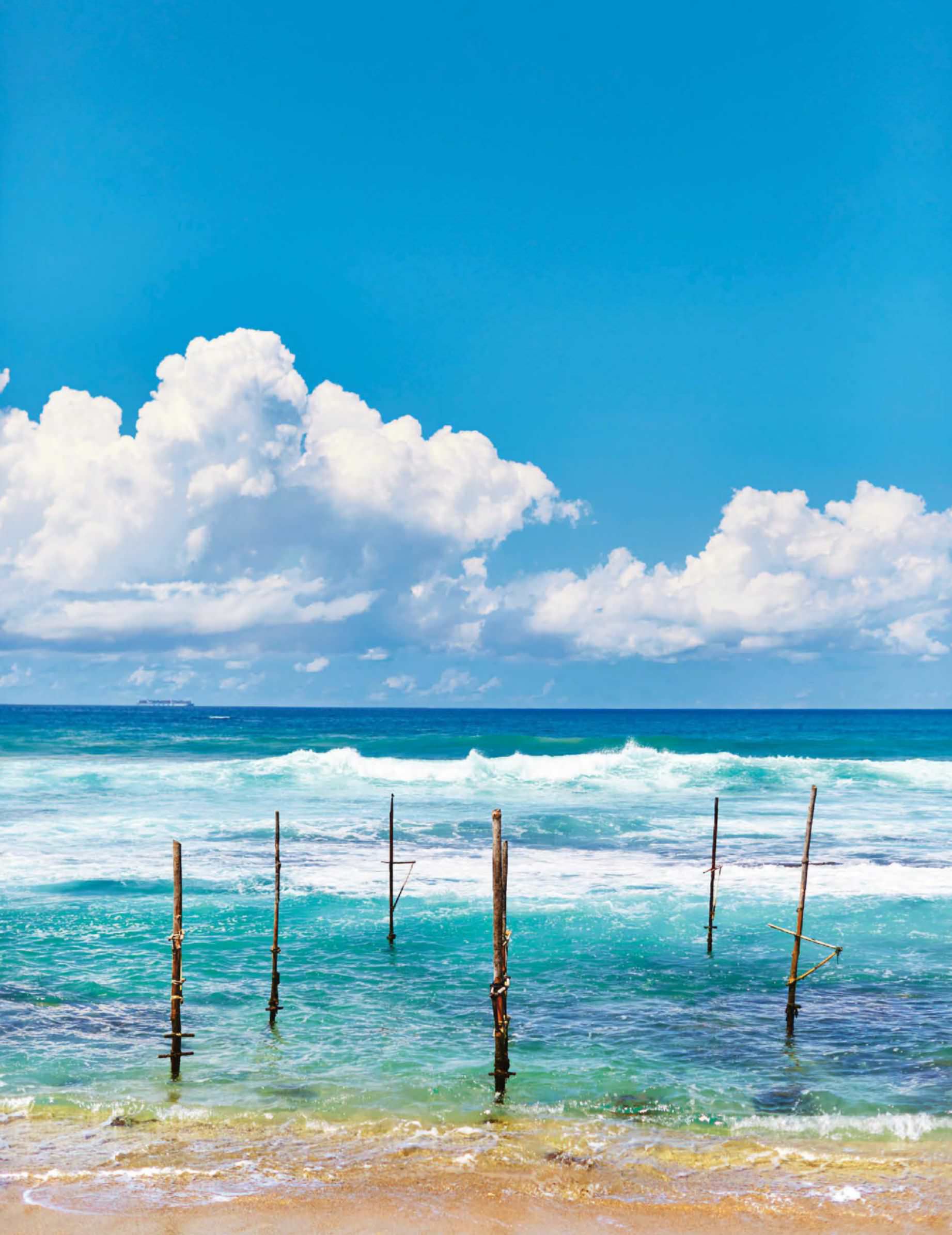 I first visited Galle five years ago. Quiet, dusty streets criss-crossed between the lighthouse—once white, now smudged pink after years of being windwhipped by rose-tinted soil—and the Sun and Moon Bastions of the fort, which overlooks the Galle International Stadium. Today, there’s a hum of activity along these recently paved roads. Peeling mansions have been done up as smart villas to rent. There are curious shops—Stick No Bills (www.sticknobillsonline. com) for kitschy retro travel prints; KK the Collection (+94 91 721 2391) for cutlery and local ceramics— and an expressway has cut travel time to and from Colombo from four hours to nearly two.

“It’s still sleepy though,” says Henry Fitch, who came to Sri Lanka to watch England play cricket in 2001 and moved here a few years later. He now heads Teardrop Hotels, which opened Fort Bazaar hotel in Galle in 2016. “Everything winds down at about 9.30pm, but we’re trying to change that with the hotel’s restaurant, Church Street Social. Post-war, there’s been a real boom in bars and restaurants all along the coast.” 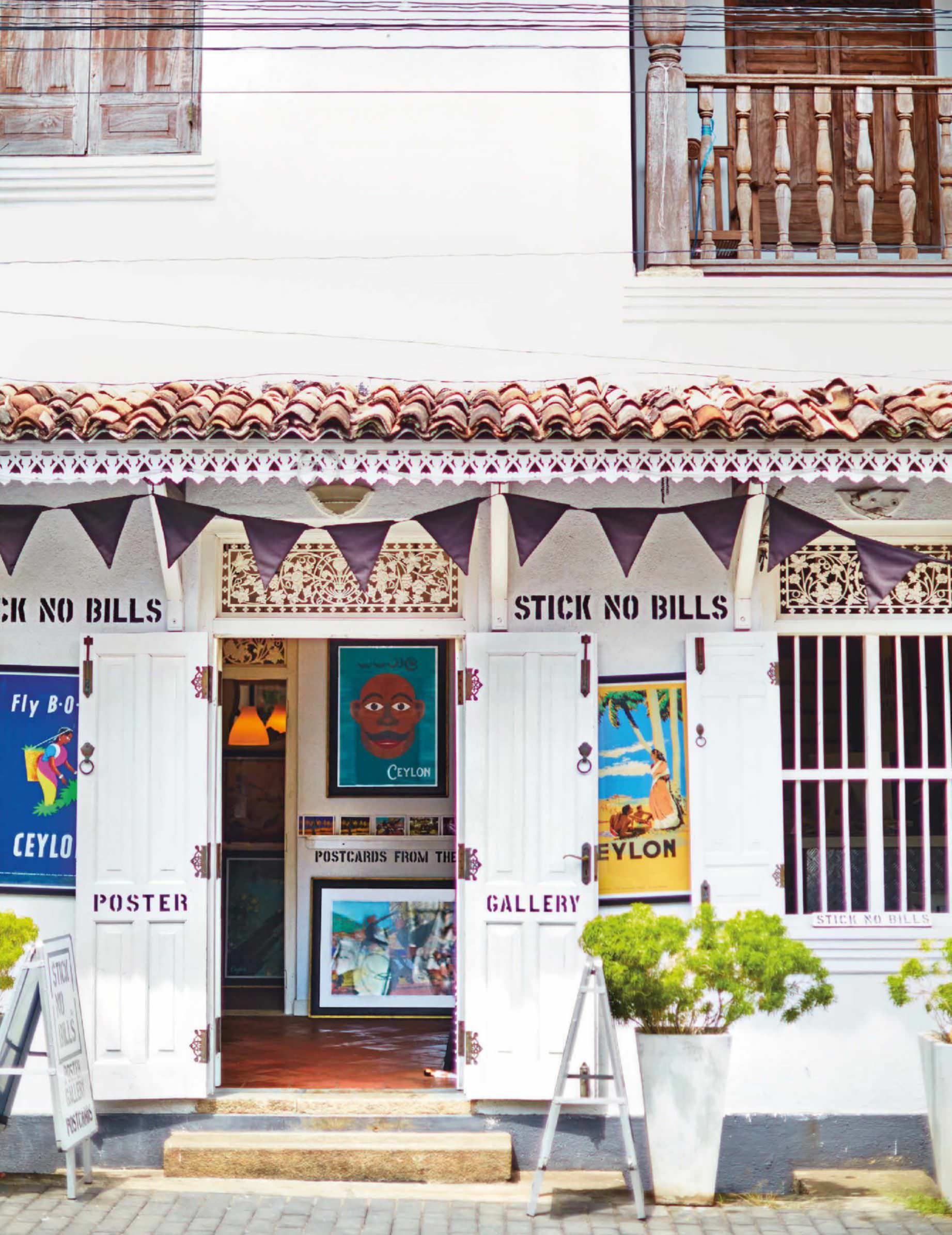