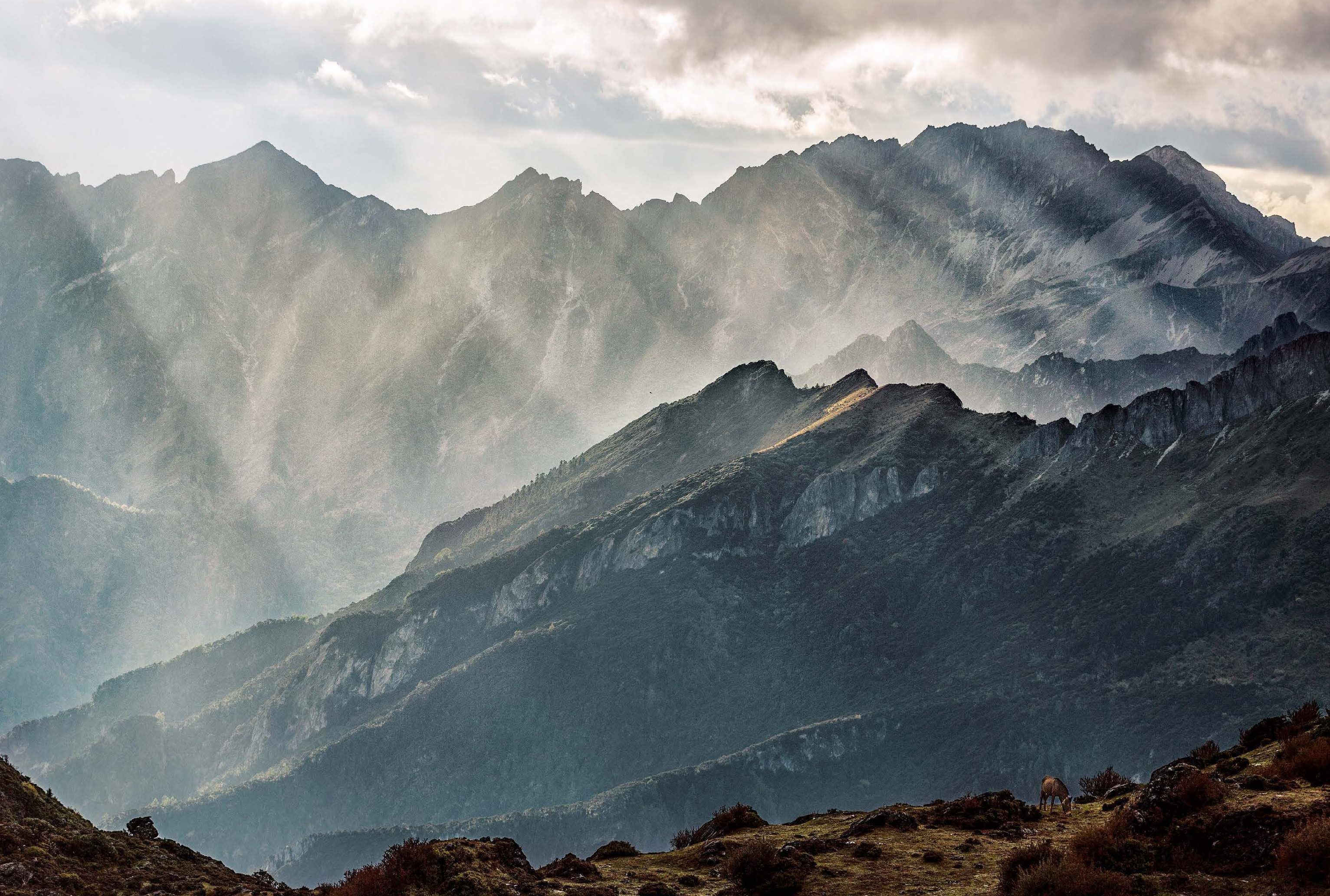 High in the craggy Tibetan plateau, merchants carved out a tea trail 1,000 years ago. Amar Grover traces their journey as they did it, in a mule caravan.

“You don’t want to get too close to that one; he’s a kicker.” Aju’s gestures were clear enough, his amiable Tibetan emphatic and to the point. So I stepped away from the mule’s hindquarters as Aju tightened its straps, and watched the remaining 28 animals being tethered, steadied, saddled, loaded and buckled.

It was a monochrome morning. Dark, ominous clouds thinned to a bleached horizon. The imposing houses, all precise brown masonry with black panda-eyed window frames, looked stern. Yet the mood of the villagers was upbeat. Dozens had turned up to wave me and my fellow trekkers off, amused by the group of tall foreigners wearing clunky boots and brandishing walking poles. When the mules eventually trotted off, there were whoops, guffaws and waves. We followed a muddy path between stone walls up towards the forest. 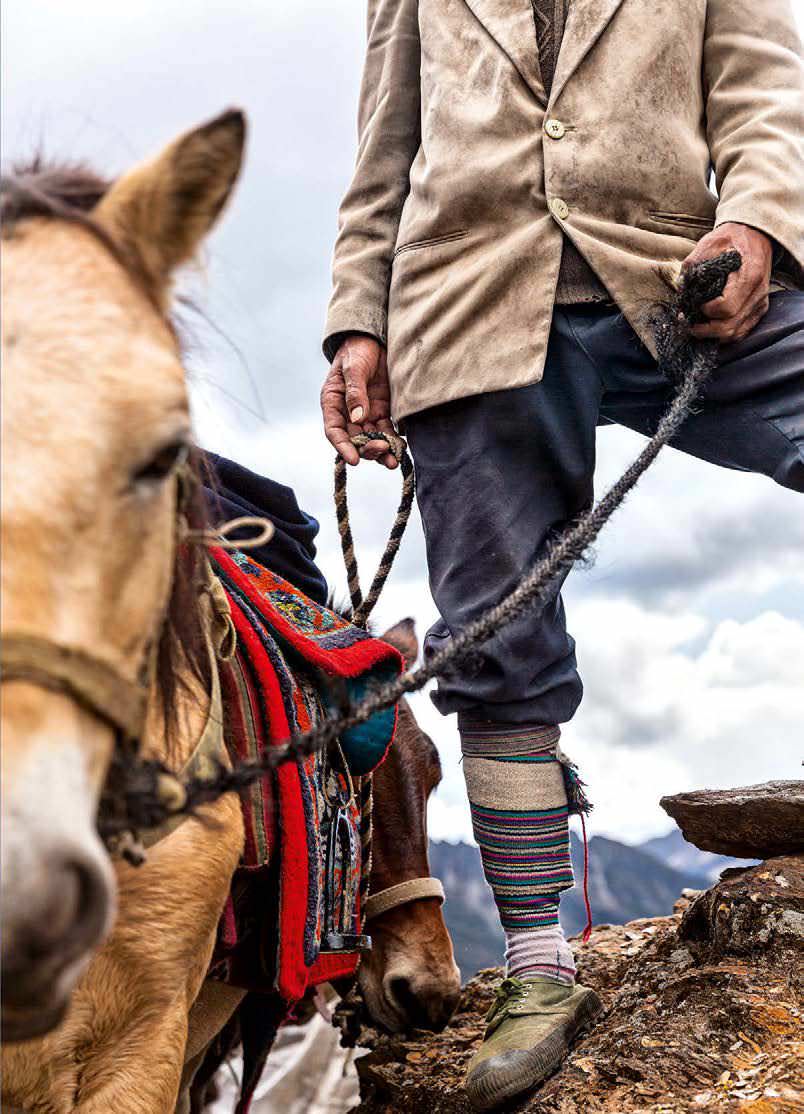 A litter of piglets dashed past snorting and snuffling. We climbed above the village to reach the forest. Warm sunshine filtered through extravagant tendrils of beard lichen hanging from tree boughs. There were dozens of multicoloured prayer flags strung up like bunting radiating from a solitary chorten, whitewashed shrines that commemorate Buddha’s teachings and sometimes house relics of saints. Our path crossed braided streams on the edge of open meadows dotted with herders’ seasonal huts roofed in wooden shingles. We paused for lunch—rice salad and flapjacks washed down with tea—beneath brooding crags that rose abruptly from an emerald-green collar of fir and spruce.

For centuries, this southwestern corner of the Sichuan province belonged to an independent part of Tibet known as Kham. In 1955, the area became a part of China and, despite an ongoing influx of ethnic Chinese, the majority of its inhabitants are still Tibetan. It’s a region of deep rugged valleys, surging rivers, dense birch forests, Buddhist monasteries and holy mountains. Relatively few foreign visitors make it here, even though transportation and facilities have improved; in recent years, China has invested in the region’s infrastructure to try to win over local Tibetans. 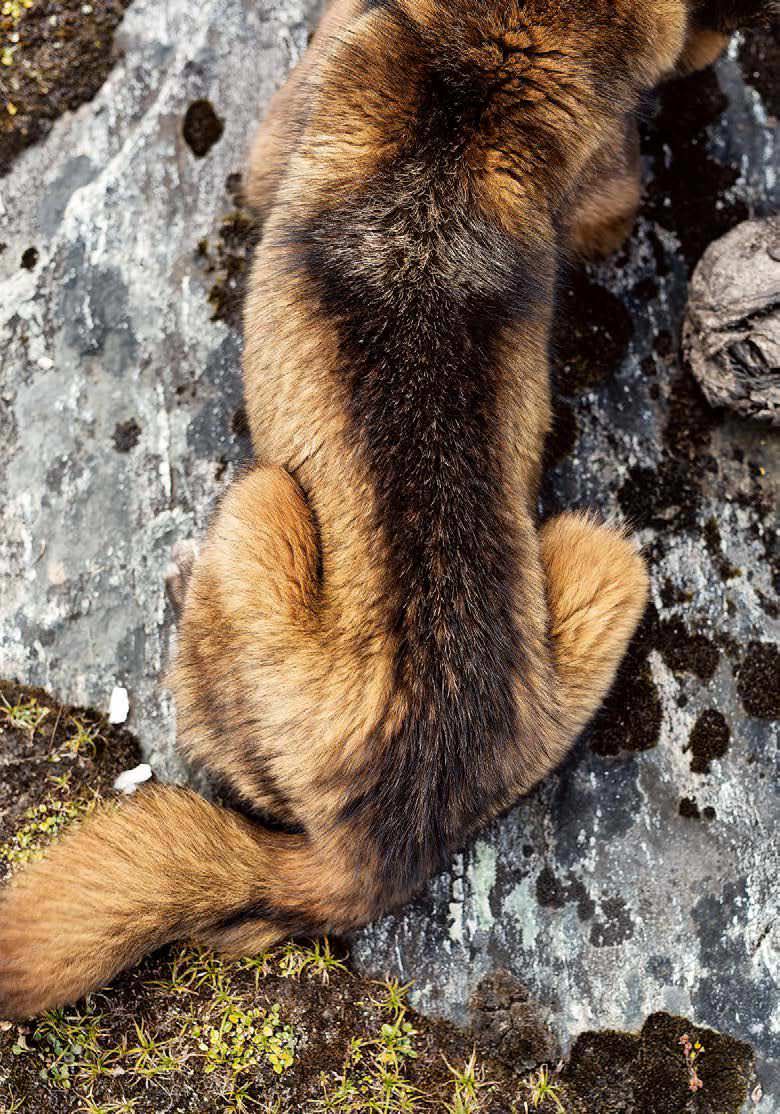