Ranthambore: Beyond The Tiger 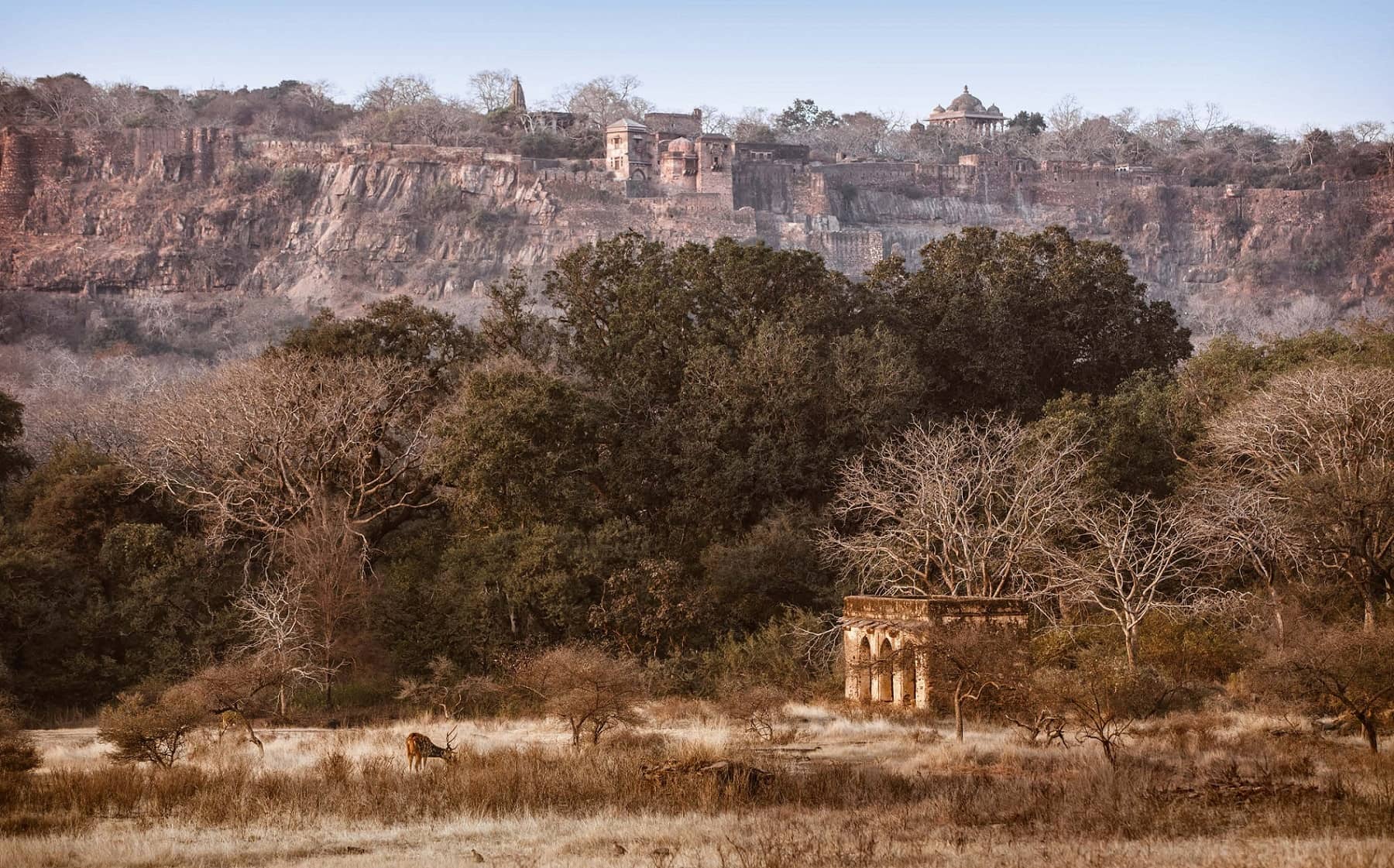 From local legends to the plushest beds, Jasreen Mayal Khanna tells you all you need to know about your next safari trip.

I will never forget the moment I looked straight into the green flecked golden eyes of T-39, nicknamed Noor. It was my first drive through Ranthambore National Park and the tigress had been trailing our Gypsy down a bumpy dirt path for the past 20 minutes. We were just 10 feet apart now, and for a few unnerving seconds, I wondered if she would react to my blatant eye contact. But she seemed unperturbed by our presence. I, on the other hand, was rendered speechless on my first sighting of the presence of the Royal Bengal tiger. Over the next five days of thrilling game drives through theatrical landscapes, I witnessed Taara, a two-year-old cub, frolic in the water while her mother Krishna (T-19) basked lazily in the sun. I saw Sultana (T-106) stalk and chase a baby deer. I saw sambar, mongooses, langurs, kingfishers and many kinds of owls. And I learnt that although you come to Ranthambore to see tigers, you leave with so much more. 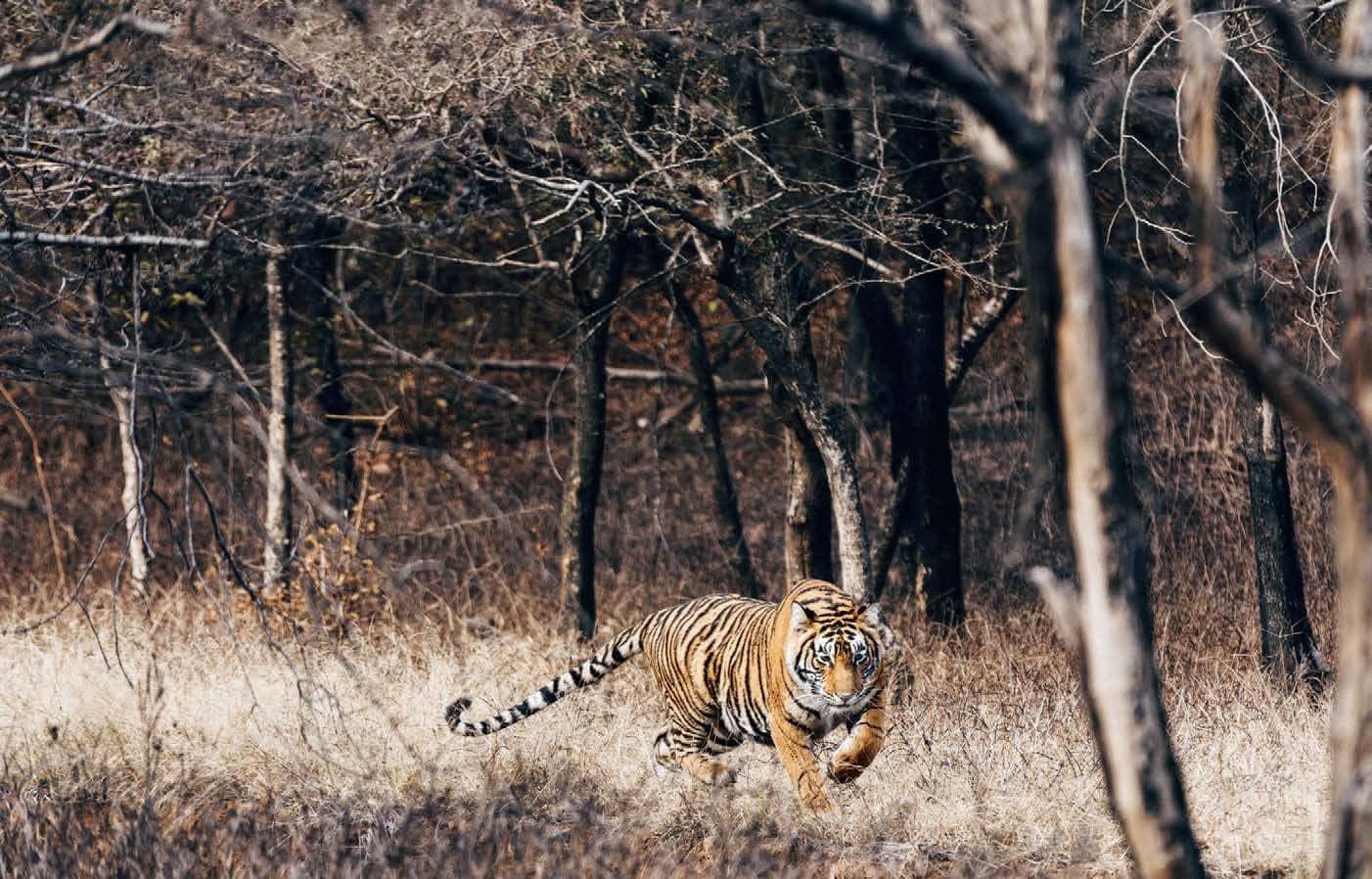 On my first night in Ranthambore, as we sat around a crackling campfire at Khem Villas, Goverdhan Singh Rathore, the property’s owner, told me about the Chambal River, just 45km away, which flows through Rajasthan, Madhya Pradesh and Uttar Pradesh, and its tributary, Banas. “The riverine habitats of Chambal and Banas have a wealth of wildlife but are not frequented enough,” he said. “Chambal is the cleanest river in the North Indian plain and home to critically endangered ghariyals, dolphins, soft-shell turtles and rare birds like the skimmer. Tourists must build in an extra day into their itinerary to experience this.” This is a tad surprising, given that Goverdhan is the son of the legendary wildlife conservationist Fateh Singh Rathore, thanks to whom Ranthambore’s tiger population improved. 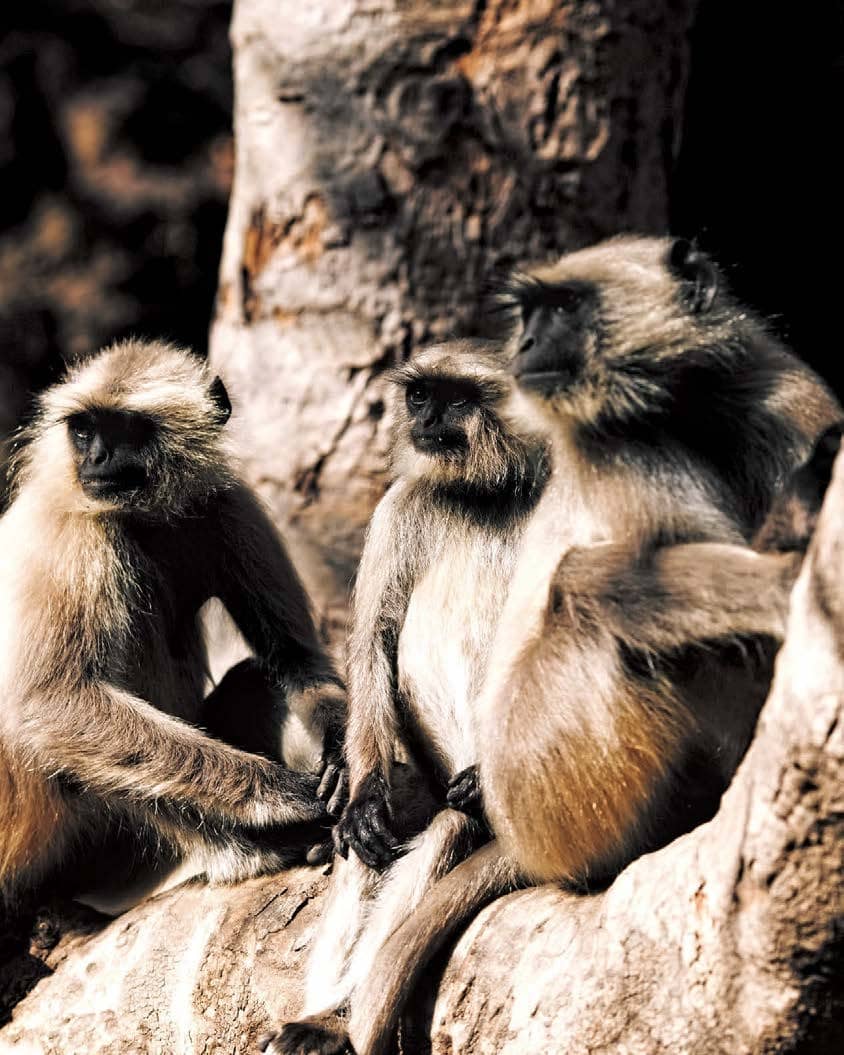 Once the hunting grounds for Jaipur’s maharajas, the region saw a decline in tiger numbers thanks to hunting, before the 1970s, when it became part of the Project Tiger campaign. Ranthambore was declared a national park in the early 1980s thanks in large part to the efforts of Fateh Singh Rathore, who was largely responsible for moving the villages out of the park and compensating the villagers. This led to the regrowth of vegetation, the resurgence of big cats and other animals. Still, things weren’t entirely stable. There were a number of poaching incidents—for example, in the early 2000s, when 21 tigers were poached by Moghiya tribesmen. Historically tiger trackers who’d been part of royal hunting expeditions, many Moghiyas had lost their jobs when the hunting ban came into effect. The tiger was on the verge of extinction.

Enter Dharmendra Khandal—Rathore’s successor at the NGO Tiger Watch. Using camera traps and local networks, he managed to collect evidence that helped book 70 poachers in 2005. The NGO’s partnership with the forest department has played a crucial role in cementing Ranthambore’s status as a conservation success. Its Moghiya rehabilitation programme, which involved educating and providing them with alternative means of livelihood, was just one aspect of the revival of the park. Today, it is home to around 70 tigers—each one loved like family by the park’s rangers and guides.