Priyanka Chopra On US Politics & Film 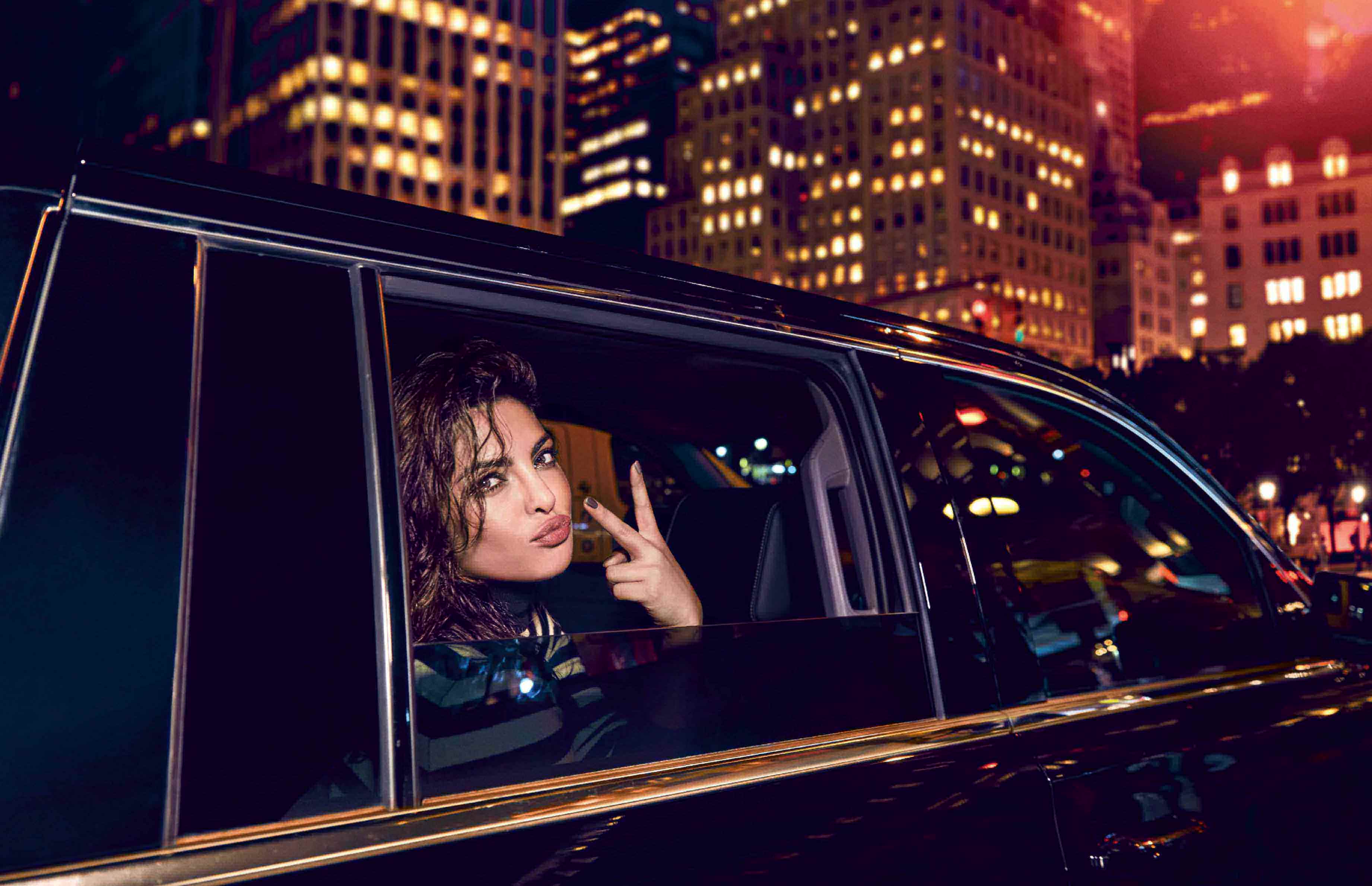 Priyanka Chopra speaks to Suketu Mehta about breaking barriers, crossing borders and why she picks a good travel agent over owning a home.

Priyanka Chopra comes into the restaurant— River park, which has a gorgeous view of the East River—wearing a white top and sunglasses. It’s her day off. This is a rarity in the life of the actress who’s managing a career in two places simultaneously—in Mumbai and the US. So she’s relaxed, and happy to drink two glasses of wine at lunch, and order bread twice. She could be any Indian-American young woman in the country today: confident in her place in life, and in the country. Over a fine meal of oysters (for her) and pasta (for me), she talks about where she came from, and where she’s going.

SM: New York when you were studying here in school to New York now—how has it changed?

PC: Back then, I would take the subway from Queens, meet my best friend at the time and come to Fifth Avenue to hang out and look at pretty people go in and out of Saks. And last year, I was shooting outside the store. For me, that’s the difference between New York City as a child and as an adult—my perspective on it has changed.

SM: You moved around a bit in the US, didn’t you?

PC: From New York, I moved to Indianapolis. My stay in the US was divided between my uncle and my aunt—my mama and my masi. While she was switching jobs, I stayed with him, and vice versa.

SM: Doing that at a young age gives you a certain confidence in being able to take on the world, doesn’t it?

PC: Honestly, it does. Today, I can meet anyone, anywhere, and have a conversation with them on their level. In India, too, my dad was in the Army for the first 10 years of my life, so we moved base every two to three years. Every summer, we would go to Kashmir—Srinagar, Pahalgam. My dad was posted in Leh for about nine months, in fact.

SM: So there was a lot of travel…

PC: My parents are nutty travellers. My dad just loved driving across the country. He would pack us into the car and drive to Shimla, Kashmir, Nainital. We would stop on the road, buy mangoes and guavas, cool them in the rivers, have a picnic, drink beer, listen to music, stay someplace at night. My dad used to make an experience out of it! But I will say that I don’t like it anymore.

SM: You mean you don’t like road trips anymore?

PC: I don’t understand them. When I was living here, we did a road trip from Indianapolis to both the Carolinas to Yellowstone Park. Nine people stuffed in one car, Indian-style.

SM: How about boat trips?

PC: Love! For my 30th birthday, I did one in the south of France— Nice, Monaco, Porto Fino—over 10 days with six friends. It was amazing. And the Mediterranean in July was perfect, a beautiful, crisp indigo. I think I want to own an island one day.

SM: What would you do on an island? You’d be bored.

PC: I have these really weird, ostentatious dreams.

SM: What about a house? Where do you see yourself living?