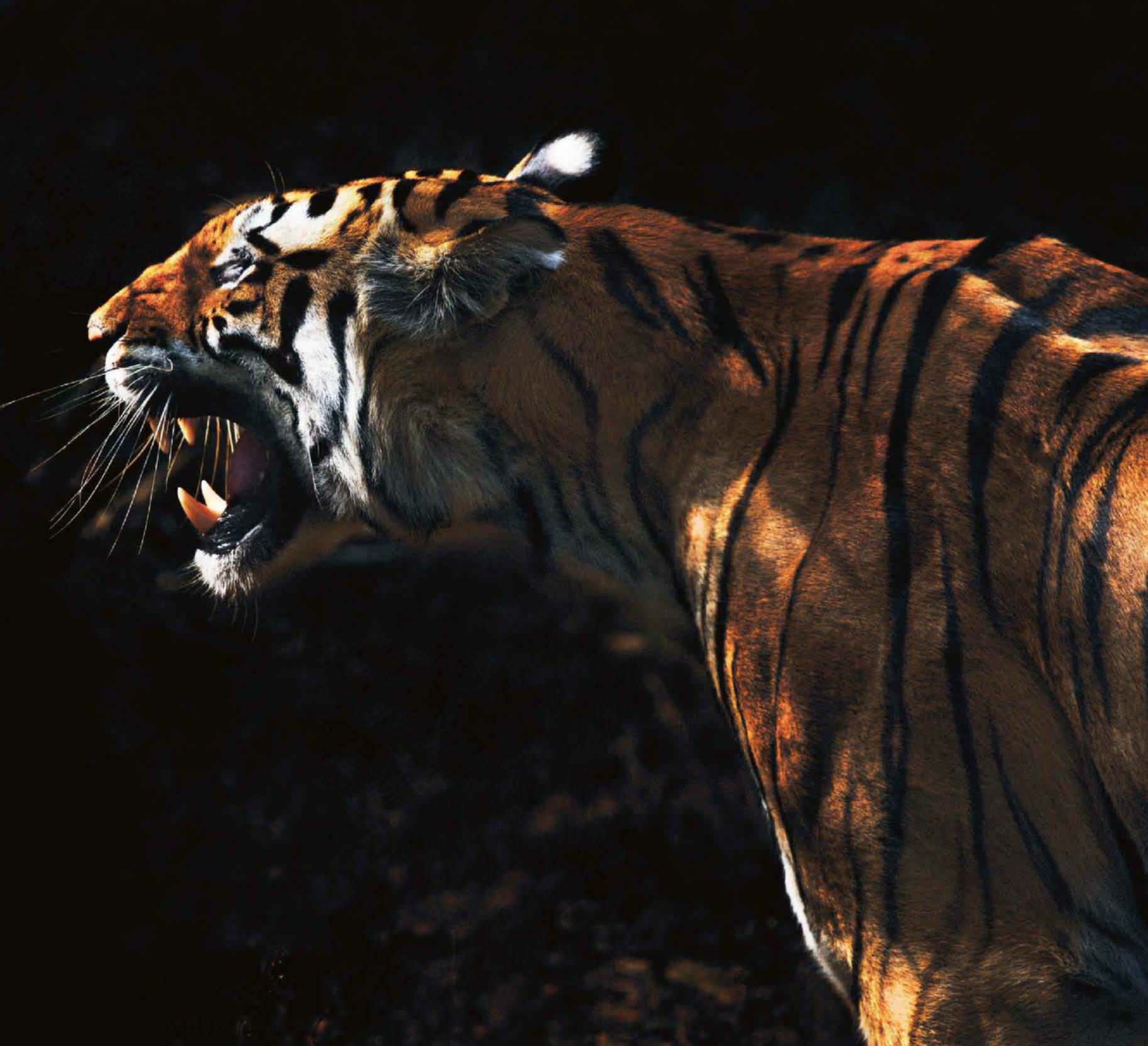 Madhya Pradesh reveals its stripes to Kersi Khambatta as he hops onto his bike and journeys through the heart of India.

The fact that Raipur’s airport is named after Swami Vivekanand, a gentle, deep-thinking philosopher rather than the usual martyred politician, makes me smile. The good Swami spent much of his life here, in this little state capital in the upper reaches of Chhattisgarh, the point of entry for anyone wishing to go to Kanha National Park. It’s a four-hour drive across the border into Madhya Pradesh, once a land of swashbuckling bandoliered dacoits with mile-wide Robin Hood streaks, today known to house one of India’s largest, densest and most contented populations of the Royal Bengal Tiger.

Chhattisgarh used to be part of Madhya Pradesh once, a massive piece of real estate nestled shoehorned in the middle of India. The road to Kanha Earth Lodge makes for a swift journey, even as life outside the car passes in a calm and unhurried manner, the pace of pastoral life plodding on as steady as the clip-clop of buffalo herds; the smells are sweetly rural and a feast of samosas and endless amounts of chai sets us back by a princely 30. The honesty and simplicity suck us in, even as, at first, everything seems new and untested. In time, a distinct personality of this state called Madhya Pradesh will emerge, but for now, the best way I can describe it, from the gentleness of the people, their shy smiles and utter lack of guile, is definitely somewhere-north-of-Maharashtra and definitely not-quite-Uttar Pradesh. Agriculture and miscellaneous industry may be the prime movers of commerce here, but there is no scoffing the dollars and cents that its national parks bring in, which only means one thing—the tiger. 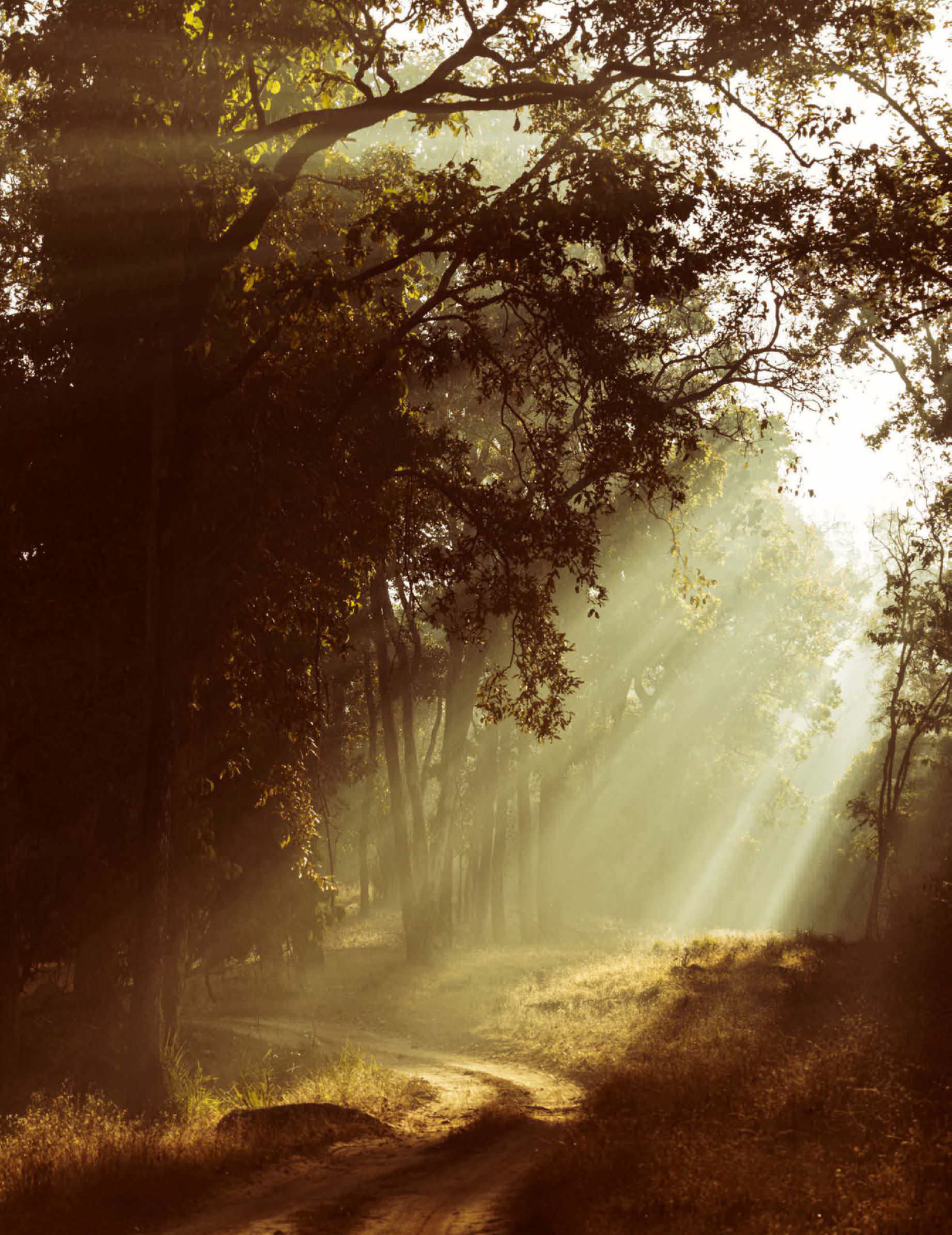 The lodge is well camouflaged, as every selfrespecting jungle lodge should be, jumping out at us from the innocuous grove and thicket that we’ve been seeing ever since we motored deep past new borders and state names. Jungle grows happily around it and sunset is a dazzling affair of golden colours and crisp light. The staff is warm and gracious, full of optimism of tiger sightings, coming from a place of genuine pride at what the state has done for the conservation of the animal. They also love bonfires and al fresco dinners, bless them.

Life teems outside Kanha the next day, in the arctic chill of a February morning. Tourists of all hues, foreign-pale to homegrown-brown, sit swaddled and squirming in jeeps under their resortloaned blankets and hot-water bottles, trying to dodge an icy pre-dawn breeze that stabs exposed skin. Somewhere in the hazy shadows of dense trees ahead are more than 100 Royal Bengal Tigers spread out over nearly 2,000sq km of protected forest, going about their unvarying rituals of foraging, hunting and procreating, oblivious of day, month or year. 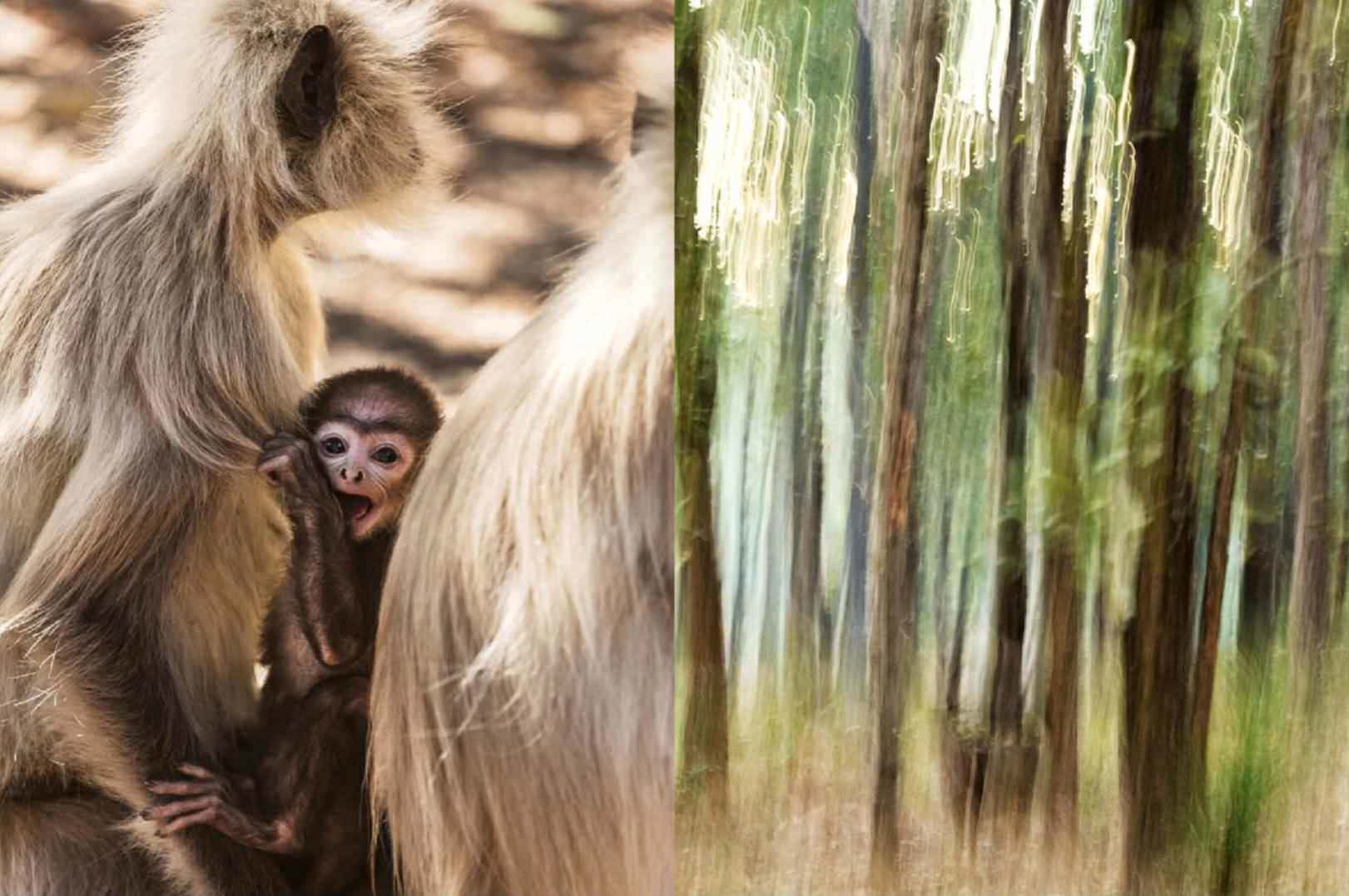 In the park, at 20kmph, the playful breeze becomes a chainsaw that cuts through blanket and skin and works busily on the bone. I am a tiger-in-the-wild virgin who always feels vaguely violated by smug stories of moms and cubs, of snarling males and fresh kills, and it’s really no use telling yourself this is your lucky day. There is no karma, no lucky outfit or sign-from-the-universe juju to tiger spotting. There is, however, a fairly accurate science to it.

Our spotter flicks his eyes here and there, but it’s really his ears that are doing all the work. Then, suddenly, he leaps to his feet, alert as a meerkat, and points. Deer call!