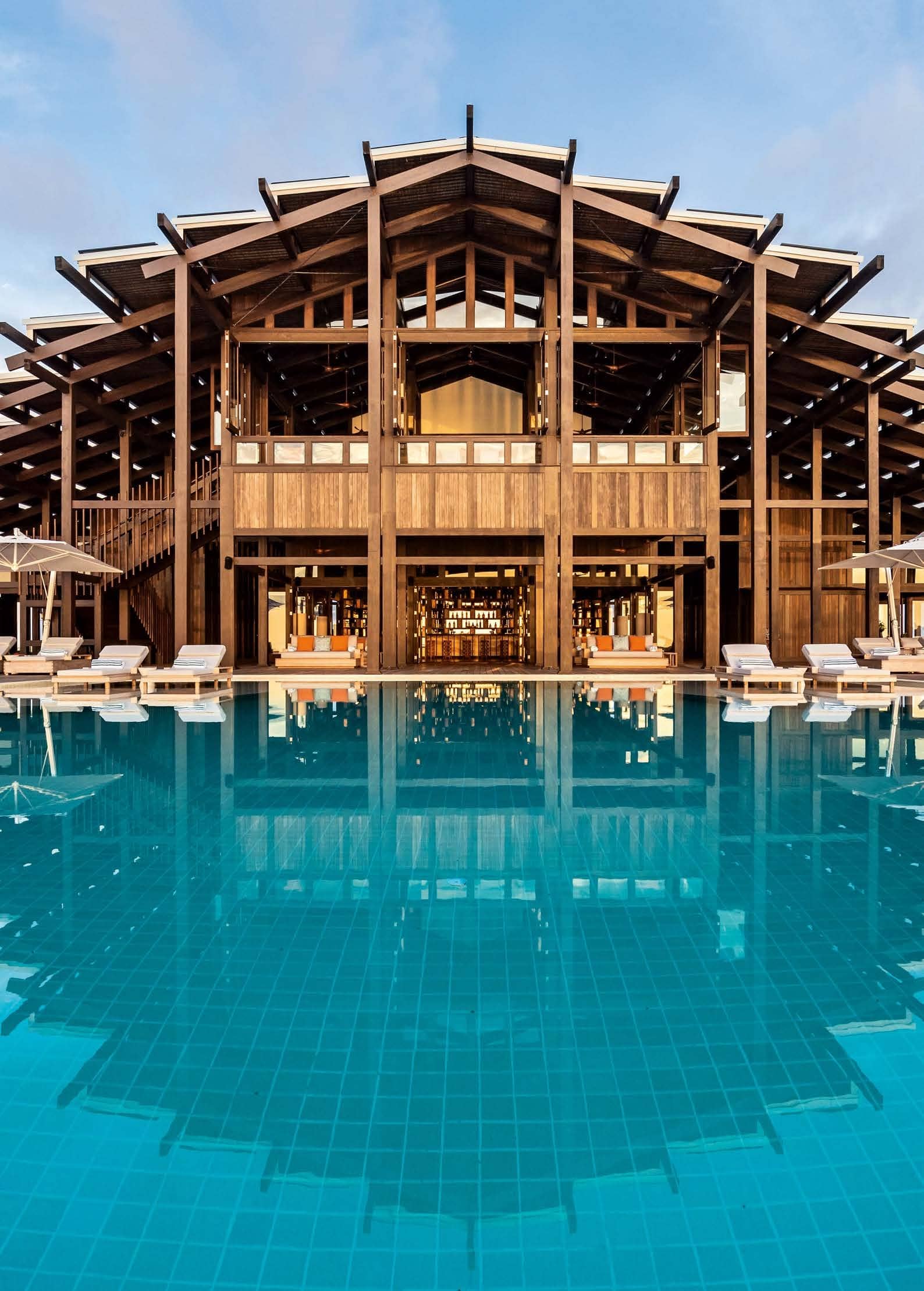 An ultra-luxe resort has managed to raise the bar in the Maldives, says Divia Thani

As far as first-world issues go, hotels in the Maldives look much the same. (Jaded jet-setters are also known to make the same complaint about temples in South India, or forts in Rajasthan or museums in Europe.) But now, a swanky new property in the Maldives is upping the ante. Kudadoo Maldives Private Island emphasises exclusivity, with just 15 villas and a no-kids policy. It’s a 40-minute seaplane journey from Malé to Lhaviyani Atoll, where the waters are famously blue and pristine and the coral reef is so healthy that scuba divers and snorkellers are in for a real treat.

But it’s the architecture that’s got everyone talking. Designed by New York based Japanese architect Yuji Yamazaki, the over-water residences are sprawling, open spaces that allow the sea breeze to waft through. Each has an outdoor shower, 44sq m private pool, direct access to the ocean, deck chairs, even a swing to take in the spectacularly beautiful view. Inside, each is kitted out with everything from a hi-tech Bang & Olufsen surround sound system and 55-inch television equipped with Netflix and Spotify to an artisanal G&T tray. Even a floating bean bag is thoughtfully placed by the poolside, should you wish to bob alongside your breakfast tray.