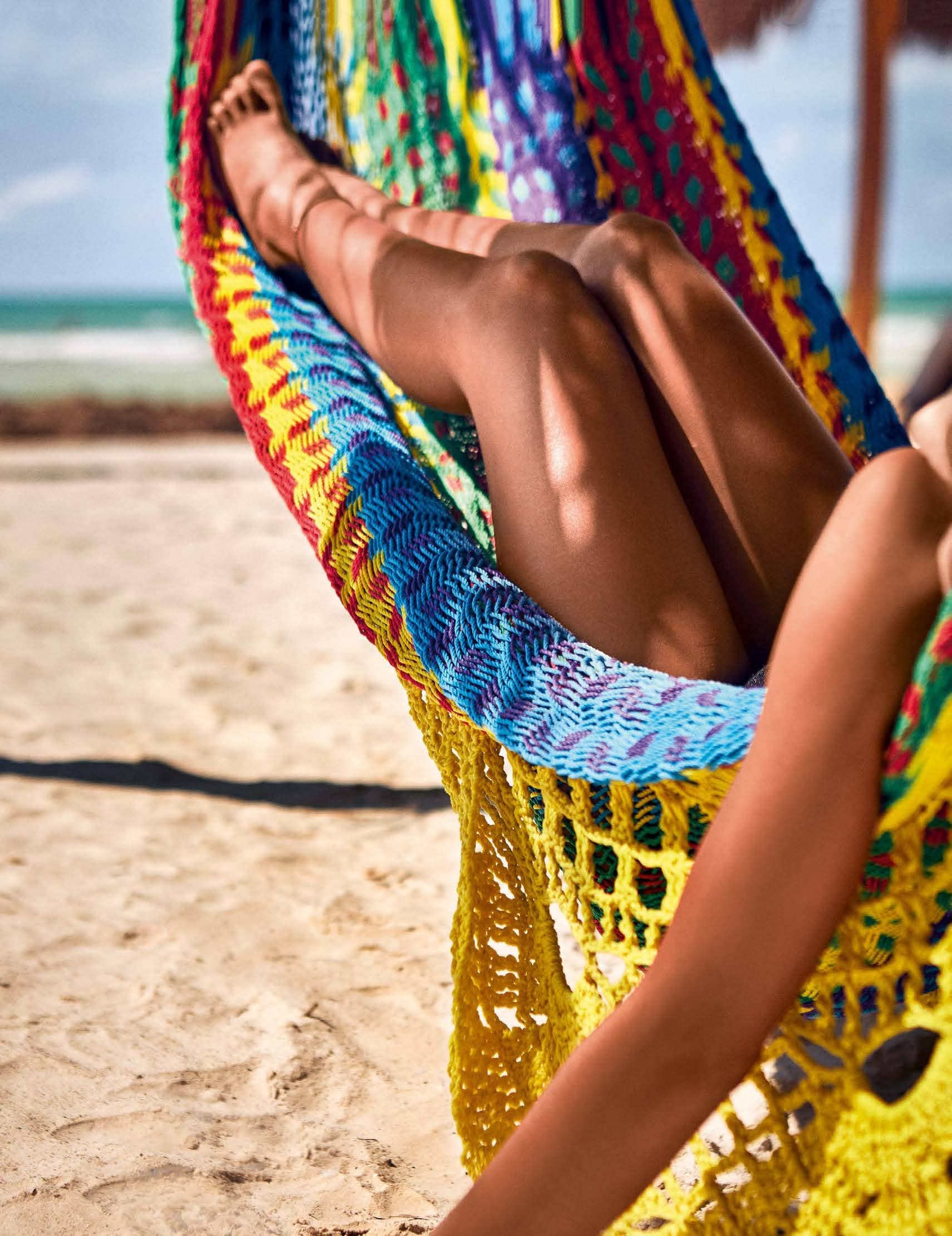 Tangerine-tinged Isla Holbox was long Mexico’s best-kept beach secret, just down the coast from Tulum. The word may have trickled out, but it has held on to its heat-drunk vibe.

Thear the flamingos before I turn and look up to see them: seven, pink and white against the dawn blue, gently gliding east. Around my feet, slender silver fish drift in orderly shoals, scattering suddenly to send fine spray into the air, alarmed by the pterodactylshaped frigatebirds circling above or wading through the shallows. Then the seabed shifts; in a cloud of white sand, a small white ray rises and takes off for deeper water.

The morning hours on Isla Holbox are otherworldly.

There’s the slightest of breezes and the soft light makes the clear, milky-green waters easy on the eye. The beach is almost deserted: a couple of runners, a sea angler preparing kit. The inshore waters are knee-high, with a thin line showing a sandbank, beyond which the sea is darker but still calm, warm, clear, for the teeming, tame, marine life.

So far, so paradisiacal. But returning after an eight-year hiatus, I’m struck by changes on Holbox, a 40km-long sandbar off the Yucatán peninsula’s steamy northern coast. A beach runs the entire length of its northern edge. To the south are lush mangroves and crystalline freshwater lagoons, part of the Yum Balam biosphere reserve. Pirates hid here once, Creoles fleeing the Mayan rebellions came at the end of the 19th century. But since then, and for more than 100 years, it’s been a domain of fishermen and their families: these are the real Holboxeños. The isle remains isolated.

Change has come fast, but not too febrile. The main plaza has been enlivened by murals and solid-looking street furniture. As well as the little shacks for fish and tacos, there are now Argentine steakhouses, sushi joints, cocktail bars, cute cafés, new Italians as well as old favourites doing the island’s trademark lobster pizzas. Shops still focus on crafts and this place even has its own skilled luthier (a stringinstrument maker). Holbox is bright, bold, makeshift. 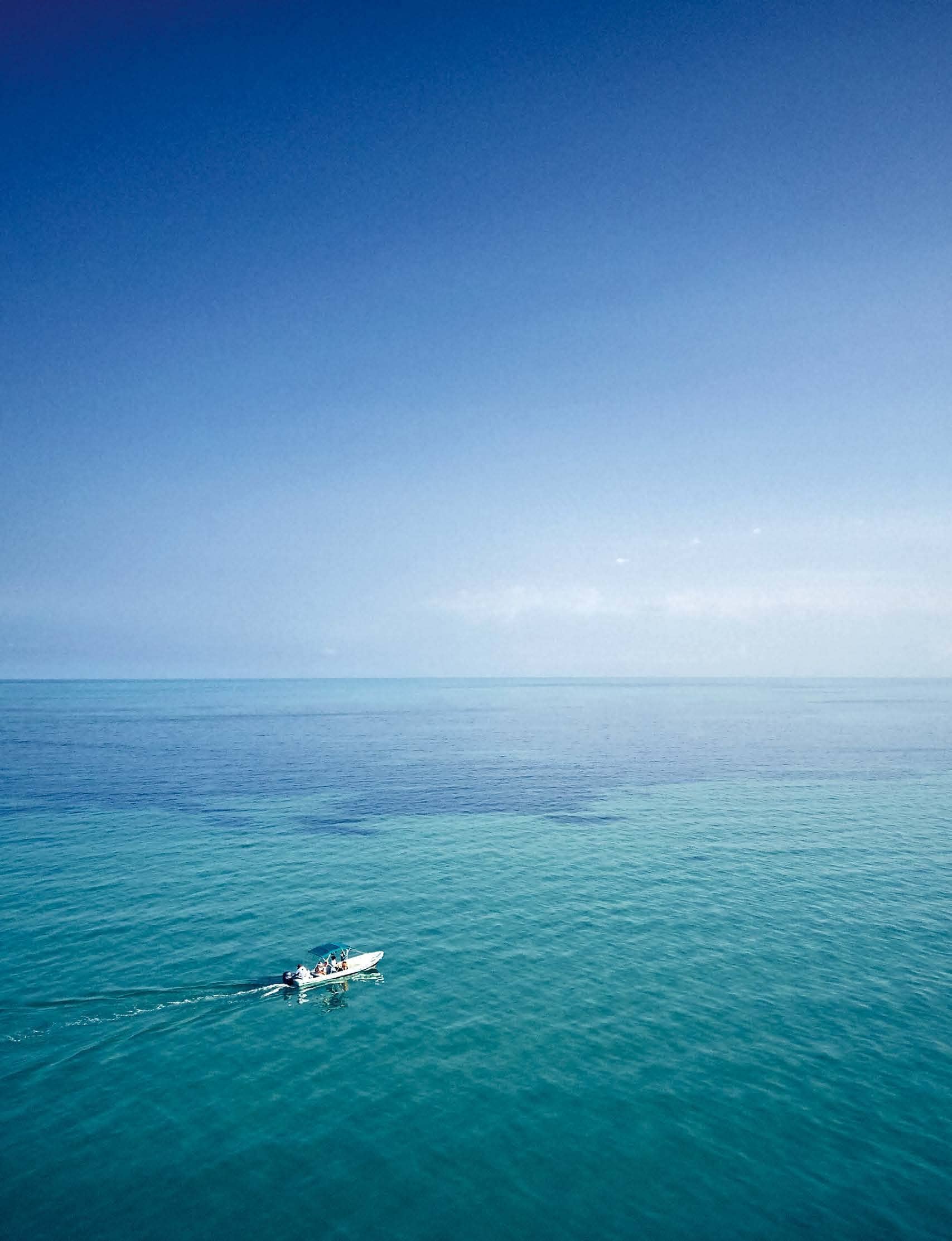 Almost all the beachfront hotels follow the Mexican palapa standard of thatched roofs and adobe walls. But Punta Caliza, where I spend my first couple of nights, subtly bucks the trend. One block inland, the 12-bedroom property has proportions sensitively scaled to the tiny islet. And when I turn left off the reception, I see its inner secret: the entirety of the triangular courtyard is a lime-green swimming pool. The water, which laps up to the doors of the rooms, cools the interior of the building and invites post-beach dips.