Gili Islands In Indonesia Is Perfect For Beach Bums And Headonists 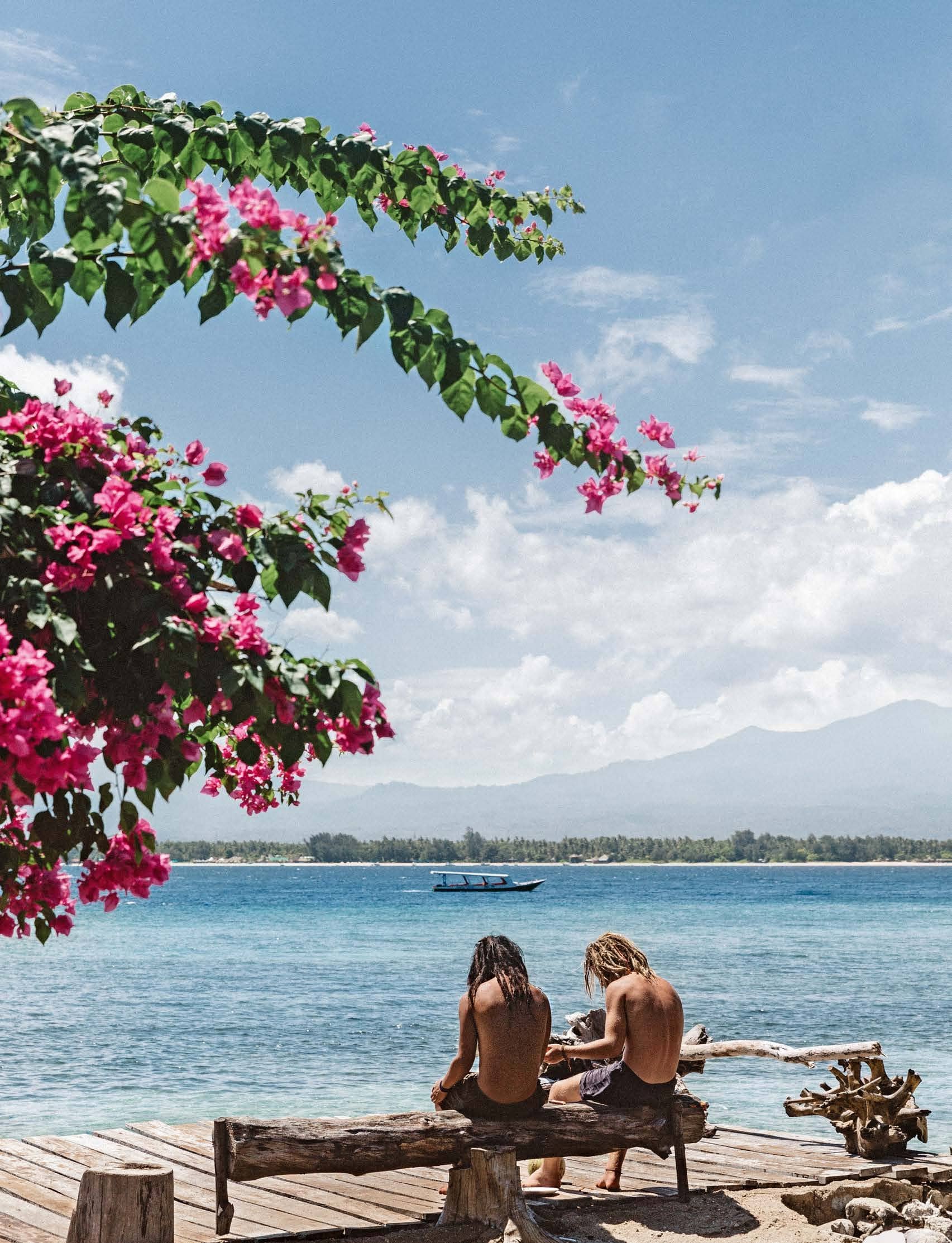 First came the fishermen, then the beach bums seeking empty shores, next the party-loving hedonists. Indonesia’s tiny trio of Gili islands has always made its own laws, and post the 2018 earthquake, emerged with its drowsy, sun-soaked beauty intact.

The boat sails from Bali in the early morning towards the Gili islands—three humps 60 blue miles to the east. Padang Bai port is like this: a jam of thin puppies and fortune-tellers balancing on uncertain boxes; dozing Swedish teenagers with hair sunned to candyfloss rousing each other to buy mango for the journey; smells of synthetic plum juice and drying fish. Up close, men with faces swathed in bandannas against the day’s coming heat hurl rucksacks and heavy poles of bamboo into piles as the vessel slops against its pontoon. The sky black as a flash storm approaches, ragged forks of lightning plunging down the horizon, the decks sodden, rain in our mouths. Ask anybody about the weather on the Gilis and they simply shrug. It can be pelting down on Lombok while the sun roasts high over the islands. Approached from the sea, the three Gilis emerge like a dream of coconut-palm-feathered desertness; bean-green freaked with bits of white and gold. Some people visit just one island. Others hop between the three. The distance between them seems seductively swimmable but the current is deep and strong, and boats labor back and forth regularly. And although there are similarities (each is Muslim, each bans mechanical vehicles bar horse-drawn carts and bikes), each island is distinct. 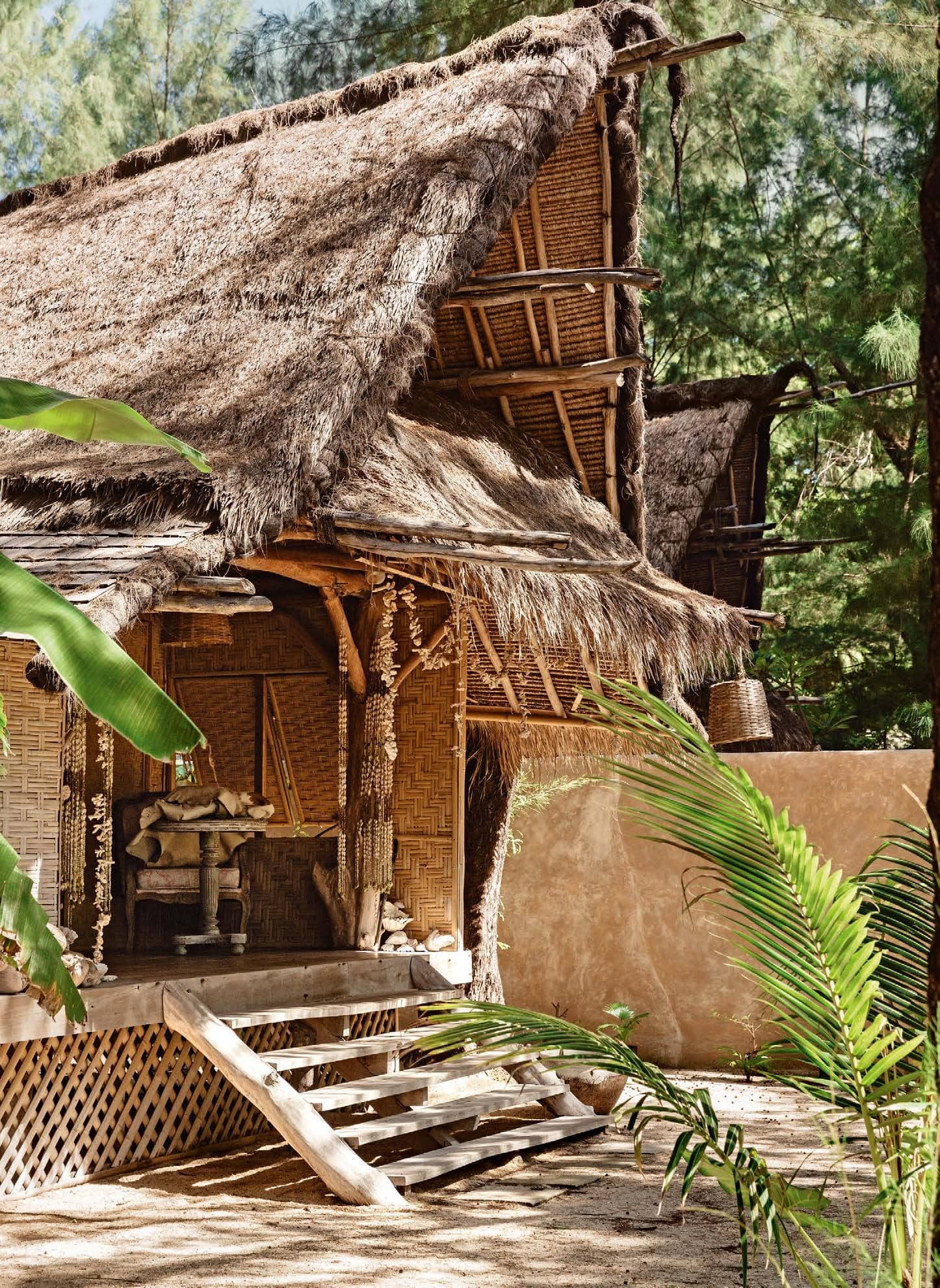 Gili Air is the furthest east. It has all you might need: both peace and life, a place of semi-reclusiveness with a beatnik jeu d’esprit. For every long and solitary stretch of sand, there’s a list of beach bars somewhere near, or alone stall selling vanilla wafers and trays of cold cucumbers the size of your finger. Coffee & Thyme (coffeeandthyme.co) in the port serves the strongest brew to post-party kids and hippie grandmothers, quietly croaking along to Woody Guthrie. Air’s interior is partly branched with winding lanes and pathways that join one another or suddenly come to an end, thronged with people wandering in thirsty circles looking for Pachamama (pachamamagiliair.com)—the finest café in all the Gilis, folded secretively into the back of a back street, selling watermelon gazpacho and home-made vodka with rosella kombucha.

The streets all around wave with inward-leaning grasses and pretty walled villas, like Manusia Dunia Green Lodge (manusiadunia.com; doubles from IDR1,926,260 or 9,340), its garden tended as though it was an exhibit at Kew Gardens in London, with jasmine and frangipani as creamy as the butterflies that hang off them around a pool kept at bath temperature by the sun. A meadow full of cows graze beyond, on Technicolor dandelions as sheeny and orange as Sixties Bakelite. The plants on the Gilis live so intensely, jutting up and blossoming in the middle of the night—cashew nuts and banana and violent pink bougainvillea. Tiny red birds sleep hugger-mugger in a milkwood tree. 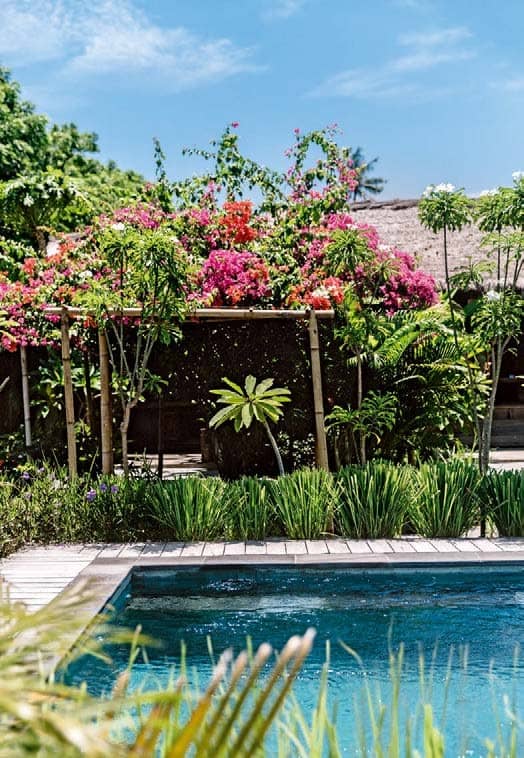 I spend hours in the day spas along the beach, where everybody sits dazedly having their arms and necks massaged, hair slathered in coconut oil, not breathing a word, the only noise is the clunk of exhausted fans. It’s staggeringly hot but the doors are shut only to keep out the flies, not for any desire for privacy.

The streets on the Gilis are an extension of the houses, and people live quite publicly. In one home, I’m given a snake fruit—it’s the size of a fig, the skin has red-brown scales and the flesh looks like garlic but tastes of crunching-sour citrus. Time does what it does for a while. Indonesian popstar Nella Kharisma’s songs squeak from a kitchen somewhere, and then the call to prayer, fierce and sudden, rouses everyone with a jolt. Somebody complains that the mullah has bought a new speaker and it’s a struggle to get used to the volume. Whole days can pass like this, moving from a spa to a café to a sea to a bar. But Air is also perfect to cycle round and round, the light and mood changing through the day, the coral-stone coastal path running out now and again, and the sand in between volcanic and thick and near-black. 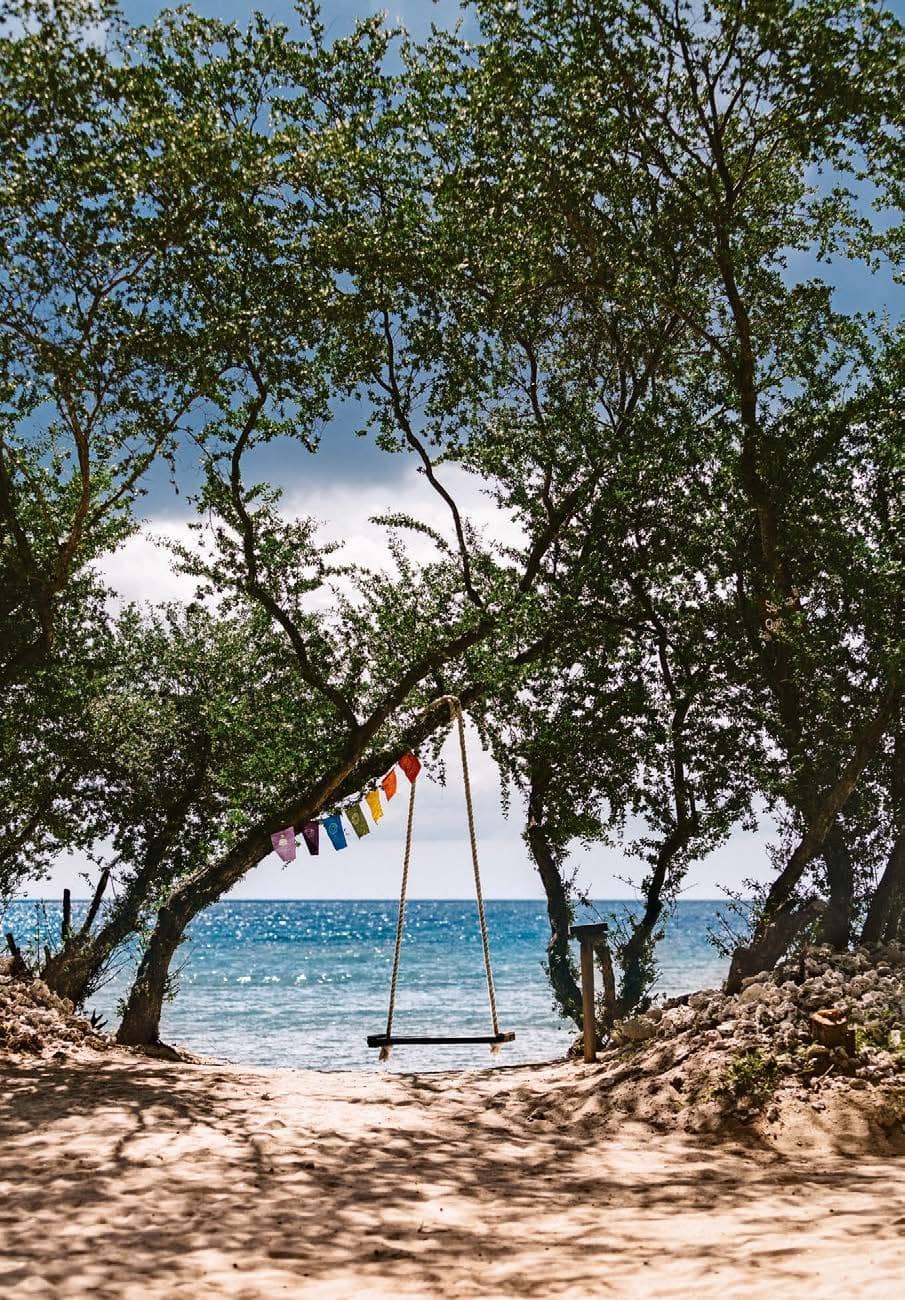