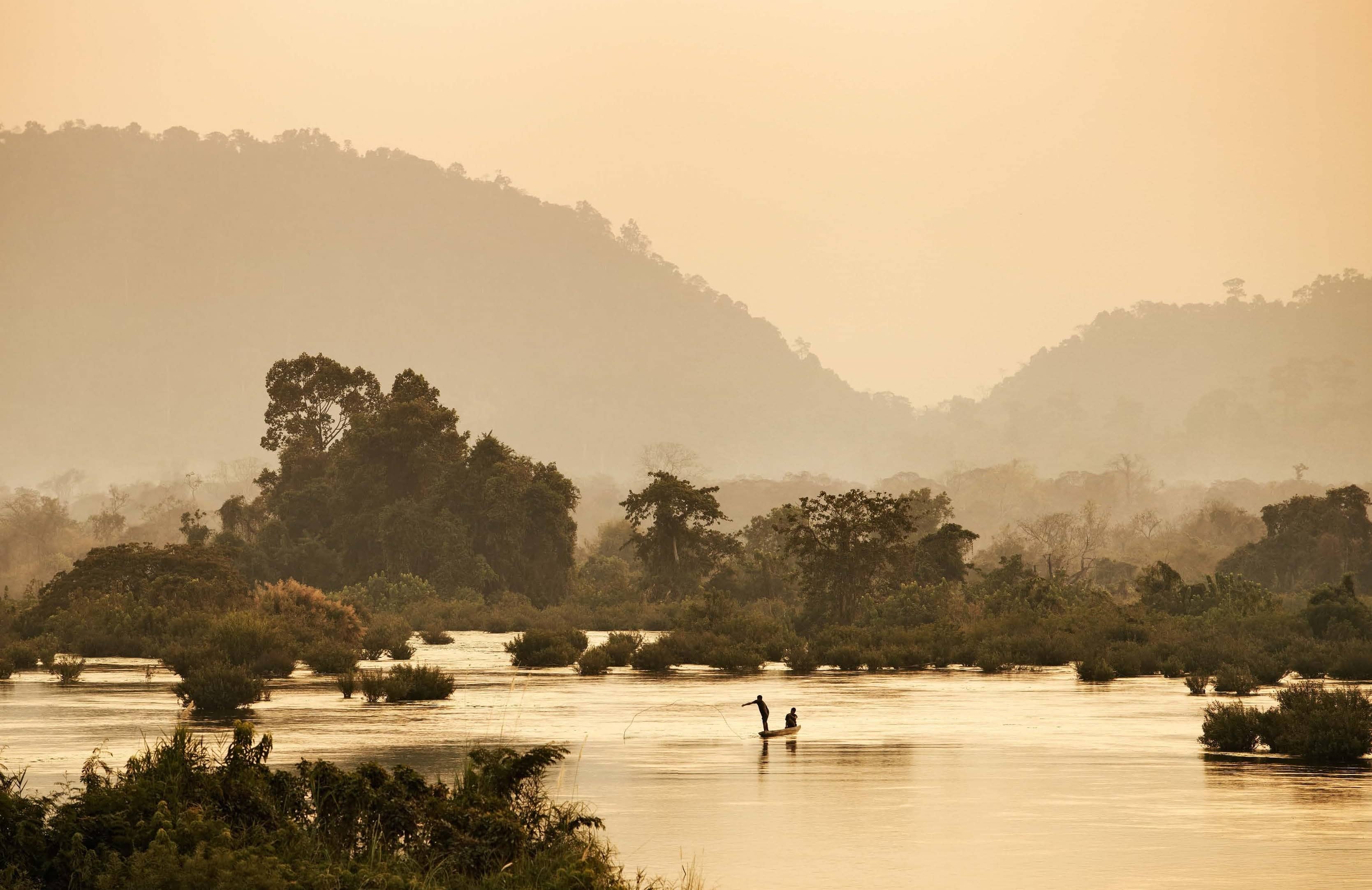 It felt like the dreamy old days, gripping a battered copy of Southeast Asia on a Shoestring as the train moved out of Phnom Penh. I passed five lovely, languorous hours in the open doorway at the end of the car, forearms in the sun, feet dangling above the tracks, studying the stubbly rice fields long past their green best, the slender sugar palms, the blue and pink lotuses blossoming out of the mud.

Although Cambodia’s Royal Railway reinstated this route only a few years ago, today there’s absolutely nothing modern about it. When the train arrived at the sleepy town of Doun Kaev, I alighted to buy sliced green mango and sticky rice packed in palm leaves; after the whistle had blown and the brakes were released, I pulled myself back onto the moving train. It traveled so slowly that we sometimes stopped and rolled backward for no apparent reason.

At my destination, the southern city of Kampot, I found myself standing in the hot sunshine, almost alone. There was a muddled sign listing station in scattershot fashion, a smiling young ticket seller at a cubbyhole of a window and a few travelers moseying around as if they had nowhere to go next. Tuk-tuk drivers asked if I needed a ride; when I declined, they pressed their palms together and bowed in the traditional Sampeah greeting. 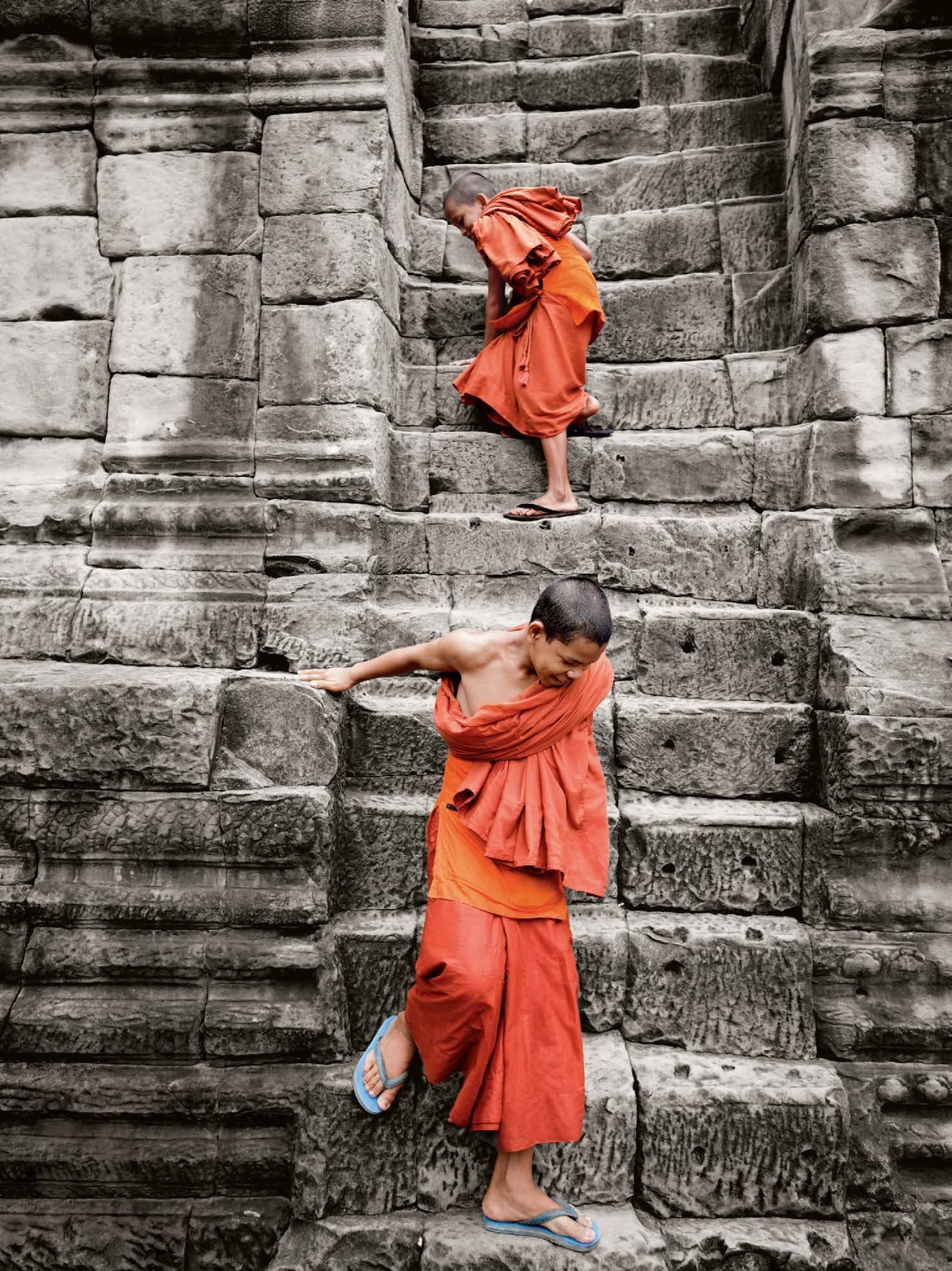 I first came here 20 years ago. This time, as I wandered the streets lined with Chinese shop-house architecture and faded French colonial villas, past nondescript bars and restaurants serving fried fish and curries by the river, I was struck to find that Kampot did not appear too different from how it was then. It’s a funny little place, almost 30km upstream from the sea, a small, once-important administrative center that lacks the hubris of a maritime port (although rumor has it that it’s been earmarked for foreign investment). Its limbo status has long been its allure, inducing those passing through to stick around—the place is a hub for opt-out expats, who, over the years, have opened go-slow cafés, art galleries, and secondhand bookshops. It’s impossible not to love Kampot, while also being a little puzzled by it. 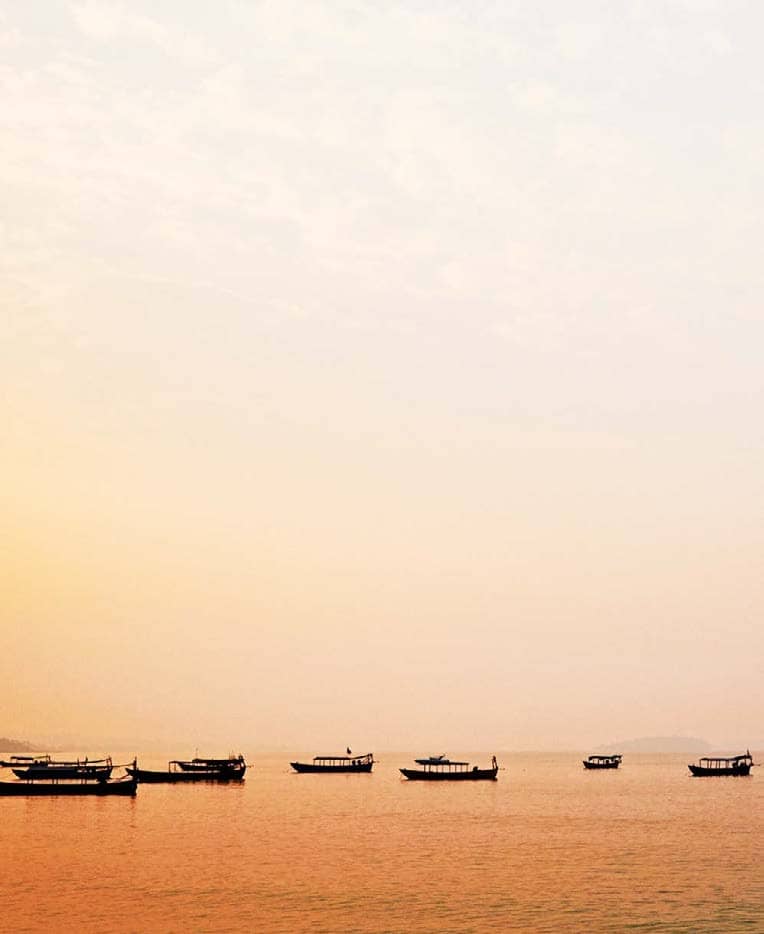 Most travelers don’t get this far, though. If they visit Cambodia, they jet in and out of the UNESCO World Heritage sites at Angkor, at most going down to the bustling riverside capital of Phnom Penh to visit Tuol Sleng Genocide Museum and the Killing Fields, monuments to the genocide that the Khmer Rouge inflicted on the country more than 40 years ago, when a fifth of the population was killed by the regime in its efforts to establish an agrarian, classless state.

But a number of upscale hotels have been opening along the coastal belt, drawing visitors away from the regular circuit, in places such as Kep, an hour’s drive from Kampot, toward Chhak Kep Bay. I’ve always loved this backwater spot, less a town than a collection of crab shacks, market stalls, and tethered fishing boats. Called Kep-Sur-Mer by the French at the time of Indochina, the 60-odd years of colonial rule that lasted until 1954, this was once a weekend destination for civil servants, royalty and the wealthy Khmer elite. Their holiday homes are still here, shaped by an architectural style known as New Khmer—a mélange of tropical postmodernism, Art Deco, Bauhaus, and Le Corbusier, designed mostly by protégés of the visionary architect Vann Molyvann, who died in 2017. Today they are abandoned, overgrown by creepers and tagged with graffiti, and pockmarked by bullets from the 1970s when Pol Pot’s regime was in full force. 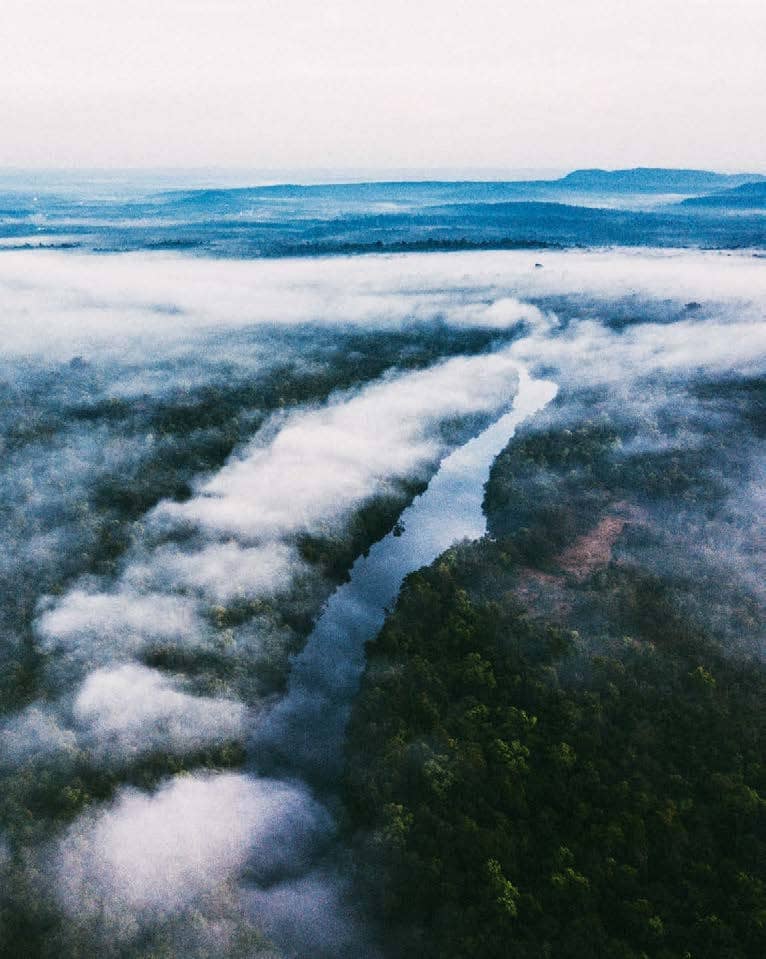