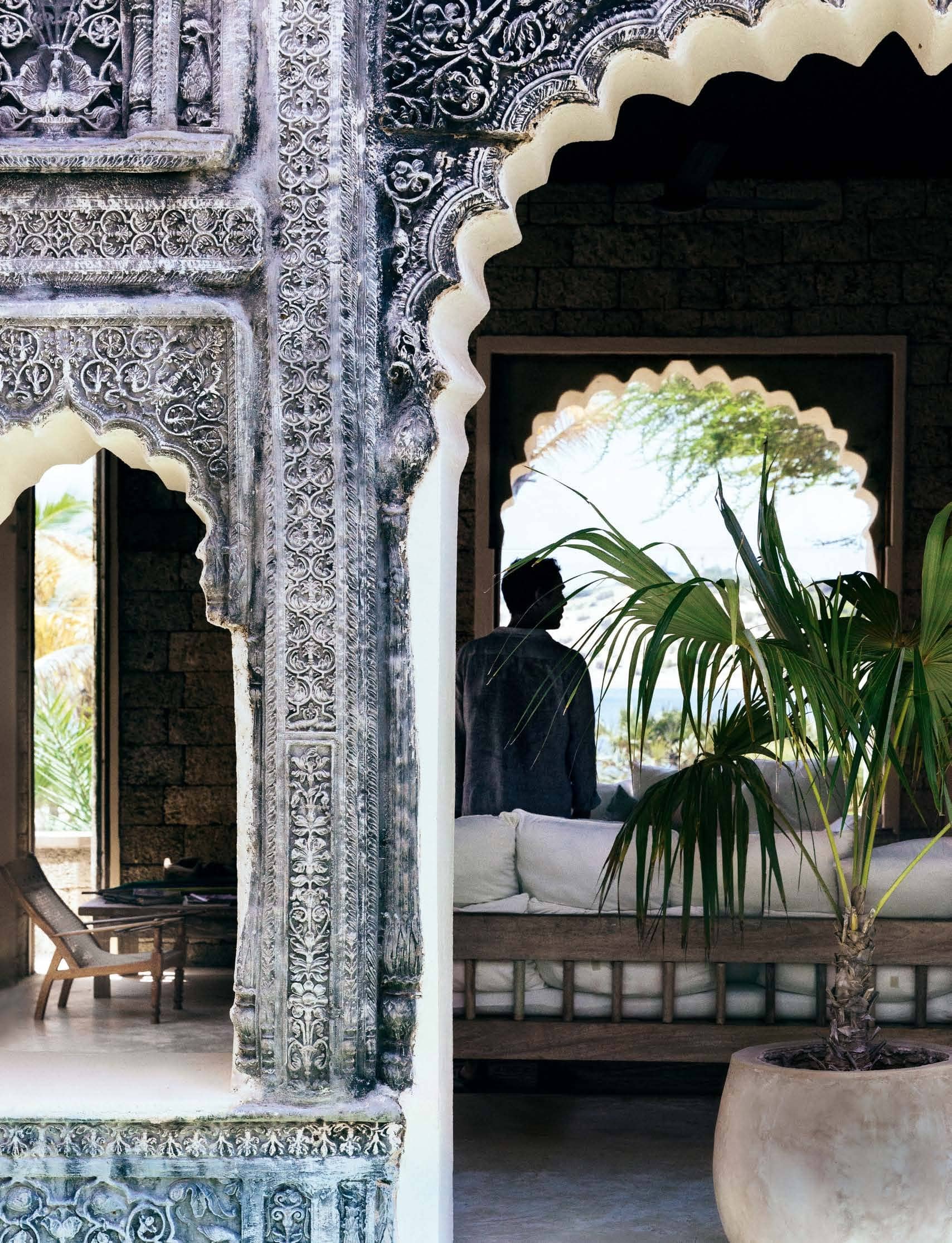 A hit with wastrels, writers and royals, Kenya’s Lamu is one of the most storied corners on Earth. It has been lying low for a while— now we revisit its classics.

I met a blind man in Matondoni who had worked on the most majestic dhow on the Swahili coast of East Africa 50 years ago. Long before the Tusitiri (enasoit.com; US$4,140 or 2,86,420 for the boat) was refitted as an elegant place to stay, she was a workhorse plying the trade routes between Arabia and Mombasa, carrying spices, coffee, skins, ivory and mangrove poles.

Sitting beneath a tamarind tree in his home village on the Kenyan island of Lamu, quietly weaving rope for donkey harnesses, Bwana Mzee could still recall his three-month-long journeys on the stately dhow, sailing north to Oman and Yemen on the Kaskazi and in the opposite direction on the Kusi trade winds. 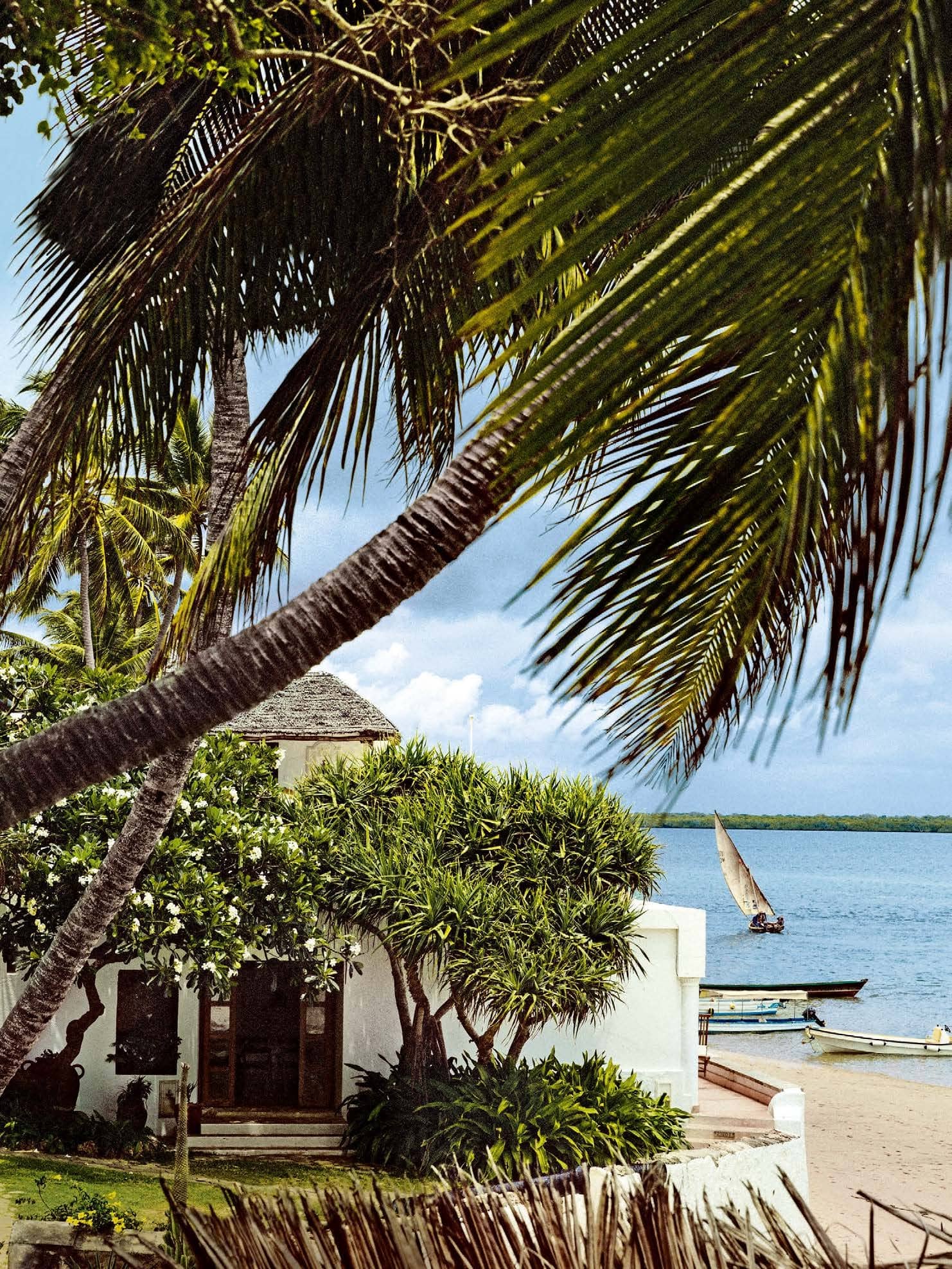 In the late 1980s, a Norwegian family, the Astrups, found the Tusitiri’s abandoned skeleton on a beach and decided to rebuild the vessel, calling on Bwana Mzee to help put her back together again. After that, he sailed on the dhow for 22 more years, voyaging as far south as the Quirimbas archipelago in Mozambique, where he lost his heart and fathered a daughter, Asha.

The word safari is Swahili for ‘journey’, and it is still used in its purest form along this coast. Today the boat can be chartered from the Astrups to sail up to Kiwayu, an isolated, mesmerisingly beautiful islet on the Somali border, but it is more commonly found plying the waters of the Lamu archipelago, which is a timeless world of reflected sea and sky.

The islands’ mix of Arab architecture, Chinese and Indian culture and superb artistry (silversmiths and wood carvers proliferate here) has proved dreamy to travellers since hippies hailed Lamu as Africa’s Kathmandu in the 1960s. And they still attract curious travellers and soothsayers rather than flag-following sightseers, their remoteness a draw rather than a hindrance. The three largest are the sandy isthmus of Lamu itself, the coralline island of Manda and the biggest, but least-known, mysterious Pate, which is only accessible at high tide. Resolutely traditional and almost entirely Muslim, there’s nowhere more authentically Swahili along this stretch of Indian Ocean shoreline. 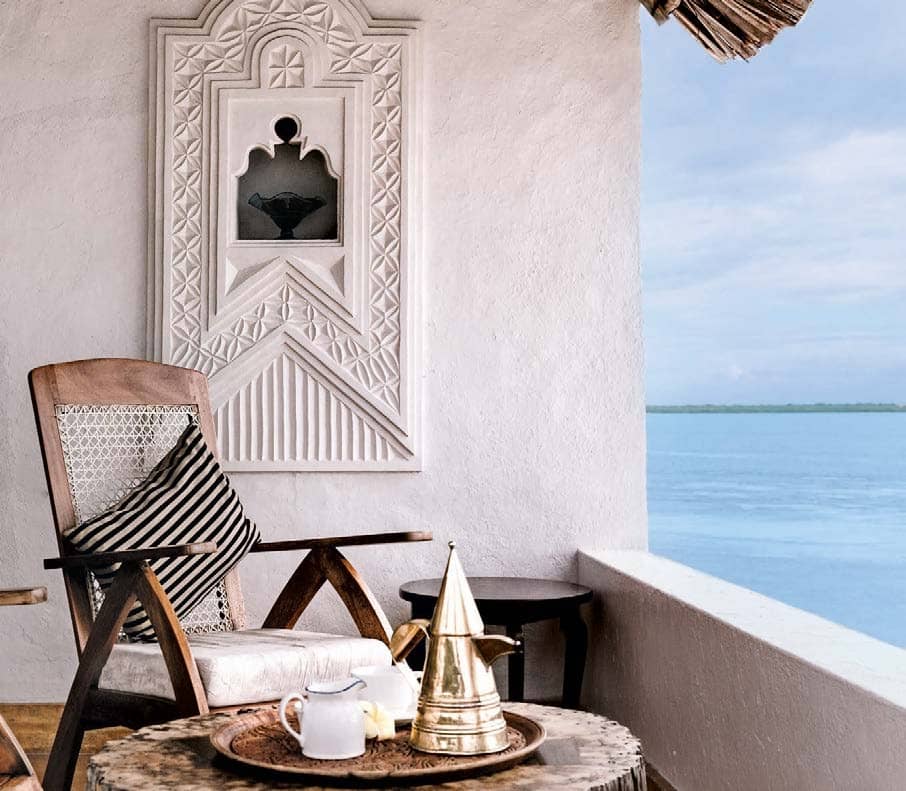 A vessel such as the Tusitiri is a languorous base for exploring Lamu’s bustling villages and emptier margins, if even just for a night or two. Measuring 65ft from almond-shaped bow to stern, with a deck polished to a rich brown patina, she moves with surprising grace and speed; it takes seven sailors to raise anchor and hoist her imposing sails. I joined the dhow from the village of Shela, one of just four settlements on Lamu and a honeypot for royalty, artists, rock stars and actors. We sailed past Lamu Town, the oldest and best-preserved Swahili settlement in East Africa, and on to Matondoni, where the Tusitiri was built and Bwana Mzee lives quietly in the simple coralbrick house he was born in. From there we continued our circumnavigation of the island to anchor at remote Kipungani, a tiny cluster of thatched houses fronted by a deserted, dune-backed beach, where we slept soundly on deck beneath the sparkling equatorial skies.

One afternoon, I took a tender from the dhow to explore the ruins of Takwa, a once-thriving trading town on the island of Manda, abandoned in the 17th century. For half an hour, we motored slowly up a narrow, shallow creek lined with mangrove forests rich in spiny lobster and shrimp, and when the clear water became too shallow to navigate, we walked, coming eventually to a clearing. The remains of a grand mosque dominate the site; its outer walls etched with fine-line graffiti images of sailing dhows and Arabian daggers. Baobab trees stand sentry over a sacred tomb distinguished by a single soaring column. It is said that Takwa was forsaken when its wells ran dry (even today the island is devoid of fresh water) and its occupants made their way to Lamu to settle in what is now Shela village.

‘Pole, pole’ (Slow down) is one of my favourite Swahili sayings and time certainly does have a more languid dimension here, where the medieval world and ancestral spirits prosper still. Twice a year, villagers visit the pillared tomb at Takwa to pray for rain, and four centuries after Shela was founded, it is still seen by some islanders as an uppity upstart and rival to Lamu Town, which lies two miles away.