Is Your Shyness Robbing Your Happiness? 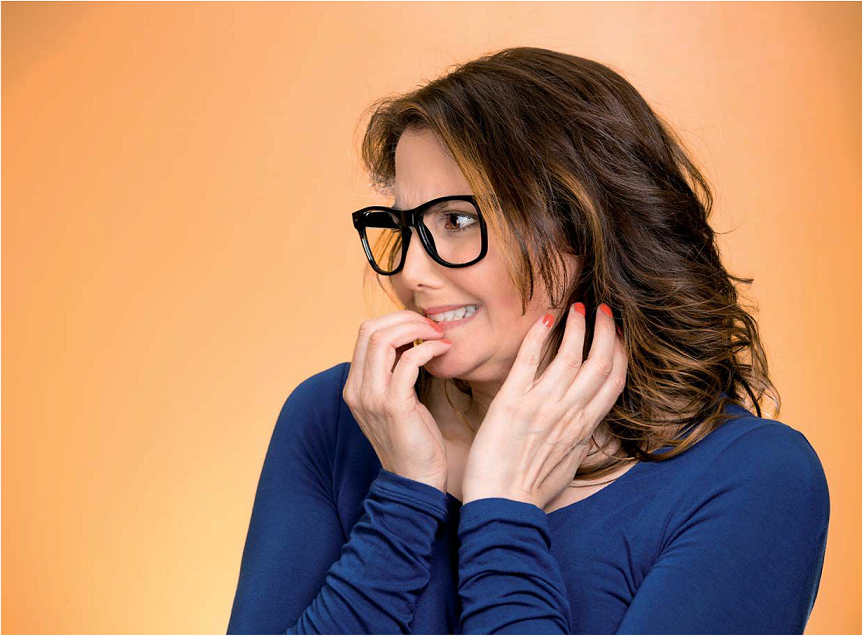 Leave behind your inhibitions and live with confidence.

Shyness is not just a harmless personality trait; it affects all aspects of life adversely. If you’re shy, you miss many opportunities to find happiness and success, all because you are unable to interact with people easily. Your awkwardness with others, especially those with who you are unfamiliar, costs you greatly. But you no longer need to suffer silently because it is possible to overcome your shyness and reclaim the joy and fulfilment you deserve.

Several years ago, I was heading home from work—a 30-mile commute by train. On the same platform, probably waiting for the same train, were a young woman and her sick son. The boy was maybe three years old, about the same age as my own sons then. His bald head and frightfully thin frame suggested that he likely had cancer. Even the effort of raising a bole of water to his lips caused his hand to tremble. He paused drinking to vomit into a plastic bag. This young child was suffering like I have never suffered in my life. His mother was caring, but firm. She held his head firmly when he vomited to avoid a resulting mess.

My heart sank. I felt bad for them—mother and child both suffering so greatly there on that platform. I wanted so much to talk to the mother, to offer her an encouraging word or a friendly chat to distract her temporarily. I wanted to tell the boy that I had two sons his age and that I thought they could become good friends but… I didn’t. My own shyness prevented me from li ing another’s spirits. I was unable to approach people I didn’t know; I was unable to embrace the vulnerability required to reach out.

I actively talked myself out of trying to offer what I could to them: If you walked up to them, what would you say? That you are sorry for them? Words are cheap. And what have you to offer? Money? You are not rich. Time? You are a nine to five slave. Encouragement? Can you cure the boy?

I didn’t speak to them that day; didn’t express my compassion for them. My shyness had stopped me from reaching out to a fellow human being.

Obstructing my happiness and success

Shyness is crippling for a human being, because we are social animals. The ability to interact with others [or the lack of it] affects every area of our lives. Take success for example. It is said that “your network is your net worth.” But if you are shy, it’s difficult for you to build a network of contacts in the first place. You may even be good at cultivating your relationships—I was decent in this respect— but you cannot grow your network. Your road to success is closed before you even take the first step.

Success is not so important, you may think. Our definition of success is skewed toward financial and tangible benefits, one-time achievements and rewards. Attaining one success milestone after another can nonetheless leave you miserable and frustrated. You need to enjoy the process of becoming successful and not just aim for the milestones.

However, happiness doesn’t come from financial status. The truth is, scientists only have a vague idea where it comes from, but they have found a single reliable predictor of happiness: relationships. The quality and, to some degree, the quantity of your relationships are the reasons for your happiness [or lack of it]. Thus, if you are a shy person, you are disadvantaged from the beginning. You cannot start relationships and you have trouble sustaining them.

With this discovery, the correlation between shyness and depression is more understandable. If you are unable to create relationships, you are doomed to living an unhappy life.

Shyness is a curse that looms over your whole life. It eats into your happiness, your success and everything in between. You need to defend yourself against it.

Rooted in fear The etymology of the word “shyness” is interesting because it suggests that its root is fear. The word “shy” originated from the Proto-Germanic skeukh(w)az, which means “afraid”. Many languages followed suit: the late Old English sceoh—”timid, easily startled,” the German scheuchen—”to scare away,” the Old French eschiver—”to shun,” and the Italian schivare—”to avoid.”

To overcome your shyness, you have to face your fears. But shyness and the fears that give rise to it vary from one person to another. For example, I’m not afraid of public speaking. I’ve spoken to groups of various sizes, ranging from a few to a few hundred people, and I was never as intimidated as when speaking to a single stranger. I avoided people I didn’t know. When I was forced to interact, for example, asking a shop clerk about something, it wasn’t so bad. But I wasn’t able to start a conversation with a stranger on my own, especially with a ractive women. I was paralysed by fear, I had butterflies in my stomach and I always talked myself out of starting a conversation.

I could give speeches all day long, but I don’t suppose it would have improved my one-on-one social skills significantly. Social anxiety, introversion and shyness can each display with different intensities and in varying forms.

You’ll need to understand and overcome your own combination.

1. Face your fears Have you ever tried to start a conversation while having a lump in your throat? I have. It’s harder than any physical work.

Of course, in the beginning, the fear is overwhelming; you are simply unable to act against it. Your own body betrays you—your knees go weak; your hands shake; your voice trembles; your stomach becomes uneasy; a lump forms in your throat; you flush and sweat. You may suffer some of those symptoms or all of them at once.

When I was writing From Shy to Hi, I recall reading those clinical definitions of shyness that described physical sensations. Those definitions incited the same sensations in me. If you are anything like me, even the thought of facing your fear might trigger the same reactions in your body. But, you have no other choice than to act in spite of your fear. There is simply no other alternative.

One of the pillars of my philosophy is a firm belief that inaction is the only foolproof method to fail. If I don’t do anything, I won’t accomplish anything. If I give up, the results will never come. How could they if there is no power to generate them in the first place?

My other core belief is that even the smallest action always brings results and even the smallest results are better than nothing. Thus, giving up is irrational. Yes, the effects I see may be disappointing, but if I give up and do nothing, there will be no results at all!

You Are Responsible For Whatever Is Happening In Your Life
Transformation Magazine
1 min read
Getting Boys To Open Up
Charlotte Parent
3 mins read
Wish You Were More Creative? Just Pretend!
Reader's Digest US
3 mins read
Do You Begin Every Sentence With No, But Or However?
SME Magazine Singapore
2 mins read
Teaching Leaders What To Stop
CULTURAMA
2 mins read
How To Show More Compassion
The Singapore Women's Weekly
1 min read
Problem Solving
Sporting Shooter
6 mins read
What The Bully Doesn't Realize
The Teenager Today
3 mins read
When To “Divorce” A Friend
The Singapore Women's Weekly
6 mins read
Is Your Personality Mentally Starched?
Woman's Era
7 mins read