The business of Bolesworth 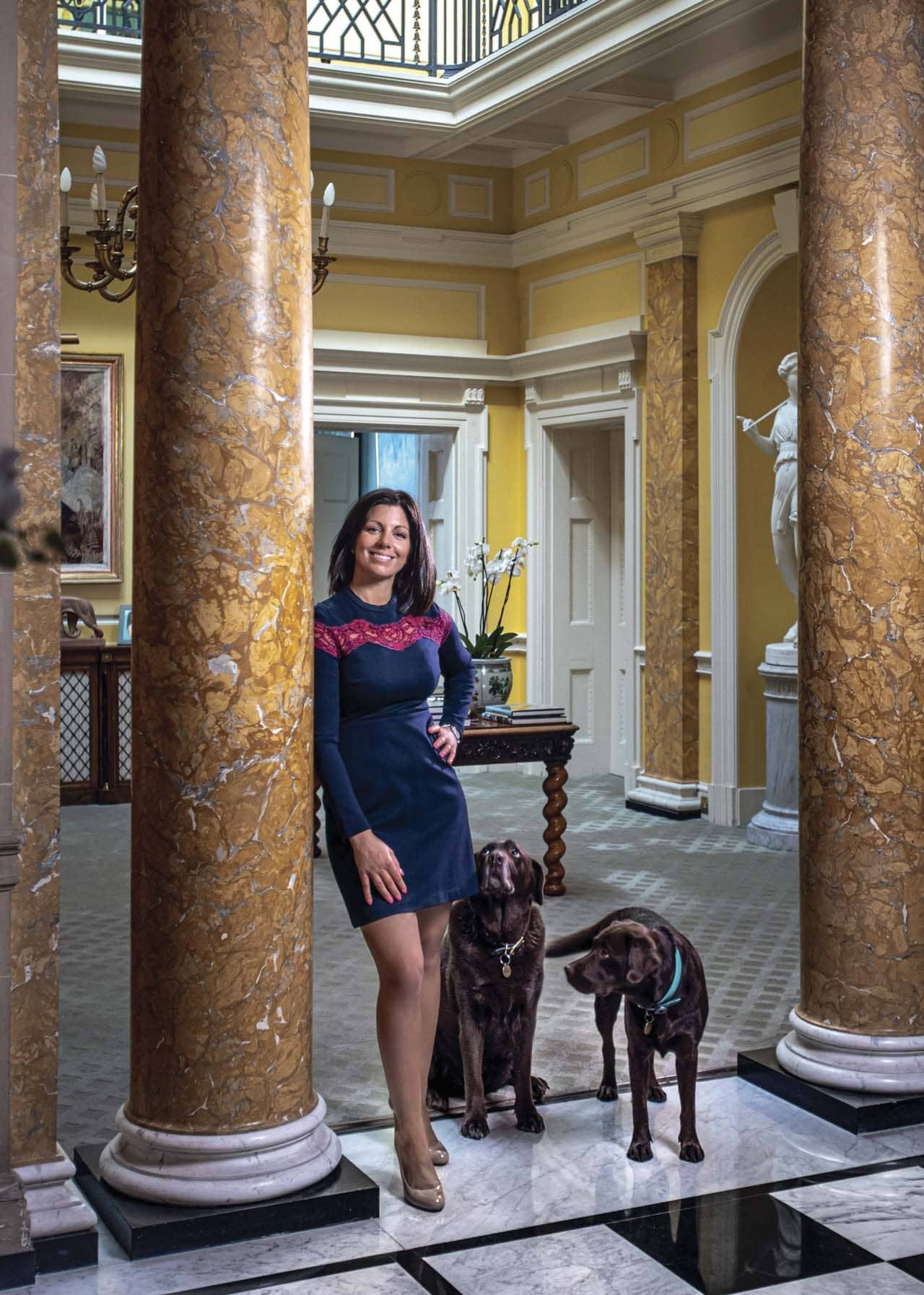 For Nina Barbour, an equestrian spectacular on New Year’s Eve will be the culmination of an exciting, but unforeseeably tough, year. Here she talks about the very modern challenge of keeping her 200-year-old family estate in business

For 2019, it is an anomaly of day. We’re in the dying weeks of autumn, just before winter’s true chill splinters the air, here to photograph and interview Nina Barbour, Managing Director of the Bolesworth Estate – a modern-day lady of the manor if you will. Falling leaves flutter against crisp blue skies. It wasn’t like this weeks ago when I first visited, her assistant Sarah showing me around the grounds, pointing out the spots that could make great backdrops (which, as you might guess, is much of it). That had been a wellies-on, umbrellas-up kind of day where the globulous, pounding rain had refused to pause even for a minute – the weather that has characterized much of this year; weather that has proved to be Bolesworth’s biggest foe.

‘It seemed to hit on every event we had which was really galling,’ says Nina, an accomplished horsewoman ‘at a high-ranking amateur level’, who at 39, has been at the helm of the events side of Bolesworth for the last 11 years and is now very much in the saddle when it comes to shaping the future of the business. Only this isn’t just business, this is her home too, her family history and future.

She moved into Bolesworth Castle – not technically a castle if we’re splitting hairs but most definitely a turreted country house – with her father Anthony, mother Diana and sister Cleo in 1987. The estate has been in the family since her great grandfather Robert bought it in 1856. Anthony Barbour, who died from pancreatic cancer in 2007, had been a visionary of an estate owner, creating a village of businesses across its thousands of acres and beyond. It is the ongoing challenge of any modern landowner; figuring out how to make it pay for itself. Opening it to the public, in one way or another, is often the answer. Nowadays the estate not only hosts its own international horse show every June but it also provides the staging ground for other events and festivals, most notably Chris Evan’s CarFest.

‘Sharing it with other people is such a great thing to be able to do – normally,’ Nina says. ‘But this summer has been really challenging because, with the wet weather, the big events have done such enormous damage to the ground. It’s not until you have a lot of people on site you realize what that level of damage is like,’ she says.