THE BOY WHO GREW AND GREW 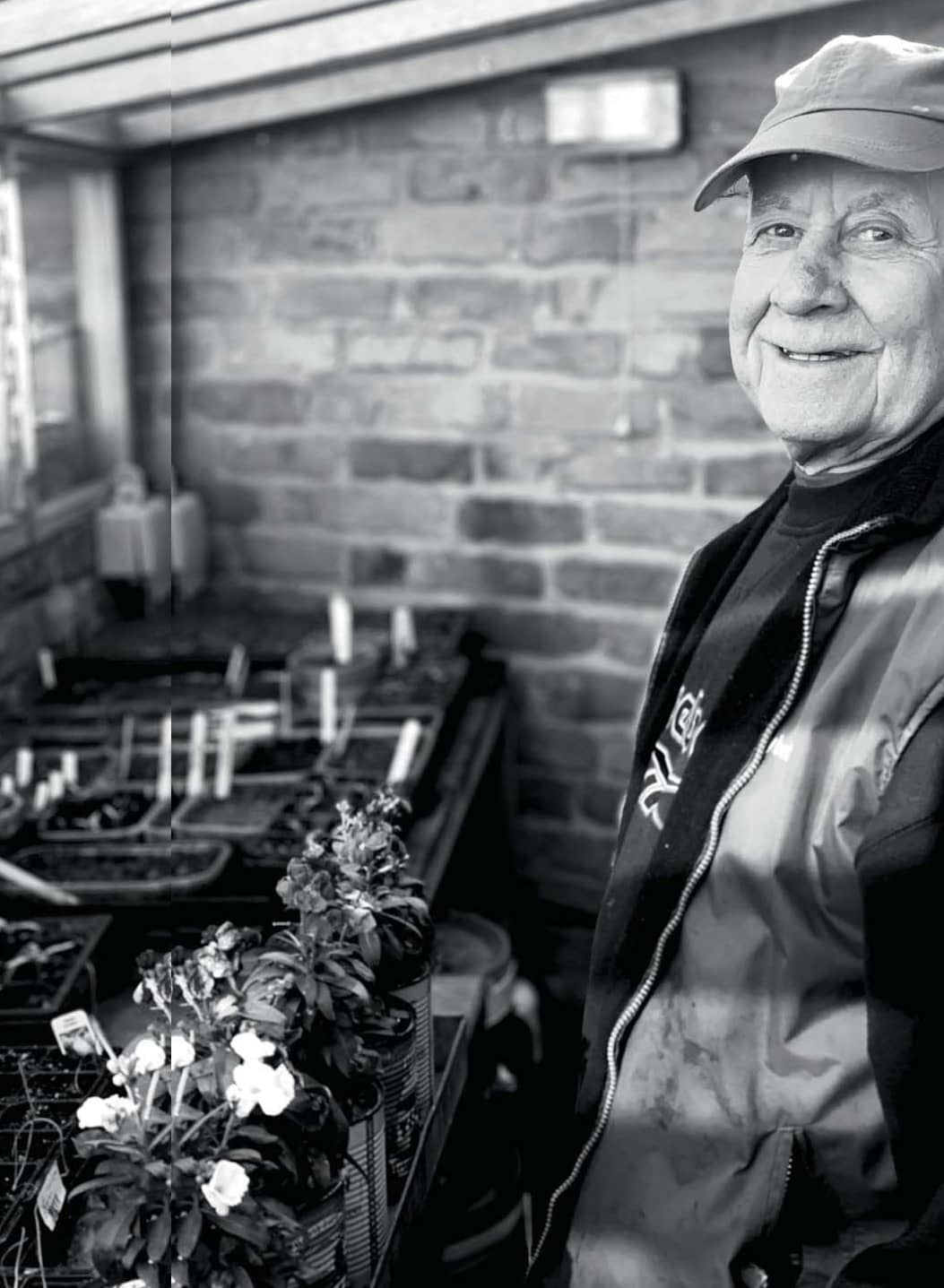 Robert Thompson learned to garden at his mother’s knee during the war years. Today, the 83-year-old is still producing good things to eat and pretty things to see

Born in 1937, when civilians were being encouraged to turn over their gardens to reduce Britain’s reliance on imported food, Robert Thompson was one of five little mouths to feed. Growing up in Nottingham, he lost his father during the war, and his mother Olive took to growing potatoes, onions, carrots, marrows and salad in the back garden of their vicarage home to feed the family, after marrying her second husband who was a vicar.

“We all got involved by watering and picking off caterpillars,” Robert says. Later, the now confirmed gardening enthusiast started perfecting his art, but it was more than half a century later that his hobby became a late-flowering career. “I’ve always been interested in gardening,” says Robert, who now lives minutes away from Altrincham Market. “But it took a back seat when I started my own business as a kitchen designer, and it never really took off again until my daughter Jen asked if I would be interested in helping out in the garden at Atlas Bar in Manchester, which she then ran. It was very different, planting everything in pots, but I loved it.”

When Jen and her partner Nick Johnson took over Altrincham Market in 2013, they asked Robert for a helping hand. The plan was to grow vegetables that could be used in Market House, a now multi-award-winning indoor food hall filled with six eclectic kitchens, a coffee shop, chocolatier, a wine shop, and a bar. “I set about filling those deep, recycled silver tubs with potato plants, tomato plants, carrots, beetroot, cabbages and herbs,” Robert says. “For the first time I had to think about what other people would like, so I tried to choose varieties that were not only tasty but interesting to look at, too.”