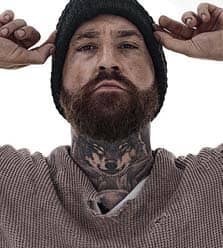 Tis the season of goodwill so let us celebrate those people whose courage, caring and commitment to incredible causes have inspired us this year

Founder of The Skullfades Foundation

For Ged King, 33, from Sale, running a successful barbershop wasn’t enough. Moved by the increasing number of homeless people locally – and determined to give people a chance to improve their lives – he began to offer free haircuts to the homeless and unemployed. ‘The first guy who came through the door had been living in a tent for two years,’ he says. ‘He looked really unsure. But once he sat down, we talked, laughed and the guy enjoyed his first positive interaction in ages.’ Ged doesn’t judge. He knows what it is to have a turbulent start in life and to overcome your demons. Perhaps that is what draws people to him. Such was the demand for his services he set up Skullfades Foundation, which helps people out with food and clothing, addiction support as well as haircuts. He has even started training barbers - he has a second shop in Stretford run by people who are ex-forces, ex-prisoners or homeless; those who have overcome their own challenges using newfound skills. He’s also visited refugee camps in Calais offering haircuts to people living in the most unthinkable circumstances. For Ged, it’s about giving someone their dignity back: ‘People come in with their head down, and during the haircut, I lift their chin. Halfway through, you see a change as you reconnect with the person. It’s wonderful.’ skullfadesfoundation.co.uk

Founded 10000donors.com to encourage sign-up to a stem cell register

Two years ago Peter McCleave had just completed a triathlon when he was hit with pneumonia and rushed to hospital. Although he swiftly recovered, tests found a shadow on his lung and he was diagnosed with myeloma cancer – this currently does not have a cure. ‘I had symptoms like night sweats, aches and pains, but never imagined they were cancer symptoms,’ says Peter, husband to Jenny, 41, and father to Max, nine, and Seb, six. In June 2018, Peter had an autologous stem cell transplant, where he used his own cells to temporarily delay the cancer. But after 18 months in remission Peter now needs a stem cell donor. With no match available, he has set up a blog and a global campaign to get everyone on the stem cell register. Twelve months later, in September 2019, 32,000 extra people signed the register and within that; seven confirmed matches. ‘Seven lives have already been saved,’ Peter says. ‘That makes me feel so good.’ But Peter’s fight isn’t over. He still needs a donor and he wants to reach 100,000 people. He’s even teamed up with a local musician to record a song and, with friends of Simon Cowell promising to help with distribution, he hopes to reach Christmas No1. Peter adds: ‘Sometimes I’m so busy with the campaign I forget about my own journey and then it suddenly hits me and I cry, but I write a lot of my emotions into words, it’s very cathartic.’ petermccleave.co.uk 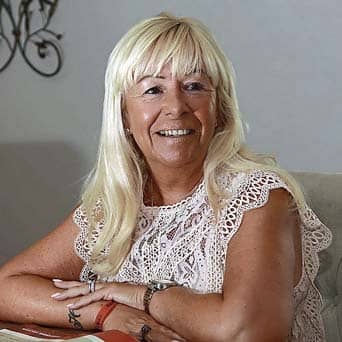 In 2011, Deborah Dixon lost her son Aaron, then 23, to an undetected heart condition. Since then, the mother and grandmother, from Clotton near Tarporley, has raised more than £250,000 for charity CRY (Cardiac Risk in the Young) to provide cardiac screening for young people and ‘hopefully prevent anyone else going through what we have’. This year she won Pride of Britain’s North West Fundraiser of the Year, presented to her by Northwich’s Charlotte Carney whose own potentially fatal heart condition was discovered when she attended Deborah’s sessions. Within five months she’d undergone a transplant that would save her life. ‘I’m glad something good has come out of something so awful,’ says Deborah. ‘But most of all it is my way of keeping Aaron’s name alive.’ c-r-y.org.uk 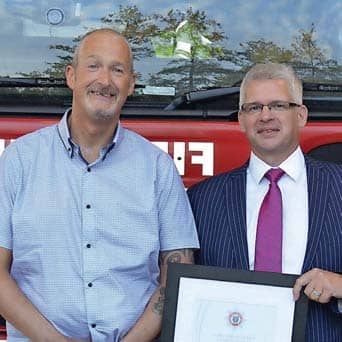 What risks would you take for the small chance of saving someone’s life? That’s what Dr Mark Forrest had to weigh up on the side of the road when he was dispatched to a motorcycle accident. Just as he was about to be loaded into the air ambulance, motorcyclist John O’Brien went into cardiac arrest. Dr Forrest knew the only chance of saving John was to perform a special heart surgery – known as the ‘clam shell’ procedure there and then – but that such a procedure had only a 1% survival rate. Even for someone of Dr Forrest’s experience, it was a huge gamble. He cut open John’s chest, completely exposing his heart and lungs, to allow treatment of his internal bleeding, lung injuries and to massage his heart back to life. Miraculously, the risky procedure worked. John, 47, was flown by air ambulance to the Major Trauma Centre at Aintree in Liverpool and survived. Seven months later, he walked his daughter down the aisle. 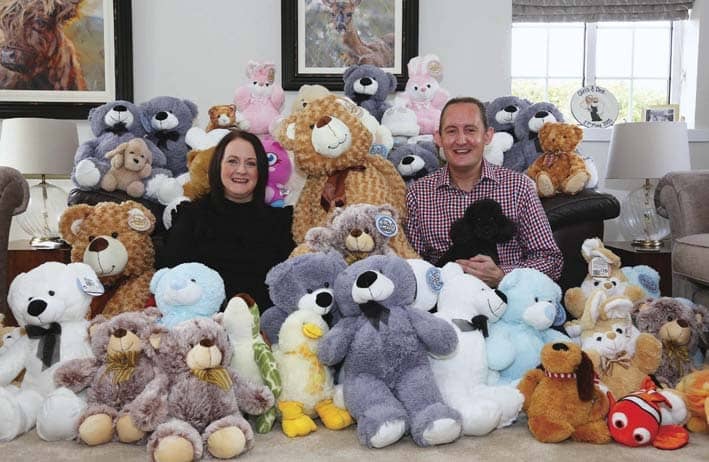 How many Christmas presents will you buy this year? For Chris and Dee Drake from Knutsford, the figure will be around 40,000. The couple run a charity called The Toy Appeal, providing presents for 5,000 disadvantaged and vulnerable children across the north west. They began volunteering for the appeal in 2012 - that first year filling around 250 bags. The next year they took it over and since then have grown it exponentially, working year round raising funds, collecting donations and actually buying the presents themselves. ‘We start on Boxing Day because even though we’ve only had Christmas Day off the sales are the best chance to buy lots,’ explains Dee. The couple, both freelance IT consultants,know the names, ages and particular needs of each child and the bags of eight presents are personalised especially for them. It’s an incredible feat of commitment and organisation with around 200 volunteers helping to pack and deliver the bags. ‘I think if I’d known how big it would become, I might never have started,’ laughs Dee. ‘Each year I think it can’t get any bigger but there’s always another child in need and you can’t say no.’ Dee says it’s good for her because she ‘gets easily bored’ but there is a deeper motivation at work. ‘Chris and I can’t have children and that certainly has something to do with it. This makes Christmas a bit more enjoyable, it feels like it’s what Christmas should be about.’ thetoyappeal.com

CEO of domestic violence charity, My CWA (Cheshire Without Abuse) 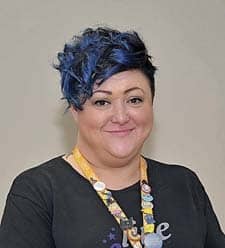 Twenty five years ago Saskia Lightburn-Ritchie began to volunteer at the refuge that a year earlier, had been her escape from a physically and emotionally abusive relationship. ‘It had been hugely transformational for me and my children, our lives changed massively for the better when we were rehoused,’ she explains. ‘I’d been helped by a series of really strong women there and I wanted to give back.’ That volunteering stint led to an incredible career with various domestic abuse charities. Tragically her personal motivations aren’t confined to the distant past. In 2017 her stepdaughter Jenna died by suicide. ‘She was in an abusive relationship and I think that contributed to her feeling there was no other way out than the most tragic way possible,’ says Saskia. And so her passion for every woman, man and child to Live Free (CWA’s tagline) from abuse continues. She is passionate about creating systems, services and programmes that respond directly to the needs of the men, women and children who seek help from the charity. ‘I can’t do anything to change my past. Although I might desperately wish it, I can’t change Jenna’s but we can look forward and make sure the things that are wrong don’t keep happening again and again.’ mycwa.org.uk 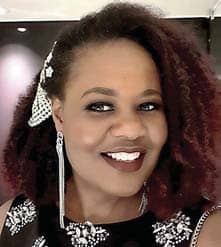