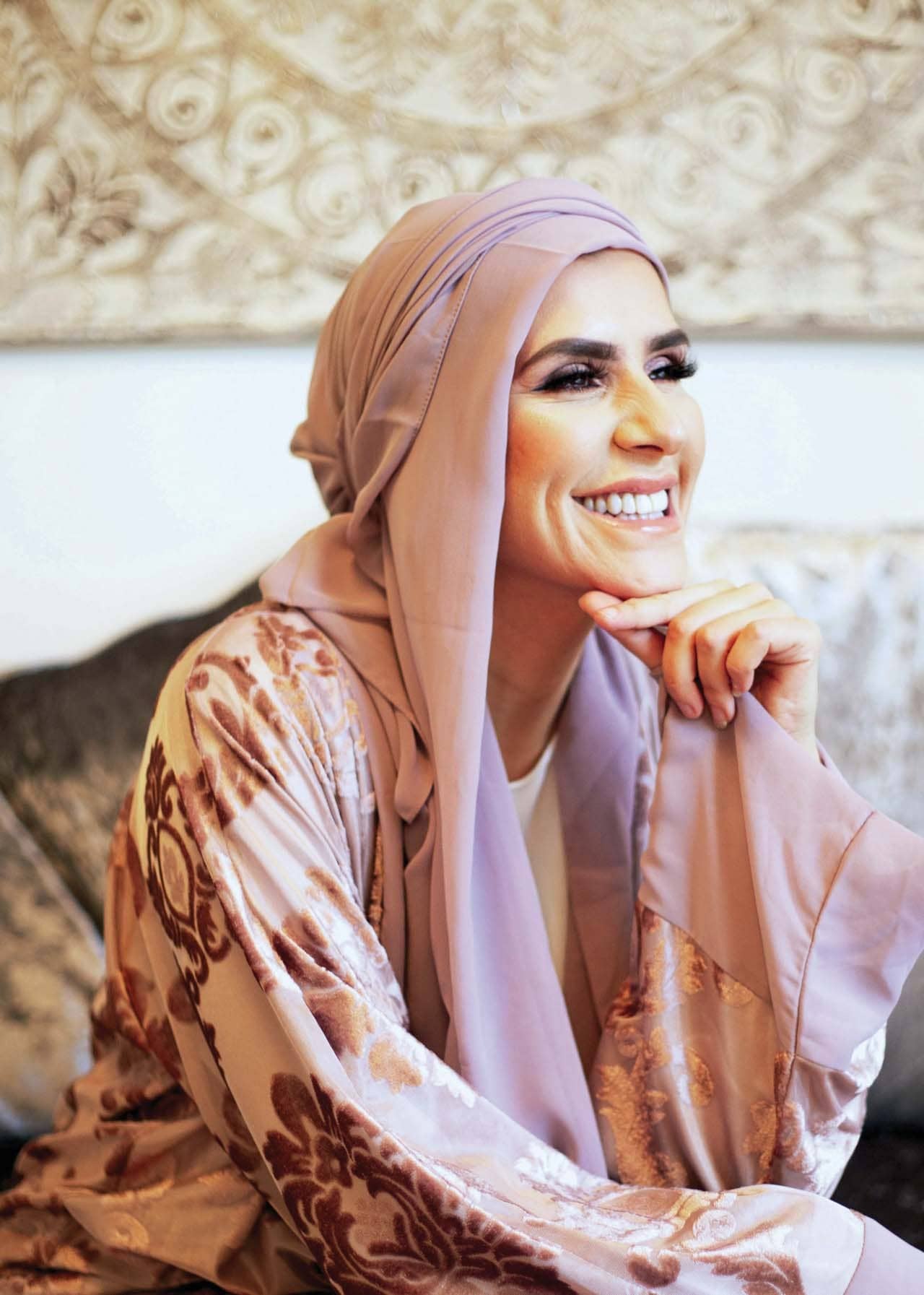 The term has been on the periphery of fashion conversations for the last few years. It describes a more conservative way of dressing; high necklines and low hemlines, billowing sleeves and flowing, layered fabrics. It’s known as Modest Fashion and now Nadine Naily, a 37-year-old entrepreneur, is bringing it to Cheshire with her new Altrincham boutique, Neish – the first of its kind in the county.

Nadine, who was raised in Altrincham by her British mother and Tunisian father, spent six years working in the music and fashion industries out in Dubai, the home of some of the world’s major modest fashion houses. She returned four years ago to join her daughter, Neisha, who’s now 16 and a Year 11 student at North Cestrian Grammar School, who had come back a year earlier to start her secondary education.

Now she has set up Neish, named after her daughter and a play on the concept of a niche offering, to offer the women of Cheshire a new way of dressing.

Sipping green tea from a decorative glass cup, on the sofa of her Lloyd Street boutique, the smell of spiced scented candles filling the room, Nadine is keen to put one myth to rest from the start.

Although Nadine has been driven by her own discovery of her Islamic faith, she denies this is just a fashion for Muslim women. ‘The clothes are not just for people of Muslim heritage – often people may think that in Cheshire,’ she says.

‘But the modest clothes give the foundation of respect and that’s the message I’m trying to deliver.’

Indeed amongst the head scarves and more Arab-influenced pieces that Nadine models with aplomb are simple, unstructured shirt dresses as well as maxi skirts and biker-style jackets. The clothes have universal appeal for women who want to look stylish and feel comfortable in their own skin – without showing off acres of flesh. Significantly they’re designed to appeal to women of all ages.