Teeth Marks On My Saddle 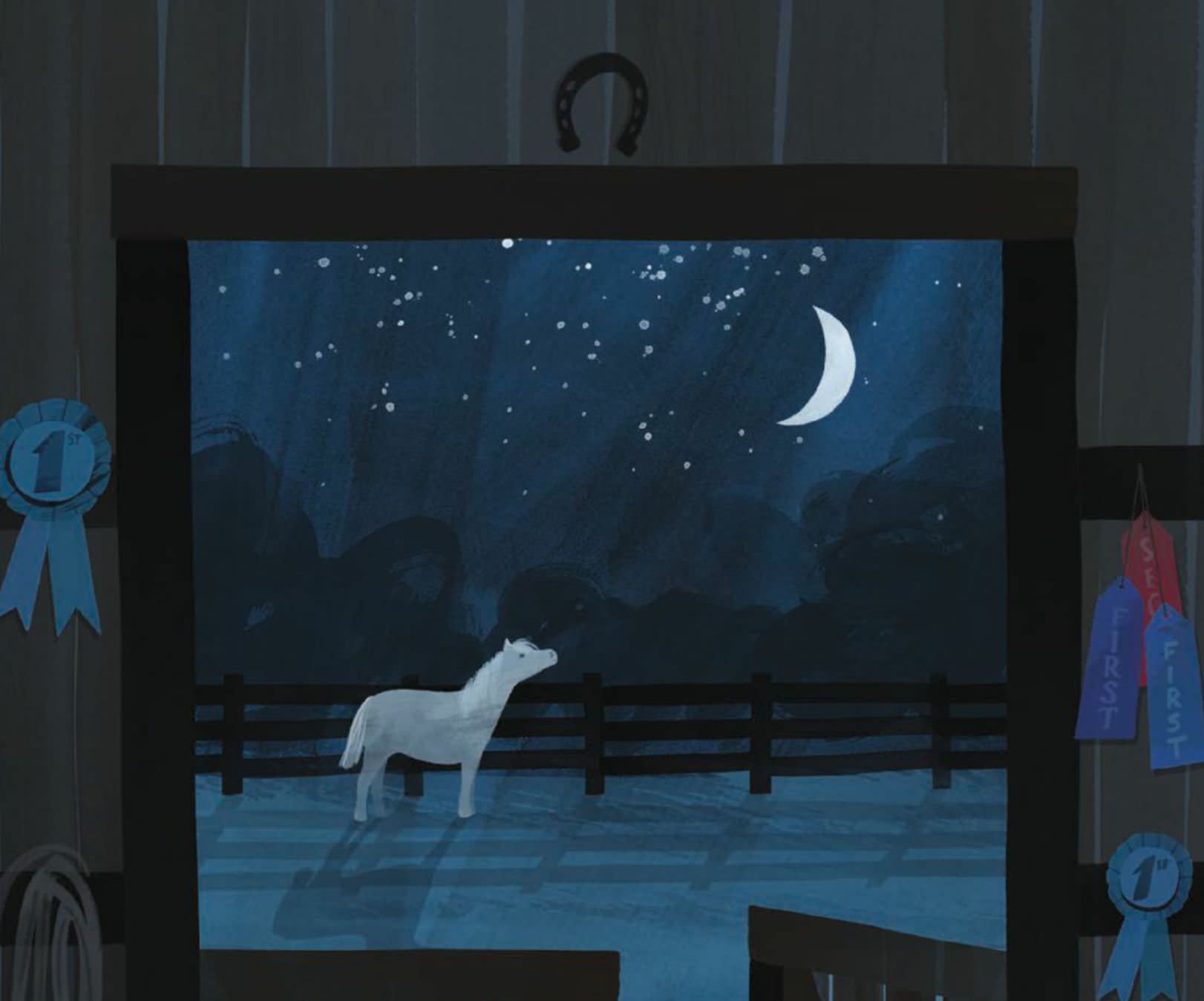 Saying goodbye to Peter the Pony

WHEN I WAS A YOUNG GIRL, a little white pony with a big belly, pointed ears, and a penchant for bucking showed up at the barn. I don’t remember exactly why he was sent to us, but I think his old kid got tired of his naughty behavior. The first time I rode him was in the backyard of my best friend Maddie’s house, in the neighborhood where I grew up in south Florida. I liked his pokey trot and the way his silver-white mane glistened in the hot sun.

I was lucky to grow up with horses—there was Redford, my first, who had a nasty habit of rearing, and then there was Valentine, a beautiful bay who liked to run away as I climbed into the saddle. But there was something about Peter, a somewhat scraggly pony, that made me feel at ease. By the time we took our first canter, I was in love. I had to have him for myself.

My sister, Brooke, set a small fence for us to trot over. She waited by the gate while I rounded the corner to clear all 18 inches of it. Before Peter had four feet on the ground, both of mine were dislodged from the stirrups and planted on the sand ring. That’s when we discovered Peter’s mischievous trick: the good old jump and buck.

There are worse trickeries than this in the long list of pony antics, so somehow Peter managed to claim his place at Southern Cross Stables—my sister’s 16-stall lesson barn, where I spent most afternoons as a child. He behaved badly—nipping all of the barn girls, halting in the ring, refusing to walk forward, and, even worse, kicking other ponies within a five-foot radius. He earned the nickname “Houdini,” due to his inexplicable habit of getting out of his stall. Once, his escape ended with several bites into my brand-new saddle that happened to be sitting in the barn’s aisle. The one thing he didn’t do? Run away. It required too much energy.

Much to my mom’s contempt, Peter (short for his show name, “Peter Rabbit”), became a permanent resident at the farm. He managed to quit some of his bad tricks, mostly the jump and buck, and we even took home some blue ribbons at horse shows amongst the fanciest ponies. There’s one horse show in particular I’ll never forget.