LIFE WITH NO SIGNAL 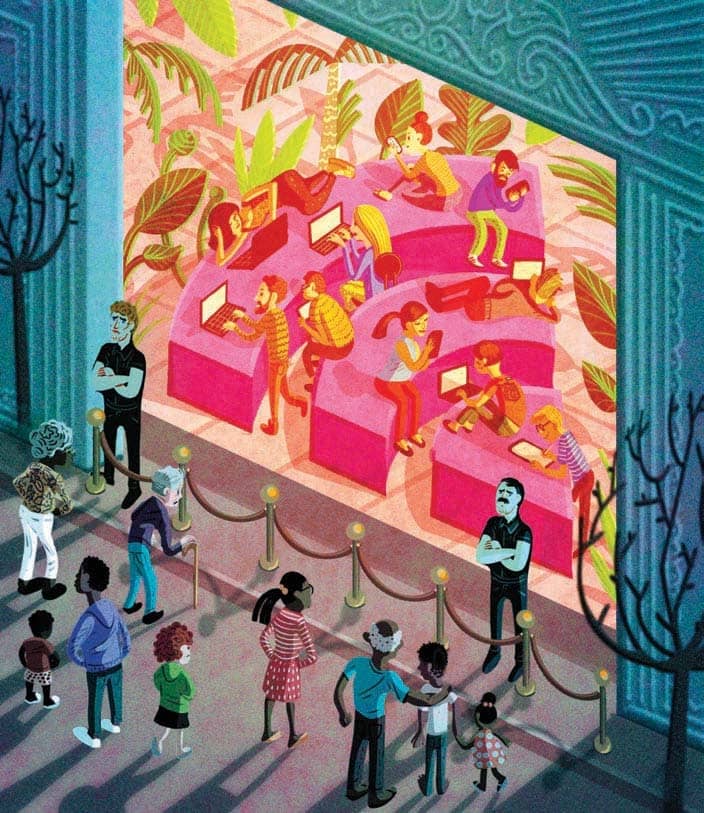 CHUCK McSHANE
BACK IN THE EARLY 1990s, J’Tanya Adams had worked plenty of jobs, often more than one at a time. Then a single mother in West Charlotte, Adams was looking for something more. “I was a grocery store clerk, worked in fast food, and then I was a cosmetologist after work,” Adams says. “Those lower-wage jobs, you kind of end up in the same place.”

That was before she entered a job training program and took a computer operations course at Central Piedmont Community College. “This was in the days of die-hard, mainframe computing,” she says, “but I loved being able to respond strategically to problems.” That one class led to a 21-year career at Hearst Corporation, where Adams rose to operations manager. More than that—it gave her access to the growing digital world and a stable career.

“Anything you desire to do today in life has a digital component,” says Adams, 56, a longtime West Side community leader who founded and works as a program director for Historic West End Partners, a business and community booster group. “Everything from applying to a job to homeownership.”

So much so, in fact, that people who can’t access the internet—because they can’t afford it, live too far from access to it, or both—have a difficult time navigating a society increasingly dependent on not just the web browser but the app. It’s come to be taken for granted: Surely internet access is a given, isn’t it?