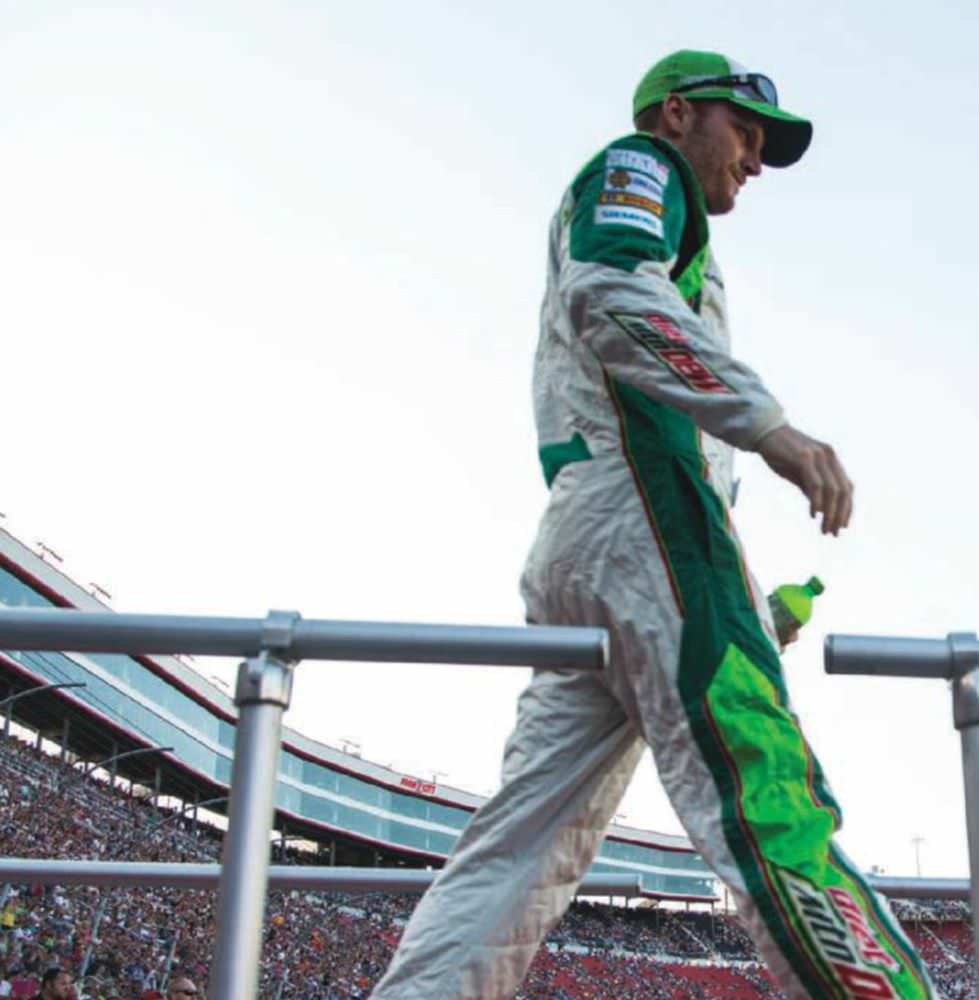 NASCAR’s most popular driver takes a final lap, prepares to be a dad, and reminds us why he’s an everyman

Dale Earnhardt Jr. would probably be the same down-to-earth guy who describes his loves in his Twitter bio as simple, everyman pleasures: “Friends, Music, Beer!”

But because he has that name, the one shared by his father who was so adored by NASCAR fans, he grew up in the shadow of fame. Because he so resembles Dale Earnhardt, who was beloved as “the Intimidator” for his aggressive, take-no-prisoners driving style, he had an instant fan base when he began driving, too.

And because he is Dale Earnhardt Jr., he not only retained that fan base through 26 Cup series career wins, but also earned more fans as he elegantly shouldered the grief of legions when his father was killed on the last lap of the Daytona 500 in 2001.