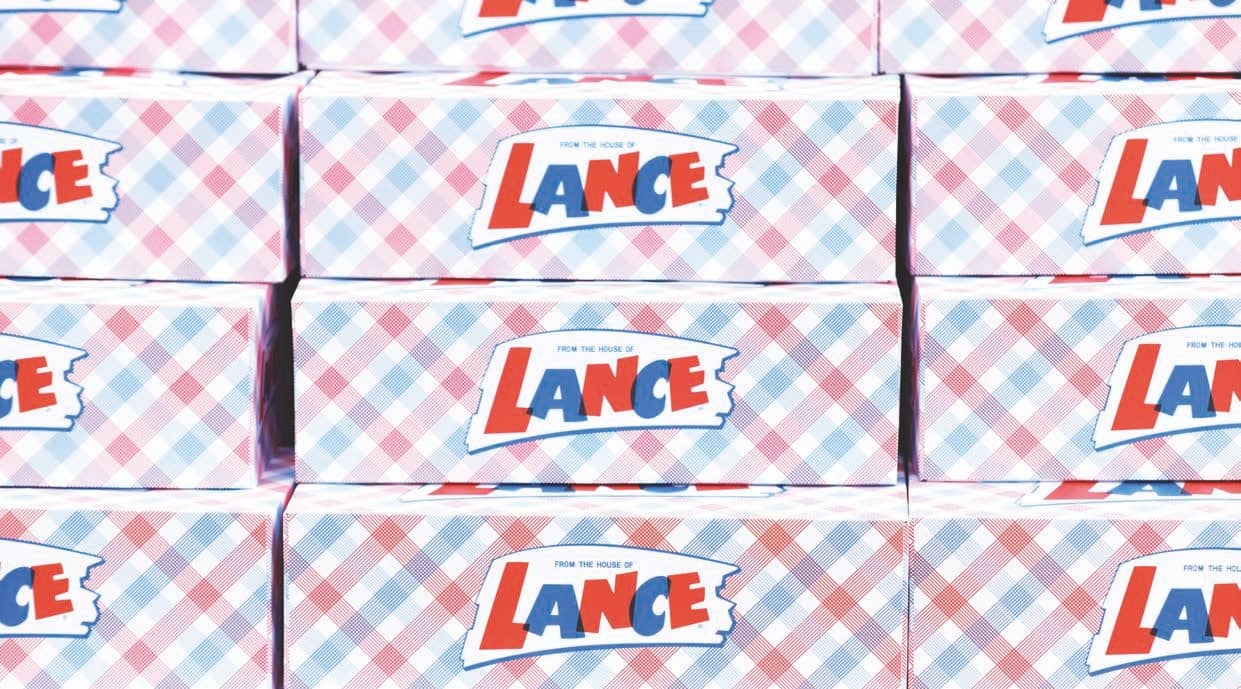 Lance stayed homegrown and humble over its first century. Can it still, now that the Campbell’s Soup folks own it??

SANDRA WALKER is the type of lifelong Charlottean who, when you ask if she’s from Charlotte, tells you, No, but thank you for asking. She’s from Indian Land, South Carolina, back “when it was all country.”

Today, at age 67, Walker lives in a much different Charlotte, one that encompasses Indian Land in its ravenous regional sprawl. Indian Land is home to Red Ventures, the Google-like technology company, and its expansive campus, with a basketball court, food trucks, and nearly 4,000 employees.

In Walker’s lifetime, Charlotte’s population has more than sextupled, having grown from a textile manufacturing hub of about 134,000 to a nouveau-Southern metropolis of nearly 873,000 residents, skyscrapers, and two professional sports teams with a third on the way. One thing that hasn’t changed for Walker—at least not in 47 years—is her employer. She’s worked at Lance, Inc., the nationally renowned cracker company, since 1973, when she was 20. She started as a “packer,” placing the company’s sandwich crackers into boxes, when Richard Nixon was president and John Belk was Charlotte’s mayor.

“I didn’t know a lot about Lance,” Walker says in a bustling coffeehouse in Steele Creek, not far from her home. “But then I started hearing things, like it was such a good company to work for and good people to work with.”

THE COMPANY’S TIES TO THE CITY are even older. Philip Lance established the first in 1913 when, after a mix-up with a customer, the food broker was stuck with 500 pounds of peanuts. To recoup his costs, Lance sold bags of peanuts for 5 cents each on the corner of Trade and Tryon, steps away from what is now Charlotte’s Epicentre.

The snacks were a hit. They continued to evolve thanks to the ingenuity of his daughter, Mary Arnold Lance Van Every, who had the idea to grind the peanuts into peanut butter and spread it between two saltines. It sounds obvious today, but those became the world’s first commercially sold peanut butter cracker sandwiches.

“Lance’s is one of the great success stories of Charlotte and the Carolinas,” Tom Hanchett, historian in residence at the Charlotte Mecklenburg Library’s Robinson-Spangler Carolina Room, told WTVI in a January documentary about the company.

By 1973, the year Walker started at Lance, the company had grown from just Lance and his son-in-law, Salem Van Every—who joined him in 1915, doubling the company workforce—to an $80 million company with 4,500 employees in 34 states.