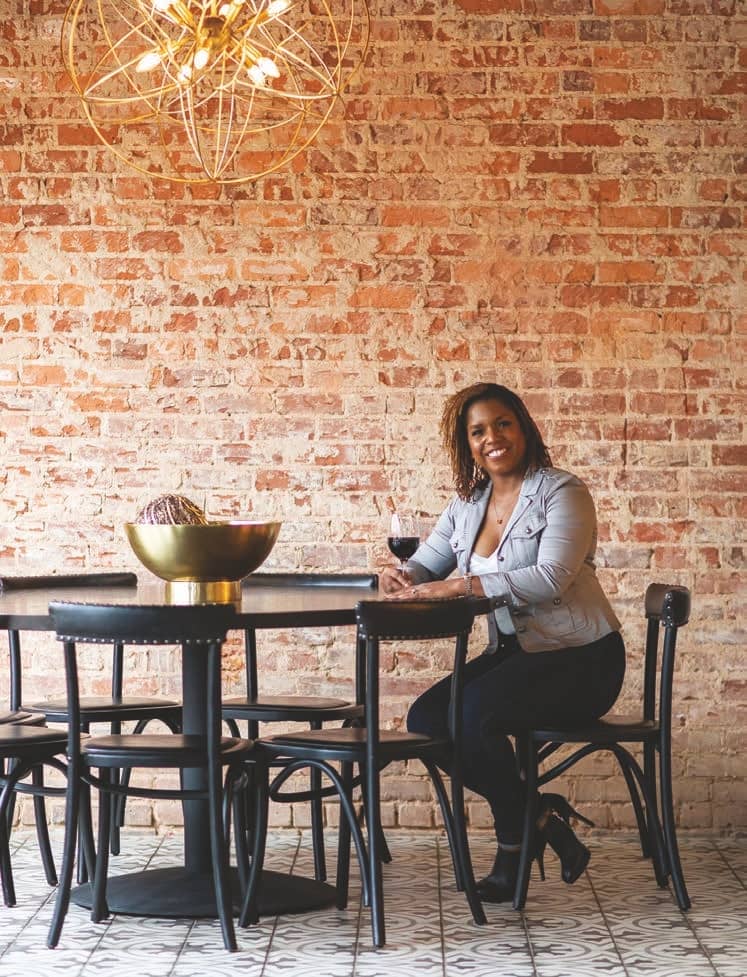 A BISTRO with black and gold lettering on its signs occupies a spot, on Depot Street in Davidson’s historic business district, that once held an organ shop. Since August, it’s been home to a business unique to this college town, owned and operated by someone you wouldn’t expect.

It’s Davidson Wine Co., the town’s first “urban winery”—owned, unusually for this field, by an African-American woman, Lindsey Williams. The 37-yearold Ohio native spent more than a decade as a corporate attorney for Wells Fargo before a trip to Europe changed her career. “I went to a wedding in Italy, where we got to tour Tuscany and visit the vineyards,” she says. “I really fell in love with the art of making wine.”

She’d lived in Davidson for eight years and hoped to open the town’s first vineyard, but she knew it would be an expensive gamble. So in 2019, she decided to open an urban winery, or “microwinery,” which makes wine but doesn’t grow grapes. Williams operates under a affiliate agreement with a California based company that imports grapes from around the world. Then she has the wine made off-site, about three miles away in Cornelius. Williams says she sees her winery as a kind of answer to people who assume North Carolina cities are just hotbeds for new craft breweries.