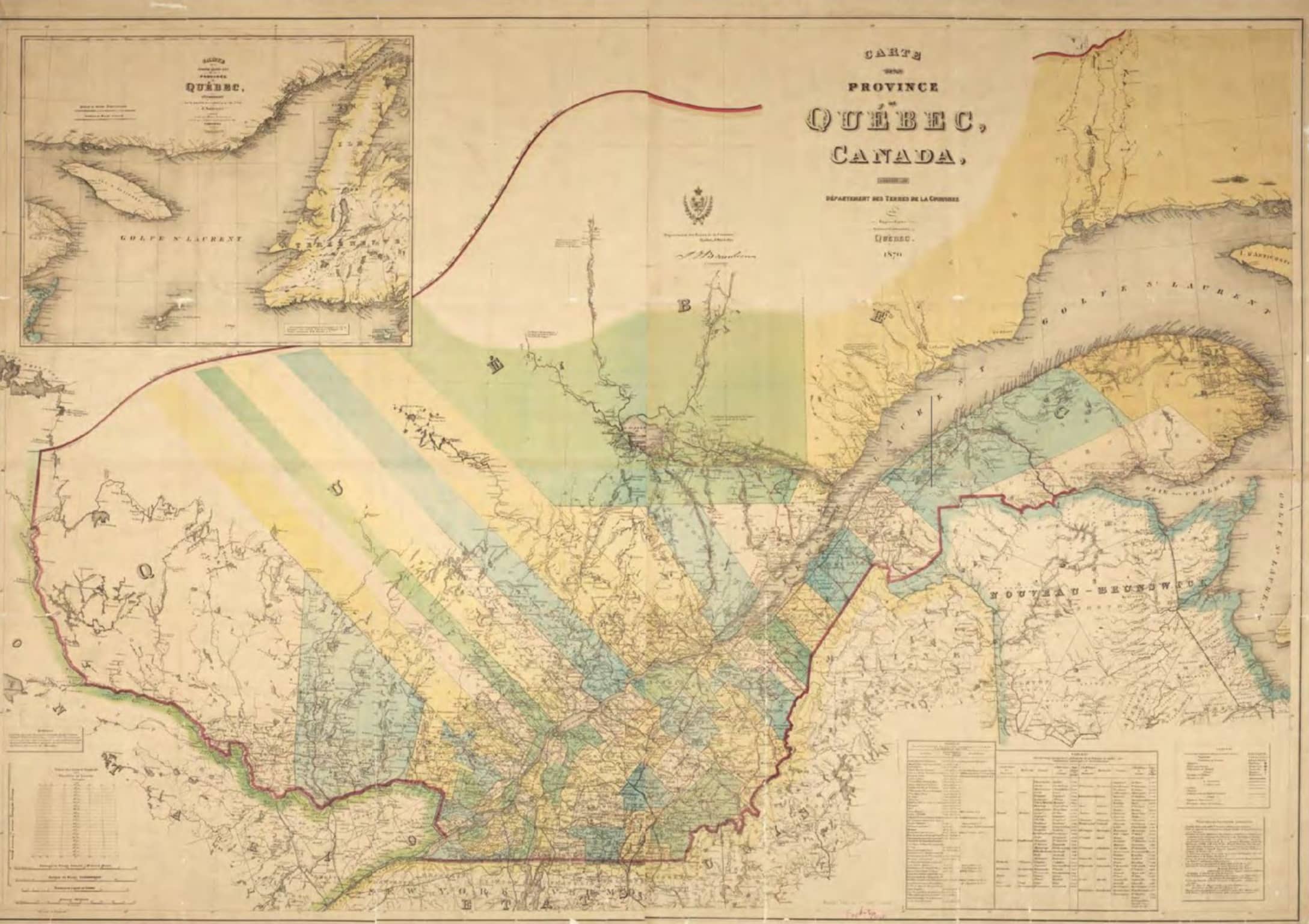 As the assistant commissioner (deputy minister) of Crown lands for the province of Quebec, Taché created this map just three years after Confederation, when Quebec’s boundaries had already been in flux for more than a century, since most of what was left of New France was ceded to Great Britain at the end of the Seven Years’ War in 1763.