'Does Chocolate Age As Well As Wine?' 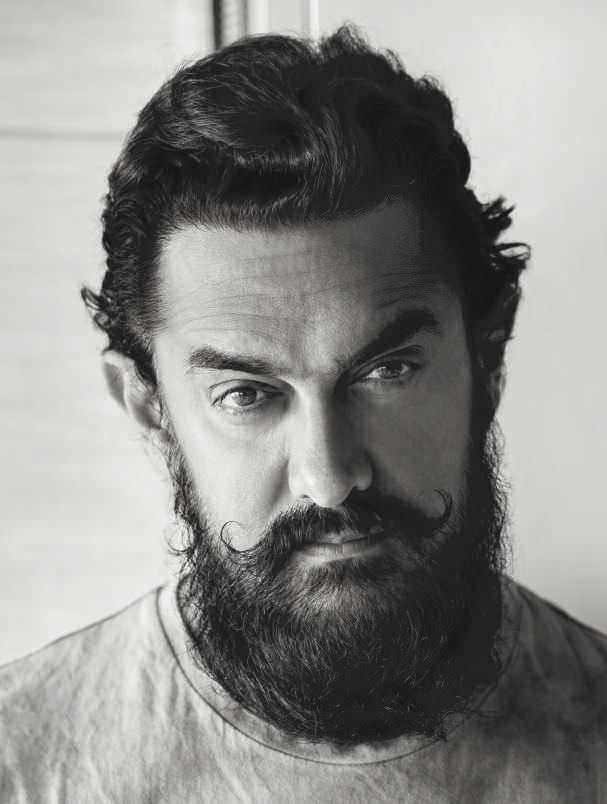 In a run-up to his 52nd birthday on march 14, Aamir Khan is in the mood to do the unusual. He lets us in to his home and heart for a retrospective chat, and poses sportingly for some great pics.

MEETING AAMIR Khan is like meeting someone I’ve known for years. It’s the first time I’ve ever had a conversation with him, but I grew up with the actor. He was my first crush. His Hum Hain Rahi Pyar Ke was the first Bollywood film I was ever allowed to watch on the big screen. When I was in my teens I had a massive poster of him plastered on my bedroom wall. I have no doubt, after Qayamat Se Qayamat Tak (QSQT), many bedroom walls suffered a similar fate.

Now at 52, the actor is no longer cute; no longer Bollywood’s chocolate boy. But his talent still makes me weak in the knees. After all, Aamir can play a 19-year-old college boy and a 55-year-old father of four with equal conviction. He’s been a lover boy (QSQT), a grey character (Raakh). He followed Earth with Mann (and, um, Mela). And he gave India one of its most driven content-based films with Lagaan, turning what might have been ‘art’ cinema into a box office hit.

You may believe that with Aamir Khan, the only formula that works is no formula. That’s certainly the story that’s been peddled by the press for many, many years. But the press is wrong and so are you.

Aamir Khan does have a formula when he works. But it’s based on instinct. He chooses stories that appeal to him and plays characters he’s deeply interested in. It’s just that simple, but its effect knocks us off our feet. “I love to try new things,” says the actor, settling back on the sofa in his office. For instance, Rang De Basanti was the fifth film on Chandrashekhar Azad and Bhagat Singh, and the earlier ones had all been box office disasters. But I still took it up because I found it interesting.”

The character is all that matters. “For instance, many people, including me, thought it was too early for me to play a father to two grown-up daughters, but I found the script of Dangal irresistible. I had to do it!” says Aamir. Dangal became a 700 crore global hit, lauded just as much for its story as for his acting.