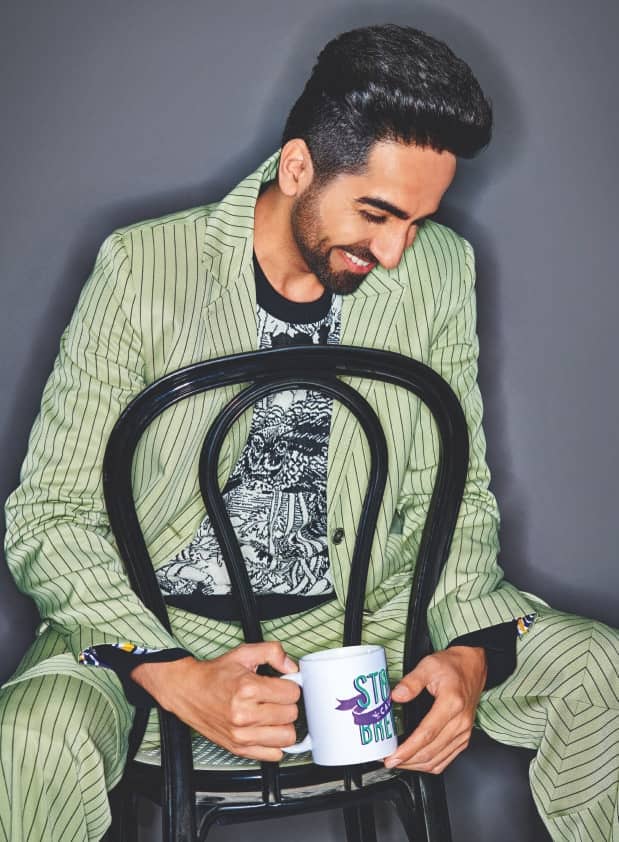 Presenting Five Real Life Avatars Of India’s Most Versatile Actor Who Has Broken Rules On Screen And Off It Too!

When it comes to taboo subjects, actor Ayushmann Khurrana’s CV seems to grow with every release. The 36-year old is grabbing eyeballs, headlines and every role that normalises anything considered off limits or forbidden. Situational comedies with a social message, where he plays the protagonist, are snowballing into a brand of cinema that he is becoming identified with.

“I’m getting scripts that are so fresh that people get intrigued by watching the trailer. Choosing subjects that are most unique is my endeavour throughout,” says Ayushmann. This choice of unconventional subjects comes with a lot of security. “My idea is to give out-of-the-box stories to the audience. That gives me a kick as an artist. I could be self deprecating also, at the same time – most of the time the humour revolves around my situation, and coming from the veejay-ing school of thought, I feel one needs to be a very secure human being to be able to do so.”

Our everyday hero has not only kept critics and commercial cinema buffs upbeat but has also emerged as a fashion and fitness icon. Off the reel-life, he’s a modern family man: a supporting brother and husband as well as a doting dad of two!

In anHT Brunch exclusive, take a peek at five, if not 50, shades of Ayushmann Khurrana.

SPERM DONOR TO IMPOTENT HERO: A MAN OF CHARACTER

Ayushmann dived into off-beat subjects right with his first film Vicky Donor (2012) in which he played a sperm donor. Surprisingly, it wasn’t something he chose to do on a whim.

“I was waiting for the correct script. As a veejay and an anchor I had interviewed a lot of actors and celebs. Having seen their growth and their ups and downs I learnt from their mistakes. I knew that with my first film I couldn’t afford to go wrong; I wouldn’t have got another chance because I’m not from the industry,” says Ayushmann.

So it was important to choose a subject that was a little intriguing and at the same time entertaining for a family. “I somehow felt that this kind of role could be my USP. Today, you have to crack your own USP – your niche, your space – and I was fortunate to get that right frommy first film,” he says.